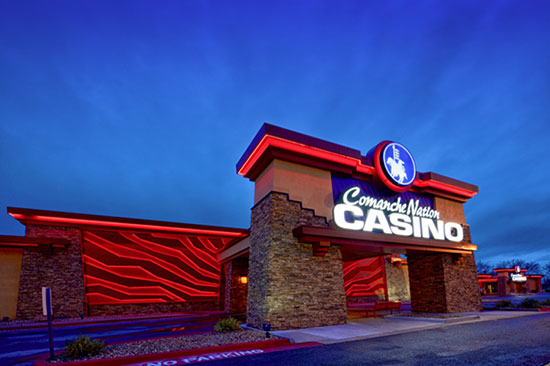 OKLAHOMA CITY, Okla. — The Oklahoma Indian Gaming Association (OIGA) voted on Thursday to amend its bylaws and remove Comanche Nation of Oklahoma and the Otoe-Missouria Tribe from its organization for the rest of the year.

The two tribes came under fire by the OIGA for re-negotiating gaming compacts with Oklahoma Governor Kevin Stitt in April. The two tribes say that it is their sovereign right to negotiate individually with the governor and do not have to do so collectively.

“Each tribe has the right to negotiate the best compact available for their tribal government. We still support the intentions of the other tribes to fight for the very best compact for their individual governments. I certainly hope as negotiations continue, other tribes won’t be singled out for exercising their tribal sovereignty,” Otoe-Missouria Tribe’s Chairman John R. Shotton said.

“I believe the hype of United for Oklahoma gets lost when a sovereign nation does indeed practice sovereignty,” Nelson said.

The other Oklahoma tribal nations are suing the state in federal court over the validity of their existing gaming compacts.

Thursday’s action by the OIGA board of directors suspends the two tribes until December 31, 2020.

“This was a difficult decision to make, but it was the correct one. Oklahoma Indian Gaming Association works best when its membership can speak frankly and with the trust that all members are working together to support our industry as a whole,” said OIGA Chairman Matthew L. Morgan.

Last year, Gov. Stitt, who is a tribal citizen of the Cherokee Nation, in his first year in office sought to renegotiate gaming compacts saying the existing compacts are outdated and wants to deal with each tribe individually because the “one-size-fits-all” model no longer is necessary.