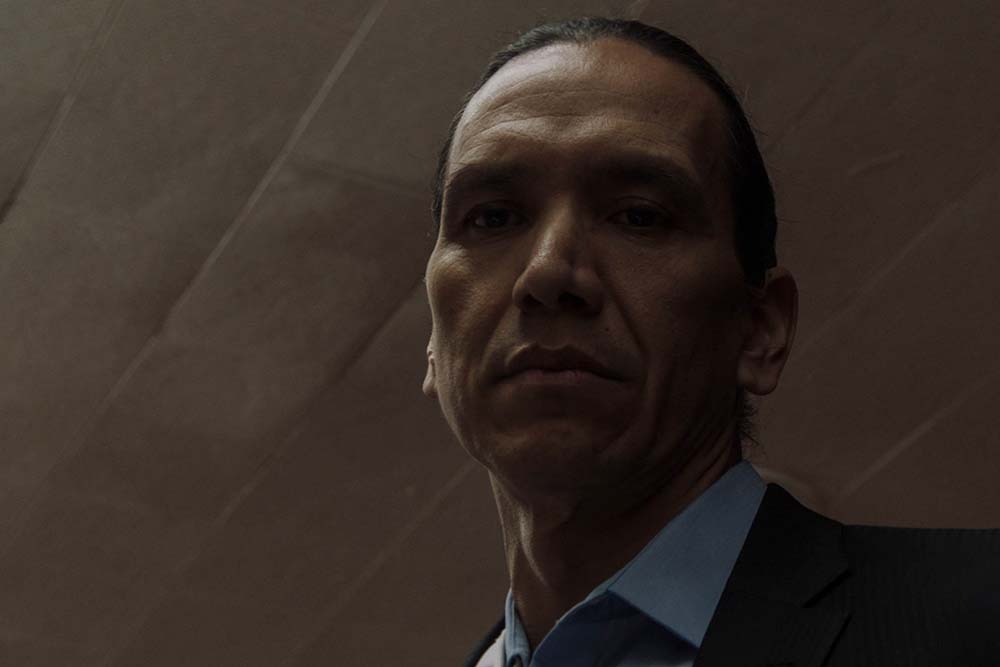 Native people in cinema have been categorized into stereotypical and inconsequential roles, which has created a gap in Native-centric films that allow for any worthwhile character development. Some Native filmmakers are working to break away from historical settings and cultivate more fleshed out storylines for contemporary Native protagonists. For Sundance Institute alum, writer and director Lyle Mitchell Corbine Jr. (Shinaab), it was a necessity to show audiences the inner workings of Native minds, even the more questionable characters.

The 87-minute drama focuses on two Anishinaabe cousins that became involved in the cover-up of a murder committed during their adolescence. Makwa/Michael and Ted-O grow up to lead polar opposite lives all the while dealing with their inner demons in different ways.

Originally from Garrison, Minn. and a member of the Bad River Band of the Lake Superior Tribe of Chippewa, Corbine wanted to reconnect with his regional background for the story. The film’s characters are loosely based on Corbine’s family members, especially for Ted-O’s adult appearance, while he took more liberties with the darker themes of the plot. Murder was not based on an actual incident but hints at the ongoing missing persons cases throughout reservations.

“I was feeling a little bit out of touch when I moved away from my reservation. I kind of felt like I was living not like a lie, but I was just living a very different life than I had grown with so I was just writing down feelings about that,” Corbine explained during a panel with The Atlantic.

Broken into three distinct sections, the feature tackles the intergenerational trauma that resonates for many Native people. Beginning with a sickly, lone Native man wandering in the woods, he speaks in Ojibwe believing himself to be the last of a dying tribe. The audience is then taken to the 1980s and introduced to Makwa, a bullied Anishinaabe boy from an abusive family, and his confidant Ted-O, who teaches him how to shoot. As the movie progresses to the present day, Corbine’s writing and cinematography further contextualizes the trauma the two main characters witness and have to live with into adulthood.

Young M'Chigeeng First Nation actor Phoenix Wilson (“Indian Horse”) portrays the soft-spoken Makwa in a way that exemplifies the frustration of preteens as he attempts to bring his own sense of justice to his dire situations. Greyeyes plays off of his younger version to deliver a daunting performance as a middle-aged, successful businessman who changed his name to Michael. 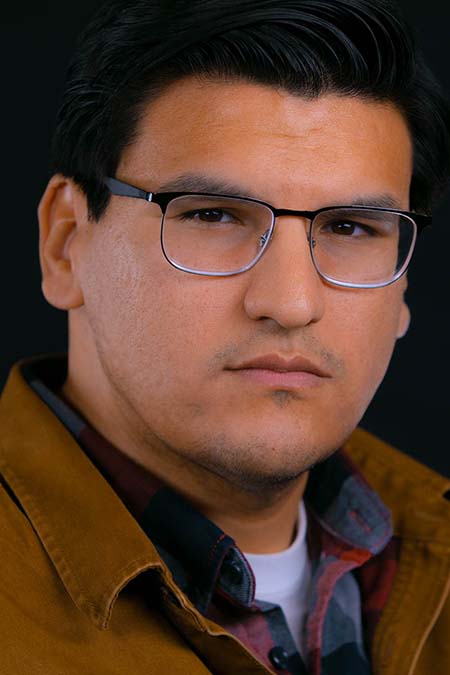 Lyle Mitchell Corbine Jr., director of “Wild Indian,” an official selection of the U.S. Dramatic Competition at the 2021 Sundance Film Festival. (Courtesy Sundance Institute; photo by Joel Feld)“As an actor I felt an absolute need to be unafraid to deal with the kind of violence that I think we all see in our lives, lives around us. And for a long time, Hollywood portrayed us in grotesque ways and in this case with Lyle’s sure-hand and with a cast that I loved, I felt safe to reclaim that kind of portrayal and recontextualize it in our terms,” Greyeyes said.

“This examination of whatever system you’re talking about, you know Manifest Destiny, racism, colonialism and trauma, work its way through our bodies and across our bodies all the time. And when I saw the final cut of the film I realized (Lyle) created this poem using these images, using our bodies.”

His character addresses concerns of assimilation, represented through his career and marriage, and his unspoken need to maintain some sort of cultural connection via his home décor and long hair. Michael hides in plain sight as he represses his violent urges and distances himself emotionally from his wife (Bosworth) and his coworker (Eisenberg).

“From Greta’s perspective, I often read (the script) through the lens of kind of love and self-love and lack of that and sort of shame and how an upbringing or an experience can affect a person,” said Bosworth.

“Every single beat and every word that I read was really like straight piercing to the soul and whether it was horrific or poignant or poetic or whatever Lyle wanting to communicate it was just very, very honest.”

Eisenberg, who is also an executive producer, was immediately drawn to the project and made himself available to Corbine.

“I’m most curious about stories that depict cultures that I don’t know enough about. And as Lyle said, my character is kind of like the metaphor,” Eisenberg said.

“He’s kind of like whatever Lyle conceived through Makwa’s eyes of the kind of upwardly mobile white guy who's quite happy and seems to be self-actualized in a shallow way. I wanted to support that because I want to support stories like that. So even though as an actor in some ways it feels like a diminished (role), it actually adds to the movie in such a wonderful way.”

Even more so, Spencer’s depiction of the troubled Ted-O proved captivating throughout each scene. Ted-O is presented as a tattoo-covered convict, who tries to reconnect with his family. Spencer’s raw expressiveness highlighted the humanity behind his seemingly unapproachable character, who lost his innocence long ago, but still desires tenderness and love.

“With Ted-O, I knew I had to bring some type of sensitivity because his exterior was so big with the tattoos, coming out of jail and the shaved head. And so my job is to make sure that I made him human and more sensitive and very present and very guilt ridden for what he had done,” Spencer said.

“Wild Indian” offers a visceral look into the lives and motives of contemporary Native people, both on and off the Rez. Every character must face his or her own challenges with an underlying need to simply survive. A theme that is all too real for many Indigenous people.

“I hope that people walk away knowing a little bit more about what goes on in the hearts of Native people,” Corbine said.