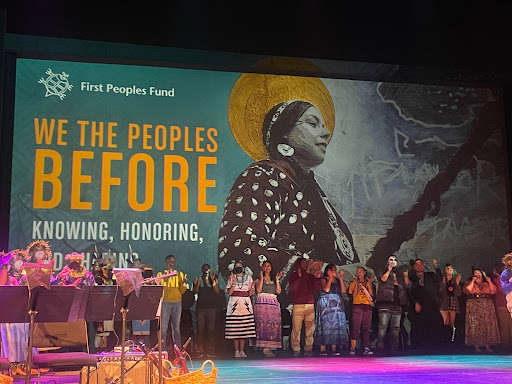 WASHINGTON, D.C. — The Kennedy Center’s Eisenhower Theater was sold out on Friday, July 1st for the We The Peoples Before stage production that drew a crowd of Native Americans from various parts of Indian Country as well as other attendees who sat for the two-hour long performance. 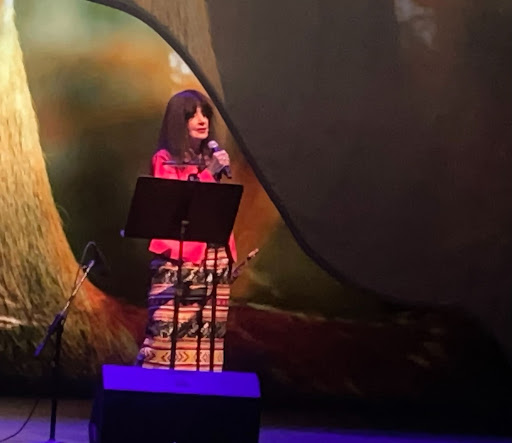 “This location feels like the stars have aligned and here we are tonight. We are here to tell our story, as it should be told through our legs, from our hearts and from the place of resilience and love, the love for ancestral homelands and territories,” Lori Pouiri (Oglala Sioux Tribe), president of the First Peoples Fund, said during her opening remarks.

We The Peoples Before was billed as a collaboration in recognition of the rightful place of Native cultural practice as a central influence on the national landscape of arts and culture in the United States. 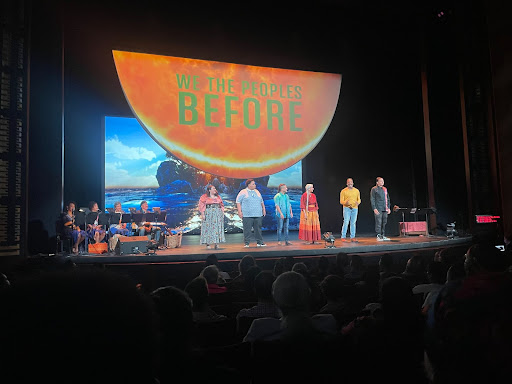 A portion of the production’s cast.

The production was a spectacular performance of Native American talent that mixed narrative, song, and dance. The performance told historic stories of purposeful attempts to destroy Native peoples by genocide and the intention of stripping the Indigenous people of this continent of their land and culture.

“Last night’s performance was just simply sensational,” Solimon told Native News Online. “The performance left me feeling bubbly. The diversity of culture, all the singing, and the other kinds of talent that was expressed there was fabulous.” 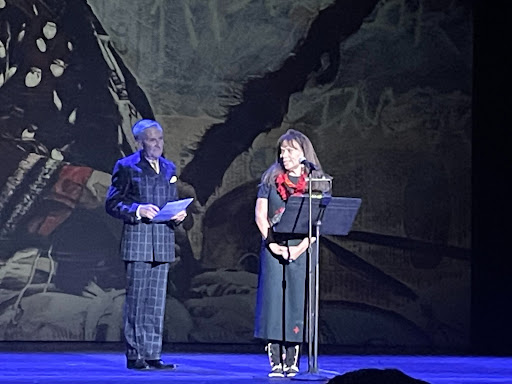 Shannon Martin (Gun Lake Tribe), accompanied her elderly parents to the Kennedy Center from Michigan. Martin, a consultant who is the former director of the Ziibiwing Center of Anishinabe Culture and Lifeways in Mt. Pleasant, Mich., said the production invoked the resiliency of our people by revisiting where we come from and understanding the hardship and the adversity we have lived through.

“The eclectic body of work highlighted both our traditional storytelling lifeways to the contemporary, dynamic storytelling of our youth through slam poetry and hip hop lyrics.
For me, the feeling of sitting in the middle of the room, the Eisenhower Theater at the Kennedy Center, surrounded by black and brown people, was just amazing,” Martin said.

Martin says she would like to see the National Endowment for the Arts fully fund the production to take it on the road and tour North America and the world because of the message and the history and the celebration of who we are as Indigenous people should be shared.