‘We Can Survive Anything’: Blackfeet Film About 1700s Smallpox Epidemic Moves Forward Despite Covid-19 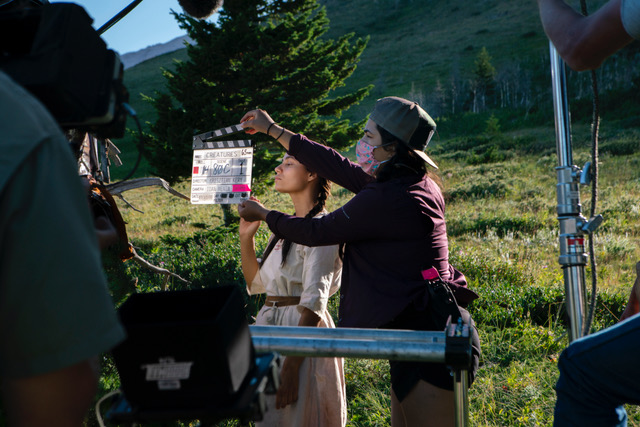 BROWNING, Mont. — With most of Hollywood shut down for in-person filming, independent filmmakers are taking the helm to show what is possible during a global pandemic.

After years of planning, the ambitious crew and cast behind the upcoming film “Sooyii” decided to proceed with production in rural Montana. Working closely with the Blackfeet Nation, the historical-based movie focuses on the introduction of horses to the tribe and its correlation to the devastating effects of the smallpox epidemic in the 1700s.

Imported from Spain, horses, also known also as “elk dogs,” were introduced to the tribe who used them for hauling belongings and hunting buffalo, as well as to their advantage on the battlefield. Today, many Blackfeet continue their traditions and have strong relationships with horses. 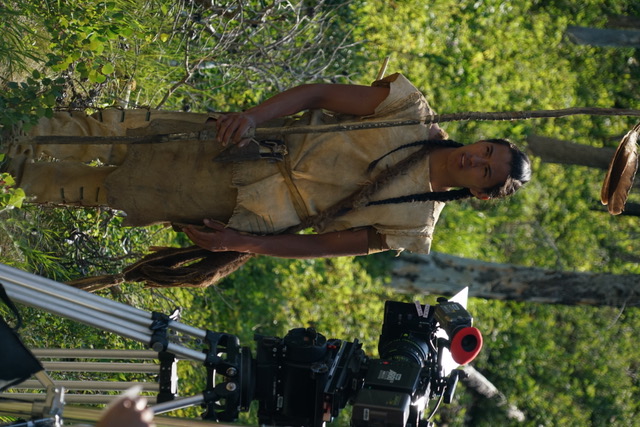 The former Haskell student and now University of Montana athlete grew up immersed in Blackfeet culture and, while not a fluent speaker, has a deep understanding of the language. He hopes the film will serve as a form of cultural revitalization and inspiration for Native kids to see actors and actresses who look like them on screen.

“Move over ‘Twilight,’ I’m the real deal,” Kipp said, praising the production team’s dedication to accuracy and attention to detail.

In his debut acting role, Kipp depicts a lone Blackfoot man trying to navigate his interactions with warring tribes amid the smallpox outbreak, which killed an estimated two-thirds of the Blackfeet tribe.

“I got to portray a Piikani warrior, words can’t describe what I feel about this film and being able to be a part of it,” Kipp said.

The irony of filming a pandemic-themed story during the Covid-19 pandemic was not lost on all those involved in the production. Everyone’s health and well-being took priority and required daily precautions.

“It was a challenge to figure out how to go forward with this,” said Hungarian director Krisztian Kery.

The vast open spaces on and near tribal lands allowed the cast and crew to socially distance and maintain safety standards while keeping in touch with tribal officials, but they were also met with other challenges.

In August, Hall opened his over 4,000-acre ranch as a shooting location for the film and it even appears in a flashback sequence. He also provided numerous resources, such as horses, and helped build pieces for the set design. As part of the story, Hall built a traditional hut for the two leads, Kipp and Cheyenne Gordon (Shoshone), days before shooting. Kery and the camera crew returned quickly to base camp and Hall after discovering a bear moved into the hut.

“Maybe he figured we built him a house,” joked Hall, who managed to get the bear out with minimal damage to the set.

To promote authenticity, Kery and Hall worked with other film producers to recruit as many Blackfeet tribal members and Elders as possible for various acting roles, including Hall’s daughter and three-year-old grandson, serving as cultural and language consultants and learning the myriad of crew responsibilities.

“If (filmmakers) go to reservations, they should hire a crew from there and teach them about the crafts,” said Kery.

Sooyii is the first full-length directing feature for the stuntman turned director, who learned much of his craft through observation and experience. In his 20-plus-year career, Kery met and befriended various Blackfeet stuntmen and wranglers, including Hall, while filming Western movies.

After learning more about the tribe’s history and the significance of horses, Kery wanted to work with the tribe to tell a story from their perspective and “use the original language.” He said that the two years he spent researching the project was still not enough to accurately convey Blackfeet culture, but he is grateful for the relationships he made with the consultants.

The film pays homage to the animals that helped strengthen the tribe’s territory and to Blackfeet ancestors who lost their lives. One featured scene includes the approximate location where an entire village was wiped out.

Hall hopes the film will encourage other tribes to share their stories and culture for future generations.

“How do you collectively manage a mysterious and deadly pathogen that rapidly spreads from person to person? The Blackfeet Nation has kept these stories alive for generations and now we are sharing them with the rest of the world. If there is one lesson that our past holds for this future generation, it’s that fear is the deadliest weapon of all. Conquer that, and logic will save you,” Hall said.

“I feel like this story had to be told,” he added, “Blackfeet are so resilient. We can survive anything.”