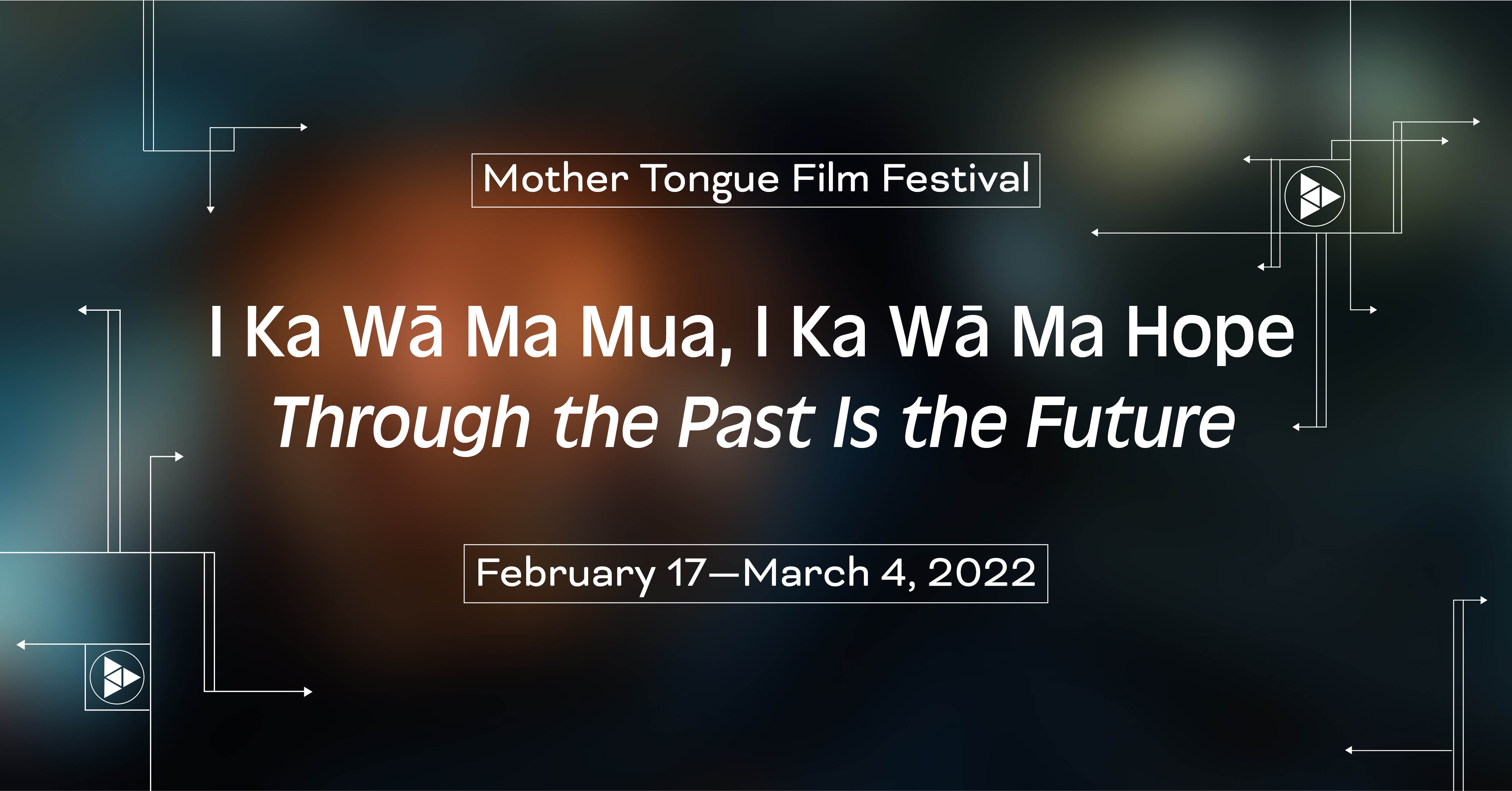 This week, the Mother Tongue Film Festival celebrates its seventh annual virtual festival with on-demand film screenings and virtual events scheduled through March 4, 2022. The film festival is curated by the Smithsonian and features films and filmmakers from around the world that highlight the role languages play in culture and identity.

The festival centers around International Mother Language Day, Feb. 21, and is co-presented with the UN Decade of Indigenous Languages.

The film festival’s mission states, “through digital storytelling, the festival amplifies the work of diverse practitioners who explore the power of language to connect the past, present, and future.”

“This year’s Mother Tongue Film Festival takes its inspiration from the ‘Ōlelo Hawaiʻi phrase i ka wā ma mua, i ka wā ma hope (through the past is the future), and in doing so, focuses on the gifts from the past and our obligations to those that came before as we chart our futures,” said Joshua A. Bell, curator of globalization at the Smithsonian’s National Museum of Natural History and co-director of the festival, in a press release. “Language is foundational to these relationships, which the festival’s films this year explore.”

“With the 2022 Mother Tongue Film Festival, we reflect on the legacies of our ancestors, whether they are manifested in the words we speak, songs we sing, land and sea we continue to use, documents we read, or the audiovisual recordings we watch,” said the festival’s website. “While acknowledging the burdens of the past, we focus on its gifts and its lessons to help us to build more equitable futures.”

The Mother Tongue Film Festival is a public program of Recovering Voices, a collaboration with the Smithsonian’s National Museum of Natural History, the National Museum of the American Indian, the Center for Folklife and Cultural Heritage, and the Asian Pacific American Center. The festival has also received support from the Latino Initiatives Pool, administered by the Smithsonian Latino Center, Columbia University School of the Arts, Documentary Educational Resources, the Embassy of Canada to the United States, the Québec Government Office in Washington, Georgetown University Department of Anthropology, The Elizabeth and Whitney MacMillan Endowment, Wick and Bonnie Moorman, the Environmental Film Festival in the Nation’s Capital, and Ferring Pharmaceuticals. Together, they hope to revitalize and sustain endangered languages and knowledge.

This year’s festival offers acclaimed films in a variety of formats and includes discussions with filmmakers, scholars, and Smithsonian staff. To view the full schedule, visit https://mothertongue.si.edu/.