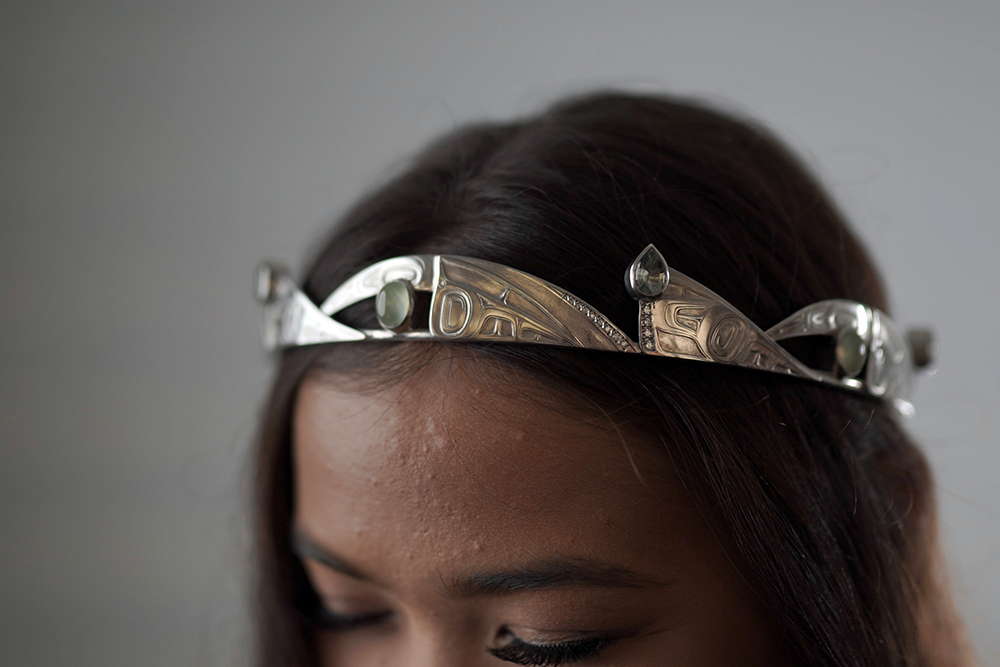 At the Metal Museum in Memphis, Tennessee, a new exhibit just opened that features an Indigenous artist’s exhibition, Royal Portrait, emphasizing the importance of Indigenous matriarchs through reimagining royal regalia and portraiture. 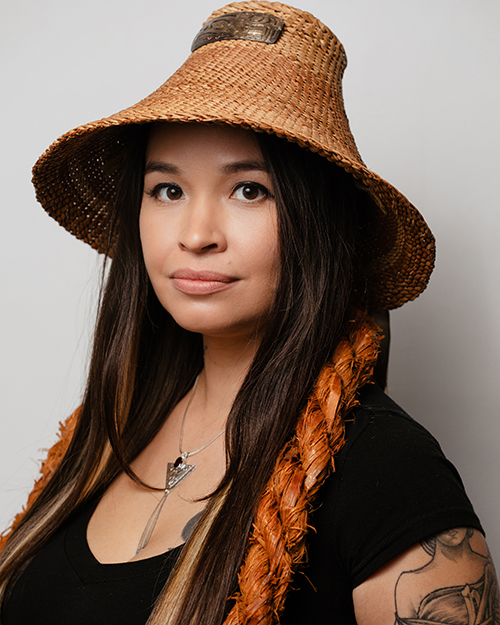 She has also studied bronze casting and even went on to receive diplomas in Jewelry Design and Stone Cutting from the Vancouver Metal Art School. Asoyuf even completed an intensive gem setting program at Revere Academy.

Her work has previously been featured in places such as the Bill Reid Gallery of Northwest Coast Art, the Museum of Vancouver, the Steinbrueck Native Gallery

In Asoyuf’s exhibit, she re-envisions the crowns, scepter, mantles, and jewelry that identify leaders to confront the traditional societal structures that exist. She uses jewelry and photography to shift the view of the power balance towards that of the matriarch.

In Ts’msyen culture, the matriarchs hold a special high-ranking position that can be both compared and contrasted to the western concept of royalty. It is the matriarchs job to make sure their community and land are taken care of.

“Today, there is much confusion and struggle in our communities in making these important decisions, especially around land,” writes Asoyuf. “Colonial governments and modern tribal councils often do not respect these inherent rights.”

Issues like Land Back, Missing and Murdered Indigenous Women and Two Spirit Individuals, and environmental sovereignty, are important movements that Asoyuf strives to bring attention to through her work.

“It is a crucial time for our people to create conversations around traditional societal structures, power and leadership,” Asoyuf stated. “We must properly acknowledge our matriarchs.”

Her exhibit will be featured at the Metal Museum Keeler Gallery from now till September 25.