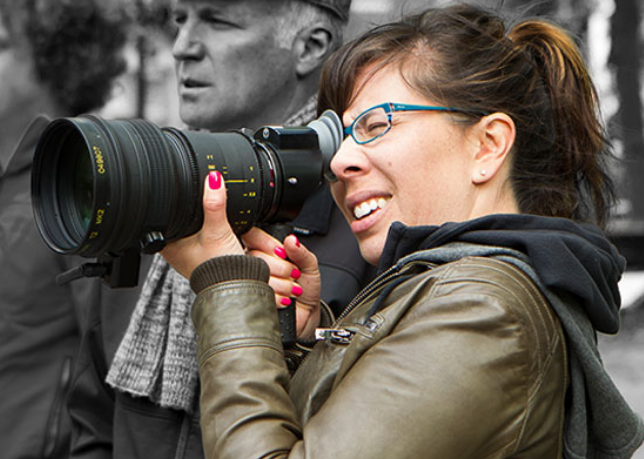 The film was previously under development with the working title Bright Path: The Jim Thorpe Story.

Deer (Mohawk) has been honored for her documentary filmmaking with two Gemini Awards and numerous awards from several film festivals. She has worked with the CBC, the National Film Board (NFB), and numerous independent production companies throughout Canada in both documentary and fiction.

“I am honored and thrilled to bring Jim Thorpe’s incredible story to the screen so audiences worldwide can experience the tremendous hurdles he overcame to become the ‘greatest athlete’ of the 20th century,” Deer said. “His resilience, passion and pride are shining examples of the greatness that Indigenous people are capable of but that the dominant society has tried so hard to quash over the years.”

“I was always taught, ‘things happen for a reason,’ and that has been true in building this movie. I strongly believe the Creator has been guiding us through the path to recreate Jim Thorpe’s amazing story, and it led us directly to Tracey Deer,” Darling said.  “Just as Jim was at the forefront of breaking ground for Native Americans in athletics, Deer is blazing a trail at the forefront of her industry. She is one of the most talented Native female filmmakers to emerge during this time.”

The script of Thorpe is by William N. Collage (Emancipation). The script is based on Jim Thorpe: World’s Greatest Athlete, a book by author Robert Wheeler.

After winning Olympic gold for the pentathlon and decathlon in 1912, Thorpe was presented his medals by King Gustav V of Sweden, who told him, “You sir, are the greatest athlete in the world.

As well as Thorpe’s athleticism that led to him winning Olympic Gold Medals in the pentathlon and decathlon at the 1912 Olympic Games in Stockholm, Thorpe will shed light on the time he spent at Carlisle, an Indian boarding school. This highlight is timely with the U.S. Department of the Interior’s Federal Indian Boarding School Initiative that is its second year of investigating the atrocities that occurred to thousands of Native American children while attending Indian boarding schools for over a century.

Thorpe attended Carlisle Indian Industrial School as a teen and eventually played college football there under legendary coach Glenn “Pop” Warner, whom, the filmmakers said, sold Carlisle football to the public as an athletic version of Buffalo Bill’s Wild West Show. Collage’s script tells the story of Thorpe’s resilience as he ascends to college football dominance and ultimately achieves.

“The residential (boarding) school system is just one of the injustices Jim and so many of our people have had to survive. Just as Jim has now been rightfully restored to his proper place as an Olympic champion, so too it is time for the world to face the realities of systemic racism and persecution that has permeated North American society so that we can begin to heal as a nation,” Deer said.

Producer Chris Taylor (Chitimacha Tribe of Louisiana) feels the film “could have only been told one way. And that is with broad support from Indian Country. The real story of the boarding schools has not been told to a broad general audience, and while this movie will be Jim’s story, it also belongs to the more than 140 tribes whose children were taken to Carlisle and the myriad additional tribes in the U.S. and Canada whose children were taken to the other schools Carlisle inspired."