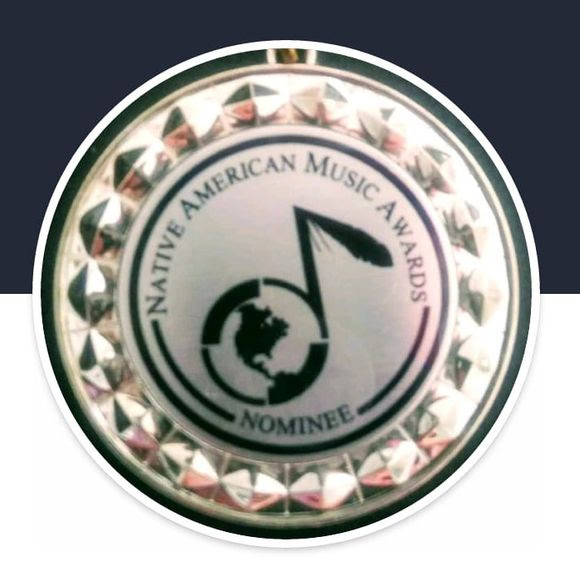 Mohawk artist Julian Taylor felt excited but very anxious upon hearing about his Native American Music Award nominations for his 2020 album “The Ridge.” Taylor is biracial and said he doesn’t look like a First Nations person. He worried, but then he thought about what his grandfather would say: “He would tell my warrior heart to stand up with pride.”

In August of 2020, amid the pandemic that was disproportionately affecting Indigenous communities, the Native American Music Awards (aka Nammys) announced it would postpone the awards show indefinitely. They had hoped to be back by 2021 but that didn’t happen. The nominees include music released from 2019 through 2021. This year the Nammy’s has 37 categories from best pop video to artist of the year.

Taylor’s maternal line has Mohawk roots in Kahnawake in Canada and his father and paternal grandfather are West Indian from a small island in the eastern Caribbean called Nevis.

“It's confusing and also very inspiring and special, because I look at my ancestors on both sides, the fact that we're still here, the fact that I was even born is extremely magical, and sacred, and very spiritual,” he said. “Just to be [nominated], means so much to me… I am very, very grateful for that opportunity.”

Another nominee is Darren Thompson, who also publishes at Native News Online. He is nominated for Best Flute Recording and is up against two people whose work he admires.

“One of them has already earned a Lifetime Achievement Award from the Native American Music Awards and that's Raymond Carlos, aka R. Carlos Nakai, who pretty much started the whole category of Native American flute music,” Thompson said. “He's chosen as a finalist and the other is Jonah Littlesunday. Him and I have performed together various times in the southwest, down at the Heard Museum.”

Thompson is self-taught and started when he was 19-years-old in his college dorm room. He bought his first flute at a now defunct music festival and started learning by doing. He was later offered $500 to perform in college, and as an undergraduate that was a lot of money. So, he took the gig and has been playing ever since.

“Never in my wildest dreams would I have ever thought I would even record a CD and I have three [now], and two of them have been nominated,” Thompson said. “And I didn't submit my first one because I didn't even think to do it.”

This is Thompson’s second nomination for a Nammy as a flutist. In 2016, he was nominated for Flutist of the Year. He is Ojibwe and Tohono O’odham from Lac du Flambeau in northern Wisconsin.

“I just consider myself extremely lucky and extremely blessed to have been able to cross paths with this instrument and learn as much as I have about it,” Thompson said. “Part of my work as a musician is sharing what I've learned with others so that it puts an even deeper context to who we are as a people and aspects to our culture, and history.”

His next goal is to play with the Wisconsin Chamber Orchestra, which is a lifelong goal that will finally come to fruition in March. He will be performing with them at the Wisconsin State Capitol.

Public voting began on January 21 and will end on March 31, 2022. This will determine the finalists and winners for each category. For the complete list of nominees visit the Native American Music Awards website. The award show will be virtual due to the ongoing pandemic and is tentatively scheduled for the spring.

This story has been updated to clarify Taylor's family connections.