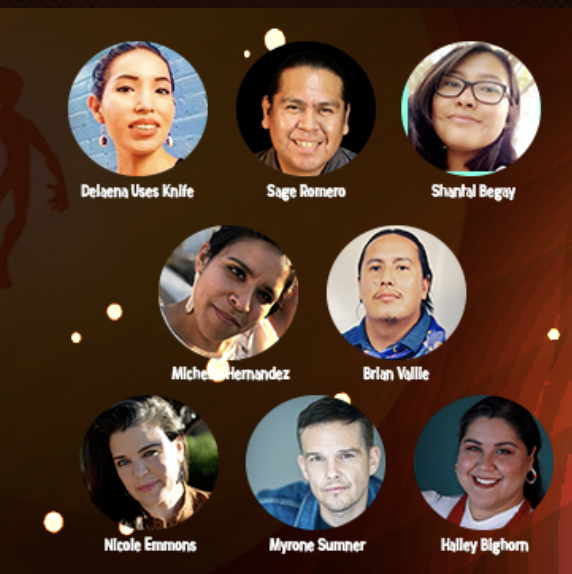 On Monday, the The Native American Media Alliance— a Los Angeles-based nonprofit that fosters Native inclusivity in the entertainment industry—selected the eight candidates for their third annual Native American Animation Lab.

It includes five days of workshops, seminars and coaching from top animators from Comedy Central, MTV Entertainment Group and Sony Pictures Animation. At the week’s end, mentees will each pitch a final project to a panel of executives for feedback and support.

“We have a talented community in need of exposure, access, and opportunity,” Native American Media Alliance director Ian Skorodin (Choctaw) said in a statement. “As animation continues to grow, it still lacks our community’s voice. This endeavor gets more Native Americans in front of the right people who can change that, develop their animation projects and build their animation careers.”

Fellows for the program were selected from across the country and represent a range of backgrounds and experiences, from self-published novel writer and storyteller Hailey Bighorn (Assiniboine Sioux/Shoshone Paiute) to writer and actor Myrone Sumner  (Tsimshian) who co-produced two adaptations of Stephen King stories, ‘Gray Matter’ and ‘All That You Love Will Be Carried Away.’ Other fellows include Shantal Begay (Navajo), Nicole Emmons (Citizen Potawatomi Nation), Michelle Hernandez (Wiyot), Sage Andrew Romero (Paiute/Taos Pueblo), Myrone Sumner (Tsimshian), and Delaena Uses Knife (Cheyenne River Sioux Tribe). To learn more about the program, click here.