Mud Lowery Creates at the Crossroads of Rodeo, Country, and Western Wear 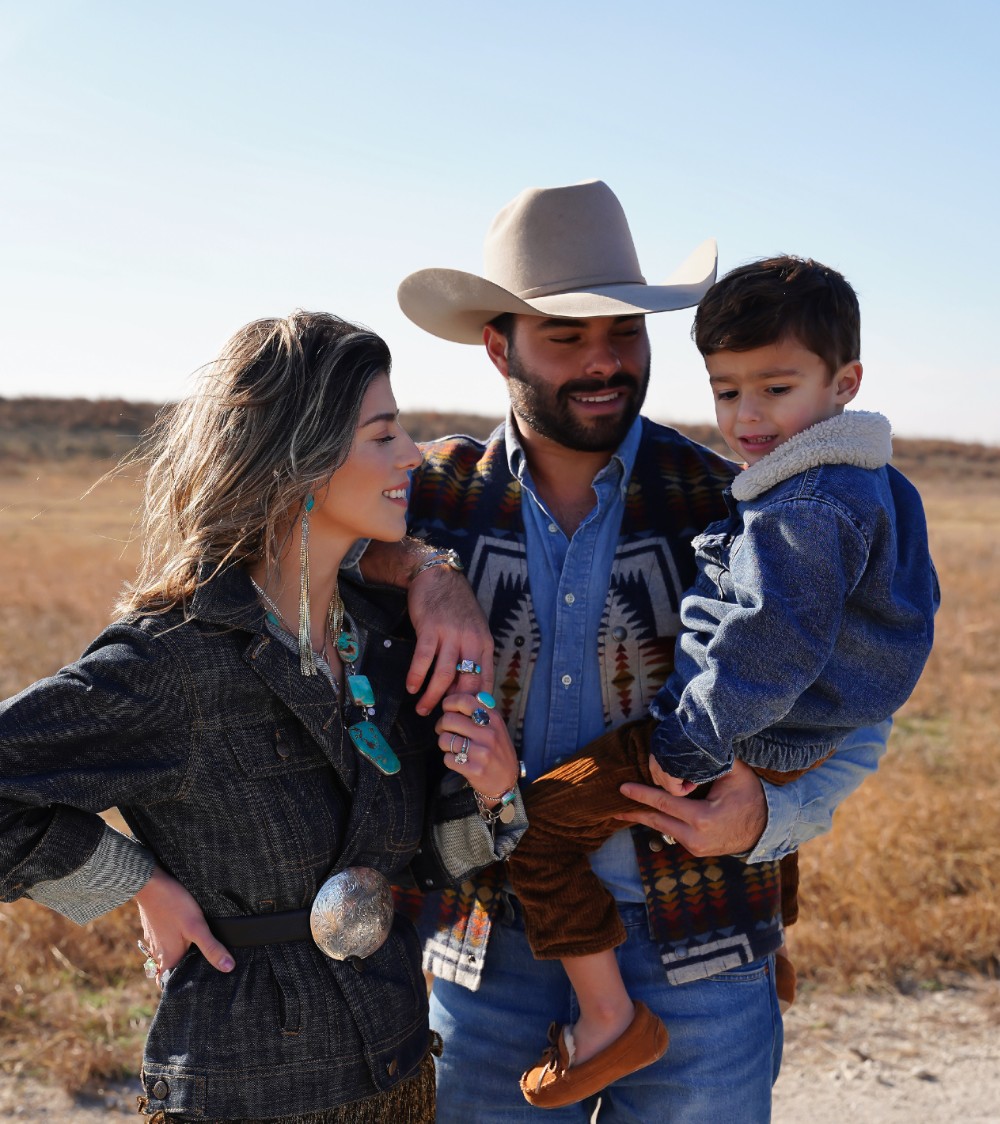 Shannon Lowery has lived many different lives, from being a team roper in Florida to managing a chain of western-wear stores in Texas, then becoming a marketing manager for a big western-apparel brand and getting his dream job in the defense industry, and now owning his own jewelry business, Mud Lowery. He’s worn a lot of different (cowboy) hats.

Mud Lowery plays in the middle ground between Native American jewelry and the playful, colorful aesthetic of western wear. The name comes from a nickname that Lowery got while in college at the University of Florida. He changed his Instagram handle to MudLowery, and when he moved to Texas everyone called him Mud. So, he decided to keep it.

Some of his jewelry are statement pieces that include giant pink gems, while others are classic Southwestern jewelry designs with beautiful nuggets of turquoise. His work caught the eye of Tiffany Gifford, wardrobe stylist for star country-western singer Miranda Lambert.

Lambert was first spotted in Mud Lowery jewelry when she was inducted into the National Cowgirl Hall of Fame last October. In November, she wore one of Lowery’s turquoise rings to perform at the Country Music Association Awards. This really helped Mud Lowery reach a whole new audience.

“I try not to get caught on celebrities wearing my jewelry, even though it's just such a great feeling,” Lowery said. “I have so many other people that aren't even on Instagram or don't even have Facebook that support me, and it's just as big of an impact.”

Lowery, who is Lumbee, started by making leather goods, and he slowly progressed into becoming a jeweler. Through his jobs in western wear, he would look at jewelry and gather knowledge about what pieces were used to make them. So, on a whim, he went to a silver supplier and bought the silver pieces and equipment. From there, it was trial and error until he found his way.

With YouTube tutorials and just learning by doing, he taught himself how to work with gold and silver. He learned expensive lessons, but they were fruitful. He makes about five to 10 pieces a week that sell out within minutes of release. Some of his more intricate pieces stay up on the website longer, but if you’re looking to secure a pair of his turquoise hoops, floating cuffs, or eternity bands, you have to be quick.

“I don't have a lot of stuff in stock because it sells pretty quick,” he said with a laugh. “I'll add to the website and people will go online, they’ll be fighting over it. They'll be messaging me like, 'oh my gosh, I had this in my cart and before one minute it was sold out.’”

Lowery does everything for the business. He is the creative director, photographer, photo editor, webmaster, graphic designer, and social-media manager, and sends out the packages himself. He says he’s able to do all of this because of the support from his wife, Lauren. She keeps their home running smoothly, from doing the house chores to caring for their child, and she’s the model for all of his pieces. She gives him input on the pieces he’s making, and ideas about what he should make next. 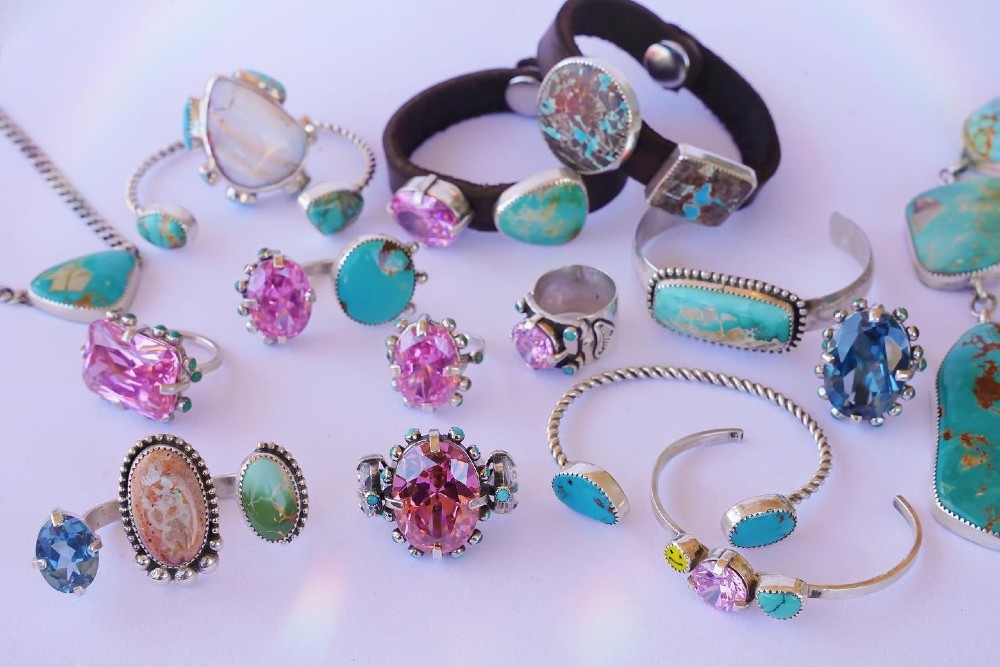 An assortment of Mud Lowery jewelry (Photo/Courtesy Mud Lowery)“I can do so much because she does so much,” Lowery said. “We make a really great team. I feel guilty sometimes, because I’m thinking the business looks like me, when people think of Mud Lowery they think of me, but it’s not just me. The jewelry is only getting made because my son and her are helping out.”

The inspiration for his jewelry comes from his family but also influencers in western wear. He recently made a piece inspired by Shaley Ham, who used the phrase, “yeehaw state of mind,” in her Instagram bio. During the National Finals Rodeo, Ham wore pants that said “yeehaw” on them. This inspired Lowery to make a pair of dangly earrings that say “yeehaw.” The silver letters dangle from a piece of turquoise, and each letter has a small piece of turquoise on it. Lowery looks at people in the western-wear industry from influencers to celebrities who commission him for work, and thinks about what jewelry would match their style. This is what has kept his jewelry fun, fresh, and new, he says.

Lowery knows the western-wear industry has long appropriated Indigenous culture and art. But he’s seen vast improvements in how people and companies react when they are called out for cultural appropriation.

“I came in at a good time where people were very appreciative of Native American culture, instead of appropriating it, but this is just a very recent thing. They used to not care. I mean, one of the biggest things was photoshoots with headdresses,” Lowery says. “I do feel like it has become a lot more respected and appreciated, even though there are still some brands that are using these symbols. It's not just people like me that are calling them out, there’s a lot of larger names like Shondina Lee.”

Lowery is just one of many Indigenous people who straddle the line between being part of the rodeo, country, and western-wear industries and being an Indigenous person.

He hopes to continue growing his small business, but doesn’t have any plans to quit his dream job, which is full-time.