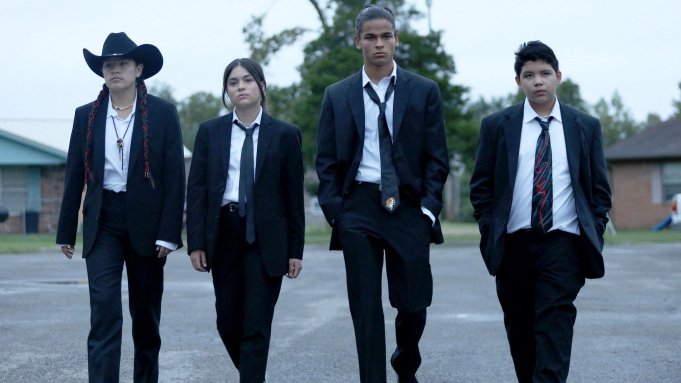 Famed filmmaker Taika Waititi (“What We Do In the Shadows,” “Jojo Rabbit,” “Thor: Ragnarok”) has teamed up with Indigenous writer and director Sterlin Harjo (Seminole, Muscogee) for the creation of a comedy series titled “Reservation Dogs.”

The series will follow four Native American teens in rural Oklahoma as they commit and fight crime together, and will star D’Pharaoh Woon-A-Tai (“Creeped Out”) as Bear, Devery Jacobs (“American Gods”) as Elora Danan, Paulina Alexis (“Beans”) as Willie Jack, and Lane Factor as Cheese.

Like the rest of Harjo’s work, the show was shot in Oklahoma. The pilot was co-written by Harjo and Waititi. Harjo also directed the first episode. The pair will work as executive producers on “Reservation Dogs,” and they will be joined by Garrett Basch, who is a producer from another show made by Waititi, “What We Do in the Shadows,” which also airs on FX.

The series is informed by Harjo’s own experience as a Native person from Oklahoma.

Waititi is from New Zealand and is of Māori and Jewish descent.

It is currently unknown when the show will air, but it is already being praised for bringing Indigenous stories and much-needed diversity to American television.