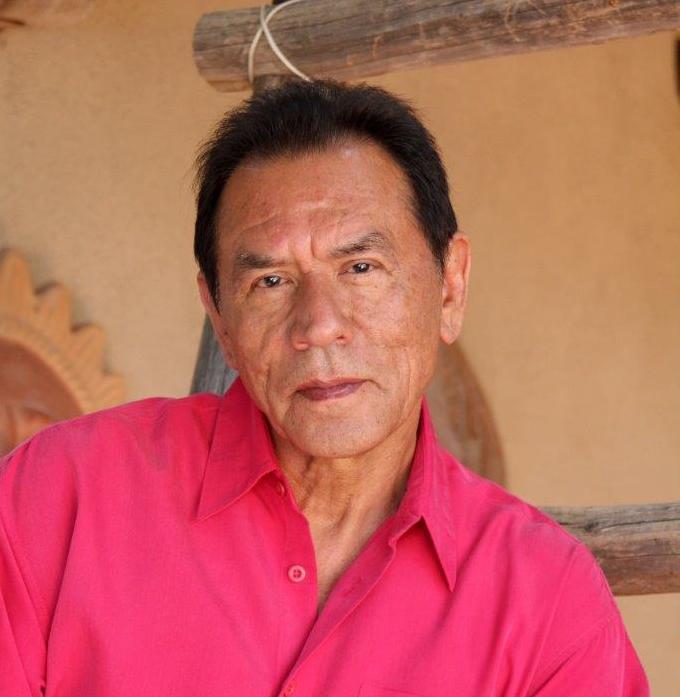 This weekend and next week, Indian Country is offering up an array of events celebrating Indigenous artists and heroes including Native American veterans, Cherokee film legend Wes Studi, and a mother-daughter basket-making duo from the biggest family of traditional weavers in Michigan.

Consult Native News Online’s event guide to squeeze the most culture and fun as you can into your schedule.

Next week, the prolific Academy Award-winning performer and producer will play himself, when he comes to Indianapolis as a special guest of the Eiteljorg Quest for the West Art Show and Sale.

Studi will share his passion for authentically representing Native Americans in popular media in special  Quest for the West events throughout the weekend.

Chances to catch Studi in person include a panel discussion with Quest for the West artists, and the public talk “A Conversation With Wes Studi,”in which Studi will discuss his career, followed by a Q and A session with the audience.

Studi, who has lent his charisma and resonant voice to feature films including The Last of the Mohicans and Dances with Wolves, was named one of the “25 greatest actors of the 21st century” by The New York Times.

For more information about Quest for the West and Studi’s appearances, click here. 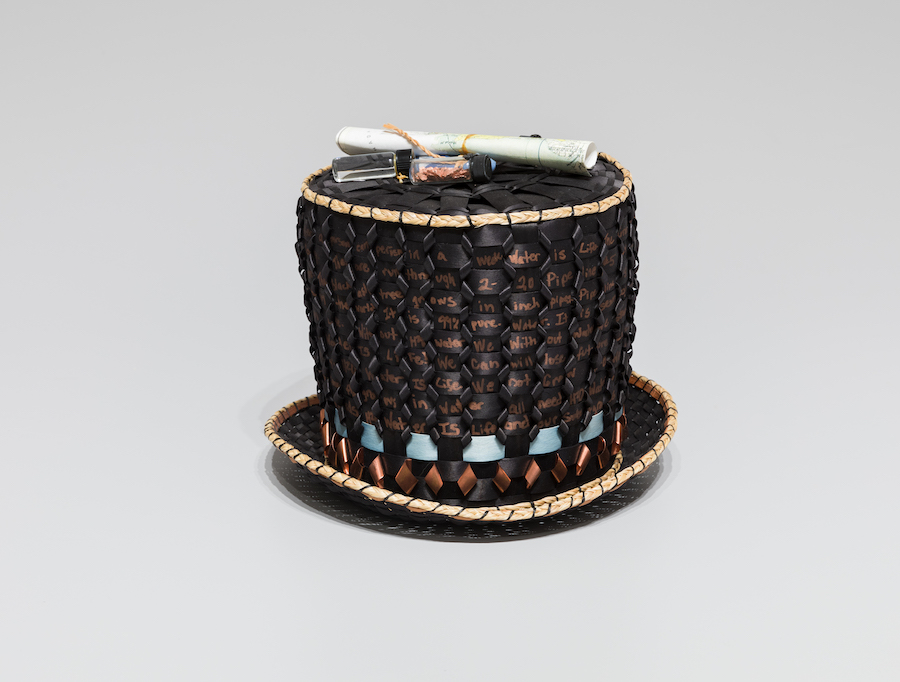 An Interwoven Legacy: The Black Ash Basketry of Kelly Church and Cherish Parrish is on display now through Feb 26, 2022, at the Grand Rapids Art Museum in Grand Rapids, MI. (Photo/Kelly Church)

An Interwoven Legacy: The Black Ash Basketry of Kelly Church and Cherish Parrish

Mother and daughter Kelly Church and Cherish Parrish are bound by blood and black ash.

The work of these weaving masters from the Match-E-Be-Nash-She-Wish Band of the Gun Lake Tribe, is currently on display in An Interwoven Legacy: The Black Ash Basketry of Kelly Church and Cherish Parrish.

Fortified with knowledge and skills passed down from a long unbroken line of traditional black ash basket weavers, Church and Parrish are well versed in the complicated and time consuming process of harvesting the raw materials for their baskets and ultimately fashioning them into intricate works of art.

“The black ash tree is an integral part of who we are, from creation stories to blood memories, to the baskets that we make today,” Kelly Church said in a statement. ​“We start with the black ash tree, and we do all of the processing — we harvest it, we process it, we cut it, and then we make a basket that tells a story of our life today. We’re combining the traditions of our past that have been carried on for thousands of years.”

An Interwoven Legacy is filled with more than 20 new pieces, and emphasizes two of the basketmaking duo’s main purposes: the urgency of keeping the basketmaking tradition alive, and their work to save black ash trees, which are being destroyed by an invasive insect called the emerald ash borer. 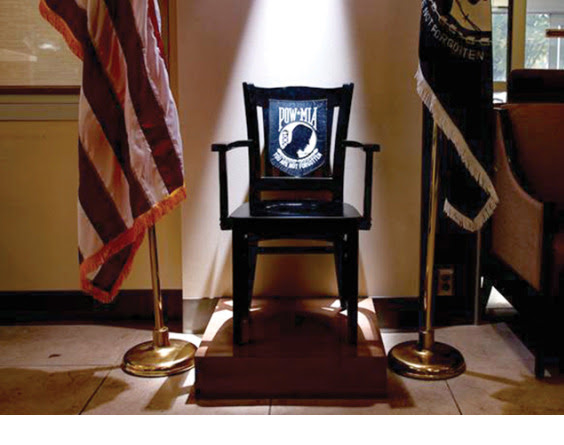 South Dakota’s Crazy Horse Memorial, which has a history of paying tribute to veterans through a variety of programs, exhibits,  and educational programs, will continue its vet-venerating tradition in an upcoming event honoring the bond between Indian Nations and the US Military.

On Friday, veterans and active service members will witness the unveiling of 'One Empty Seat' - a National Chair of Honor, at the Memorial’s Native American Educational and Cultural Center.

The event will commence with  an Honor Guard processional, and then transition into an hour-long program honoring POW-MIA soldiers and all of the veterans and active military in attendance, before culminating with the reveal of the new 'One Empty Seat' POW-MIA National Chair of Honor display. 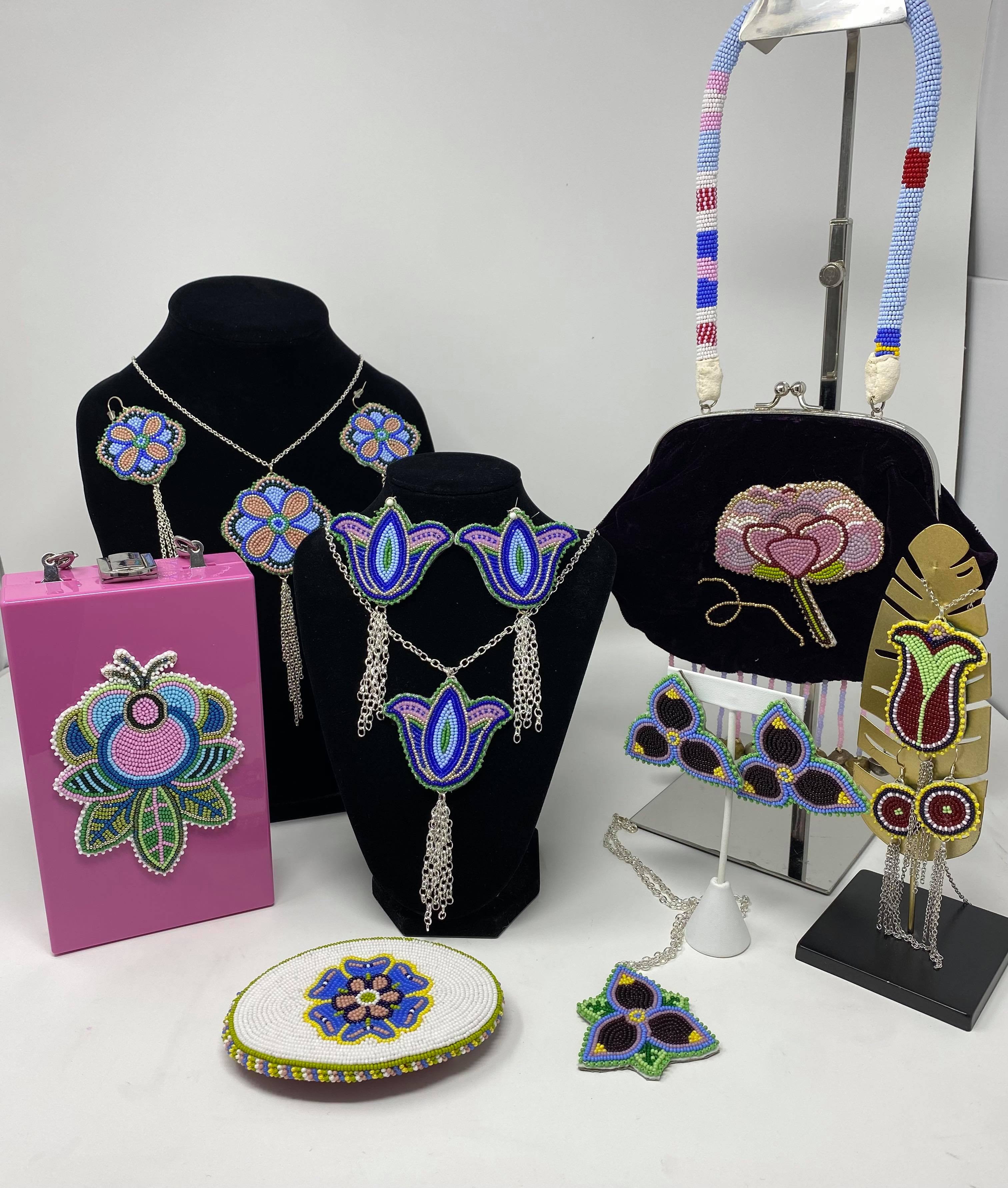 For a montage of Montana’s leading Indigenous artists, designers and performers,  ride on over to  Resiliency of Montana: Indigenous Art Exposure, a two day collaborative and educational event bringing together Montana tribal artists and Indigenous relatives,

The gallery opening will be accompanied by music from Teague Goodvoice, Crybaby and Foreshadow, and readings by Chris La Tray and Heather Cahoon.

Saturday will feature the Two Eagle River School student photography panel and slide show, and a fashion show emceed by Dr. Brad Hall and Dr. Annie Belcourt , highlighting Indigenous members from the community showcasing their heritage in both traditional and modern fashion by designers including Sweet Sage Woman. 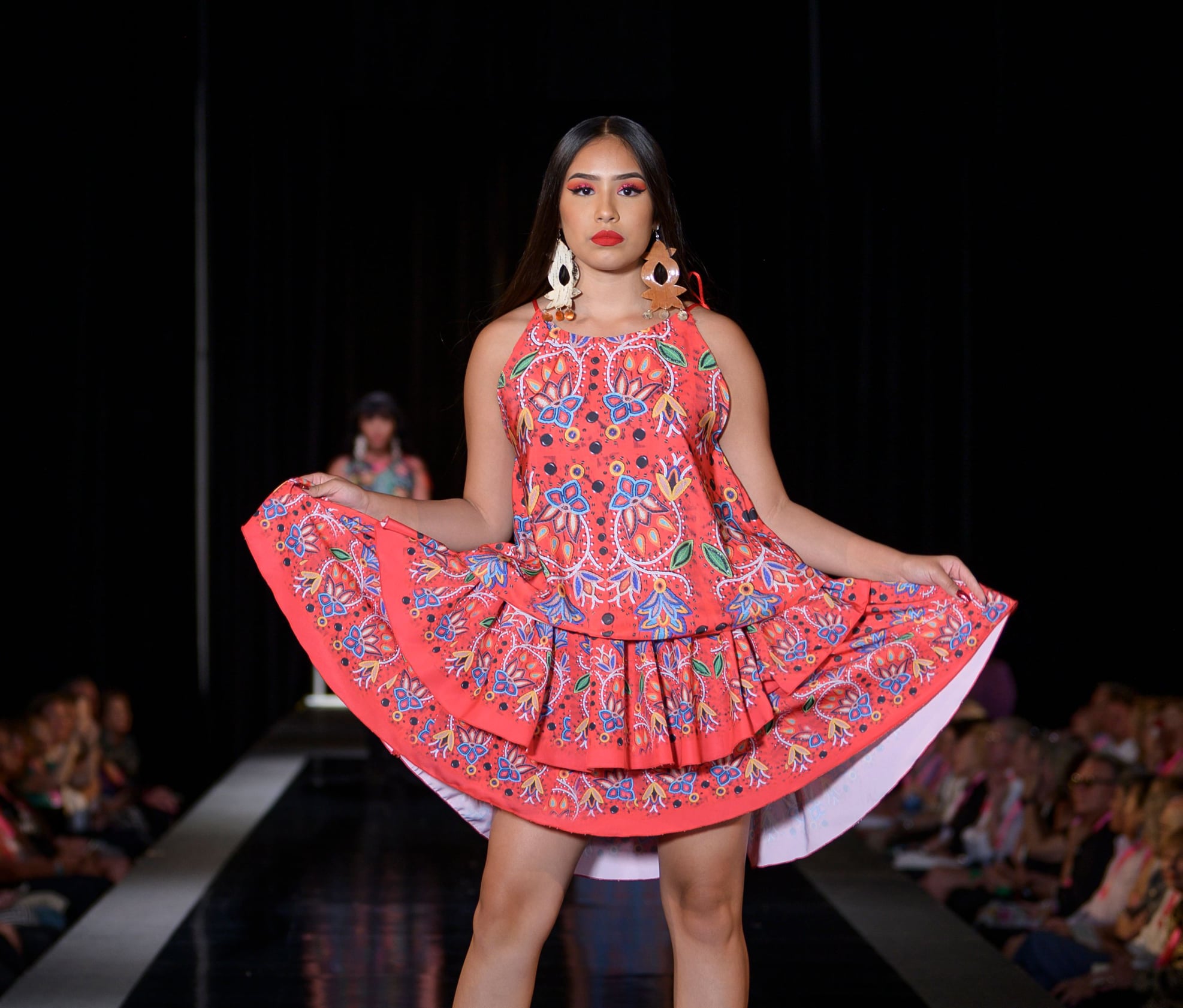 Clothing by Delina White of I Am Anishinaabe will be featured at the Native Visions Fashion Show on Tuesday, Sept. 14, at The Lynhall in Minneapolis, Minnesota. (Photo/Jason S. Ordaz)

WHERE: The Lynhall, 2640 Lyndale Ave. South, Minneapolis, Minnesota. Tickets are $25 or general admission and $50 for VIP. Purchase here.

Fresh from a spectacular showing at Santa Fe Indian Market, Delina White of I Am Anishinaabe is putting on an Indigenous style spectacular for Fashion Week Minnesota.

The Native Visions Fashion show doesn’t hit the runway until Tuesday, Sept. 14, but tickets are selling like crazy, so sew up your plans now or you may miss out on this showcase of Native chic

White’s work will stalk the catwalk, as will the creations of Cree and Dene designer  Osamuskwasis Roan and Diné designers Tanisha and Darlene Beetso of Beads Sews Creations, during this show featuring designs celebrating the vibrant art and apparel of the tribes of Minnesota, New Mexico, and Canada.