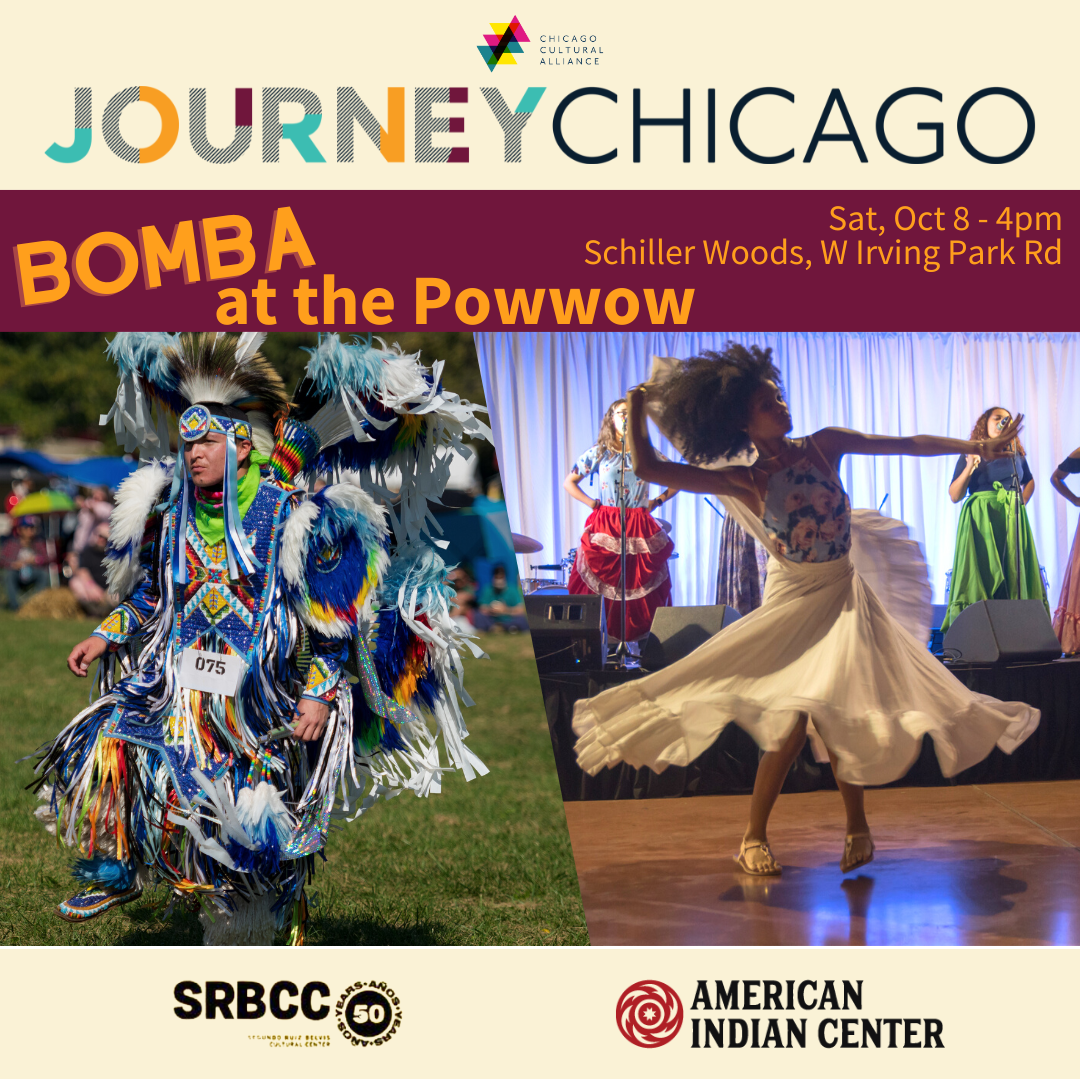 This weekend and next week, there’s plenty of activity in Native communities — from a special powwow that invites the Puerto Rican community to showcase their culture alongside their Native American neighbors to a symphony celebrating the works of Indigenous composers.

Join the Native American Health Center and Red Lightning Woman Power Singers Circle on Mondays from 5:30 p.m. to 7:30 p.m. PT for this free virtual event. This virtual space is meant to connect and heal women of all ages through singing and traditional songs.

EnsembleNewSRQ’s new season kicks off on Oct. 10 with “First Voices,” featuring Indigenous composers from the Americas, including Jerod Impichchaachaaha’ Tate (Chickasaw) and Michael Begay (Dine). The symphony will perform Tate’s “Talow’ Hiloha (Thunder Song”) conjures the raging storms of the plains, which Chickasaw people believed meant that the holy people above the clouds had gone to war. Begay’s “Clock of Autumn” captures the seasonal shift from fall to winter.

Award-winning Indigenous singer Kelly Jackson is a tribal member of the Lac du Flambeau Band, philanthropist and a tribal advocate. Her debut album, “Spirit of a Woman,” earned a NAMA for Best Americana Album of the Year, and “Renditions of the Soul” also received international recognition. Most recently, Kelly has collaborated with other inspirational artists, touching on a more alternative style pulling from spoken word, rap, and reggae with her nominated hit single,” Wake Up,” for the 2017 Native American Music Awards.

Hosted by the University of Wisconsin Milwaukee American Indian Student Center, the 43rd Annual Autumn Powwow is free and open to the public, featuring Indigenous food and craft vendors. Grand entries at noon and 5 p.m.

Bringing two extraordinary collections of Native American and American art together for the first time in our institution’s history, this long-term installation celebrates artistic achievements across time, space, and worldviews. The 250 artworks on display span time from 10,000 years ago to the present and demonstrate a range of voices, modes of expression, cultures, and media, including sculpture, paintings, textiles and costumes, furniture, decorative arts, works on paper, installations, video, and a re-envisioned period room.

All are welcome to witness and participate in powwow and bomba cultures.

This exhibition is a formal celebration of the Native American culture with the revitalization of singing, dancing and storytelling of the ancestors. Join in on learning and experience the Native American culture through a narrated Pow Wow exhibition. The drum group will present a Great Lakes Northern style of singing. They are Potawatomi Anishinaabe, formally one of the Three Fires people. The nations of the Three Fires are Potawatomi, Ojibway, and Ottawa. The event will include invited dancers and singers, artwork, Native American-made crafts, and apparel vendors. Tickets are $10.

Filled with stunning photographs revealing the richness and vibrancy of contemporary Native California cultures, “She Sang Me a Good Luck Song: The California Indian Photographs of Dugan Aguilar” is a statewide traveling exhibition. The exhibit, which opens at the Powell House Gallery Space on Oct. 10 and runs through Nov. 30, features portraits and landscapes that subvert the typical romanticized narrative of Native peoples. She Sang Me a Good Luck Song is based on the Heyday Books publication of the same name, edited by Theresa Harlan (Kewa Pueblo/Jemez Pueblo).

The festival returns in person for the first time since 2019 and includes several prominent Native American performers, including Lyndon Alec performing hoop dancing and the group Chikashsha Hithla demonstrating Chickasaw stomp dancing. Admission is $10 per person. Children 5 years old and under are free. Pre-registered groups of 10 or more are $8 per person.