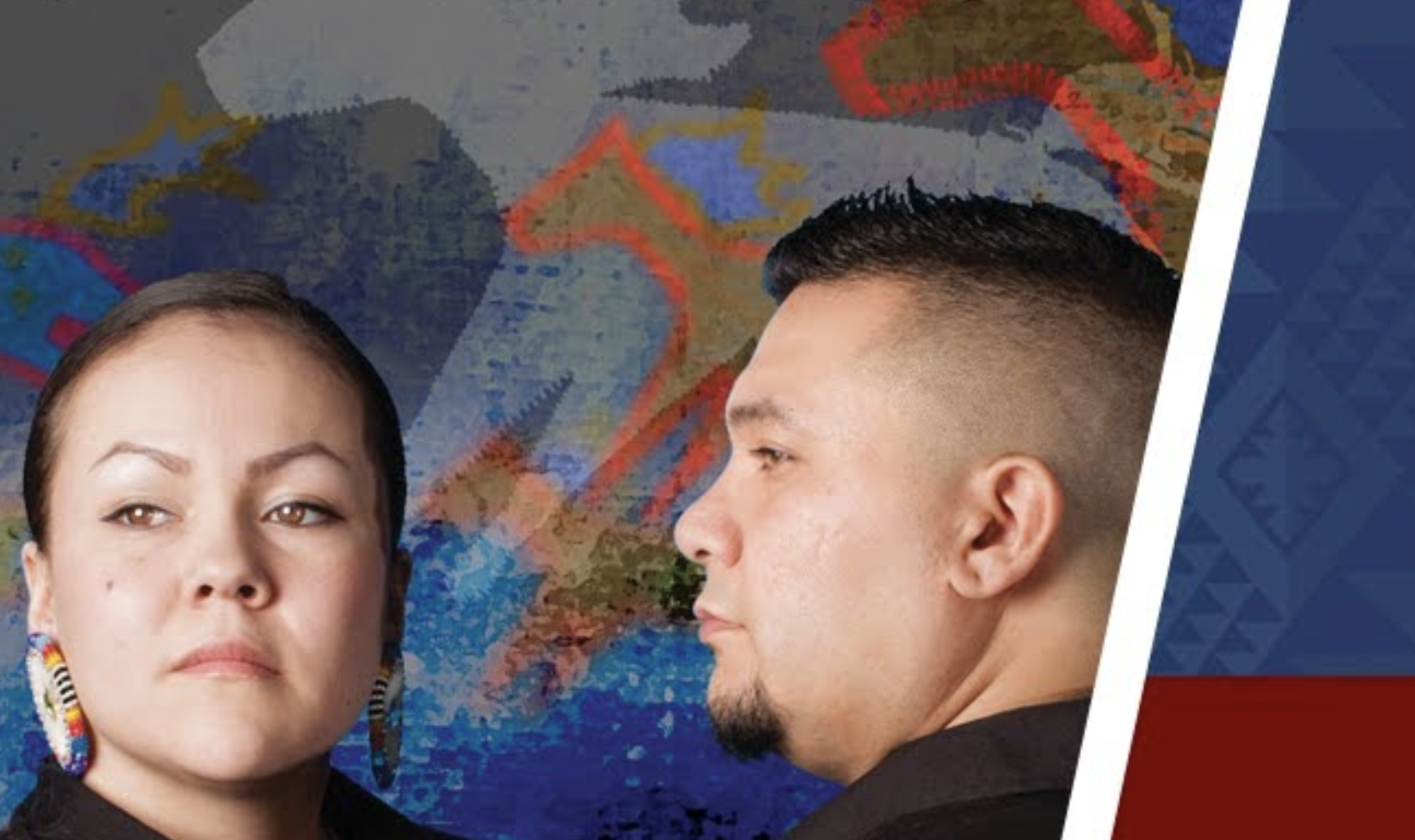 This week and next weekend in Indian Country, there are plenty of opportunities to honor, celebrate and explore contemporary and historical Native culture.

Dive into the untold story of Native American influence on pop culture, learn about the American Revolution from an Indigenous perspective, explore the night sky through Native American storytelling and much more.

The Mitchell Museum of the American Indian will honor U.S. Representative Sharice Davids for her significant contributions to Native American society, culture, and history at the 45th Anniversary Benefit and Awards Ceremony.

Davids will receive the 2022 Dr. Montezuma Award for her contributions to social activism that have advanced Native American people nationally. Rep. Davids is a Ho-Chunk Nation citizen and a member of the U.S. House, representing Kansas' 3rd Congressional District. In 2019, she was sworn into the 116th Congress, making her one of the first two Native American women to serve in Congress and the first openly LGBTQ+ representative to be elected in Kansas.

SkyTellers: The Myths, The Magic, & The Mysteries of the Universe
Saturday, Nov. 19
Waukesha, WI

The Horwitz-Deremer Planetarium invites you to explore the mysteries of the Universe with Sky Tellers! Ten Native American myths and legends investigate the reason for day and Night, why we have seasons, the origin of the stars, and other wondrous phenomena of our night sky. Each narrative is accompanied by the story that scientists tell today.

The event seeks to honor the traditions of the indigenous peoples on the day that attention is normally devoted elsewhere. It's also sometimes referred to as Unthanksgiving Day or Un-Thanksgiving Day.

For some Native Americans, it has further personal significance as a celebration of their personal relationship with nature.

Many Native groups have lived in Elkhart, IL. In this program, you'll learn about what their lives were like and how it compares to our lives today. You'll also learn about the Miami and Potawatomi that lived here and try out your skills trading and bartering like Native groups and European traders did 300 years ago.

Watch a screening on how five Native American tribes use their traditional land management practices to restore deserts, coastlines, forests and prairies.

Learn about and celebrate the first established American Indian Cultural District in the United States. Founded on Mar. 31, 2020, the American Indian Cultural District (AICD) is the first established Cultural District of its size in the United States dedicated to recognizing, honoring, and celebrating the American Indian legacy, culture, people, and contributions. Join us to learn more about the district, celebrate its work and hear about its creation and challenges. Hosted by Miguel Bustos, Senior Director, GLIDE's Center for Social Justice, panelists include Mary Travis-Allen (Mayagna, Chortega, Seneca); Sharaya Souza (Taos Pueblo, Ute, Kiowa) and LaNada War Jack.

PowWows.com is hosting a series of performances for Native American Heritage Month sponsored by The U.S. Department of Health and Human Services. Fawn Wood's singing reflects her Cree and Salish tribal lineage. At an early age, Fawn would sing her heart out at powwows alongside her mother and father. In 2006, Fawn was the first female to win the Hand Drum contest at the Gathering of Nations Pow Wow. In 2009 she opened the show at the 11th Annual Native American Music Awards (NAMMYS). Dallas Waskahat is a singer, drummer and educator who works to empower, strengthen and maintain Indigenous culture through the power of his voice, music and leadership.

The American Revolution was, in many important ways, an Indian War. It was a war in which ordinary Natives fought and died in great numbers; it was a war that unfolded not just in eastern coastal locations but also deep in the interior on the frontier between Native America and the backcountry settlements; it was a war in which ordinary Natives assumed critical, pivotal roles; a war that would reshape the balance of power between Europeans and Native Americans on this continent drastically and permanently. Join University of Maryland historian Richard Bell for a survey of the American Revolution in Indian Country, paying particular attention to the life and times of Molly Brant, an Iroquois woman who emerged during this long, bitter war as the most important military and cultural broker in Native America.

RUMBLE: The Indians Who Rocked the World reveals the untold story of the Native American influence on popular music. The film travels deep into the South, guided by Pura Fe (Tuscarora/Taino), Alvin Youngblood Hart and Cyril Neville (Choctaw), bringing to light a missing chapter in our history books: How Indigenous music was part of the very fabric of American popular music from the beginning, and how the Native American contribution was left out of the story, until now.

Since 1970, Indigenous people & their allies have gathered at noon on Cole's Hill in Plymouth to commemorate a National Day of Mourning on the U.S. Thanksgiving holiday. Many Native people do not celebrate the arrival of the Pilgrims & other European settlers. Thanksgiving Day is a reminder of the genocide of millions of Native people, the theft of Native lands and the erasure of Native cultures. Participants in National Day of Mourning honor Indigenous ancestors and Native resilience. It is a day of remembrance and spiritual connection, as well as a protest against the racism and oppression that Indigenous people continue to experience worldwide.

Spanning tens of thousands of square miles across portions of the West, Native American communities — including the Navajo Nation and 19 Pueblos — are considered Sovereign Nations and exist in a world of their own. While they're primarily only accessible to members of their tribes, photographer Julien McRoberts was granted rare access to capture the beauty of their land, culture, and people due to her personal relationships within the Native communities. This is her story, told through the lens.

Join New York Adventure Club on an inspirational photographic journey to the unique and fascinating Native cultures in New Mexico, from Navajo Nation to the many pueblos throughout the state.

Inhabitants follows five Native American Tribes across deserts, coastlines, forests, and prairies as they restore their traditional land management practices. For millennia Native Americans successfully stewarded and shaped their landscapes, but centuries of colonization have disrupted their ability to maintain traditional land management practices. From deserts, coastlines, forests, mountains, and prairies, Native communities are restoring their ancient relationships with the land. As the climate crisis escalates these time-tested practices of North America’s original inhabitants are becoming increasingly essential in a rapidly changing world.