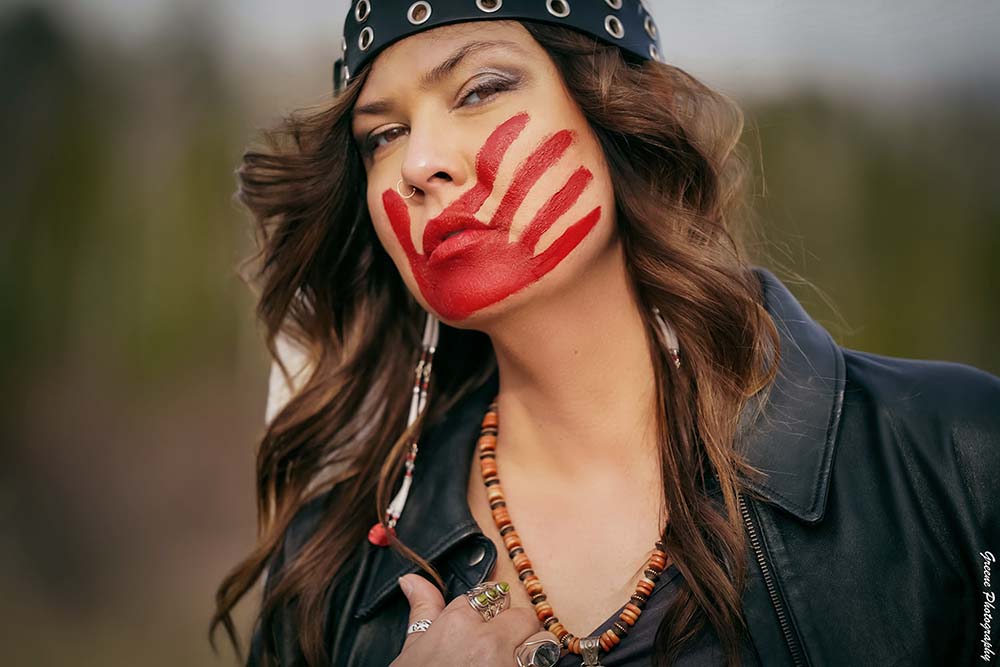 This weekend and next week, Indian Country will observe Missing and Murdered Indigenous Women’s Day on Wednesday, May 5—with awareness-raising art exhibits, virtual vigils and more.

In addition to the MMIW commemorations, you can also catch a great beadwork exhibit from the Great Basin and a thoroughly modern mail art show out of New Mexico.

The Earth is Weeping 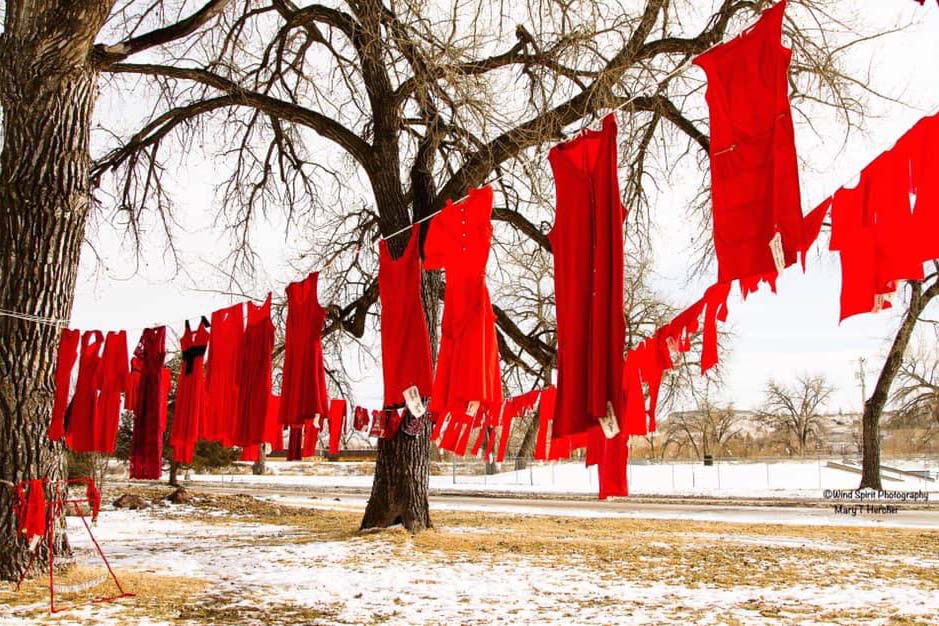 At “The Earth is Weeping” public art show, red dresses hanging from cottonwood trees will serve as a haunting and moving memorial to Missing and Murdered Indigenous Women, Children and Two-Spirit people.

The dresses will surround the grounds of Rapid City’s Journey Museum and Learning Center, and visitors are encouraged to place sage, sweetgrass and more offerings to help honor and heal stolen sisters on a central altar.

“The Earth is Weeping” will begin with prayer, and is presented by the Journey Museum and the Red Ribbon Skirt Society in partnership with the Division of Indian Work in Minneapolis. 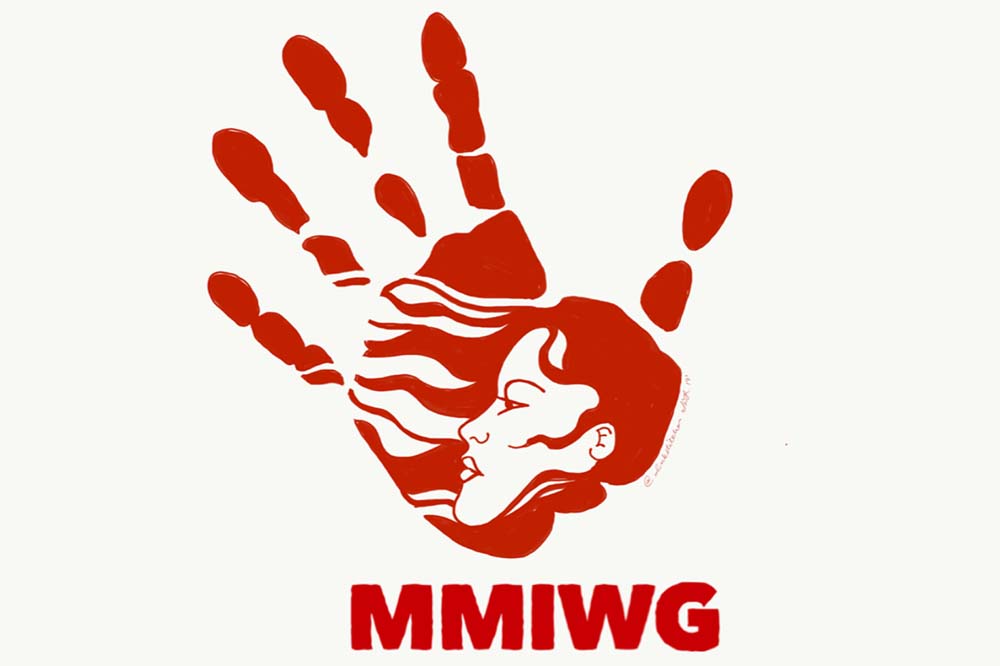 Speakers include MMIW advocates Jody Potts of Fairbanks and Lisa Ellanna of Nome. The event will also feature an honoring of the Grandmother Earth Dress, a jingle dress dedicated to MMIWG, a Canoe Dedication led by Elder Doug Modig and a drum performance from the Woosh.ji.een Dance Group.

The virtual event also includes a series of Zoom breakout sessions and talking circles that require registration and will not be broadcast on Facebook. Subjects include self-defense, initial steps to take when someone goes missing, survivor services, and healing and testimony.

The American Indian Health Service of Chicago, American Indian Center of Chicago, Native American Chamber of Commerce of Illinois, Kateri Center and Forest Preserves of Cook County present an event that tells the story of Native Americans who have gone missing and some who have been murdered. Speakers will present the history of the epidemic proportion issue and the obstacles faced when trying to seek justice for families of the victims. 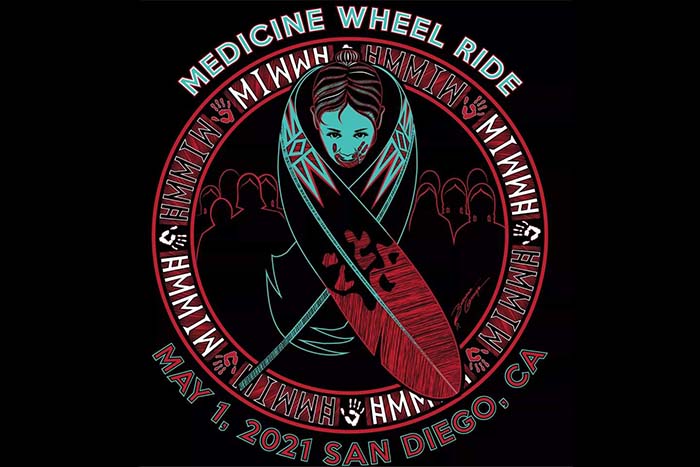 Riders and observers are encouraged to wear red and ribbon skirts to a motorcycle ride representing resilience and memorializing and honoring MMIW.

The event will kick off with a bike blessing, coffee and donuts, before the riders set out on San Diego’s back country roads on their way to the ending point, Indian Motorcycle of San Diego at 9240 Clairemont Mesa Blvd.

At the conclusion of the ride, participants will be treated to music, food, raffles, guest speakers, Native Bird Singers and more.

The event is sponsored by Medicine Wheel Ride, a community group for female Native American motorcycle enthusiasts and allies. 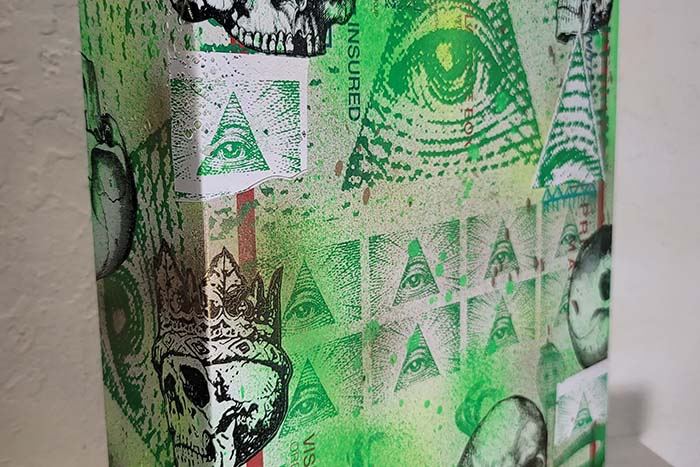 Thirteen artists, half of which are Indigenous from tribes including the Laguna Pueblo, Navajo Nation, Santo Domingo Pueblo and Yaki, will offer their takes on the urban trend of adorning  USPS Priority Mail stickers, envelopes and boxes with groovy graffiti-inspired designs.

The show will also feature a vendor market and a Slappy Wall for decorated stickers.

Indigenous Beadwork of the Great Basin 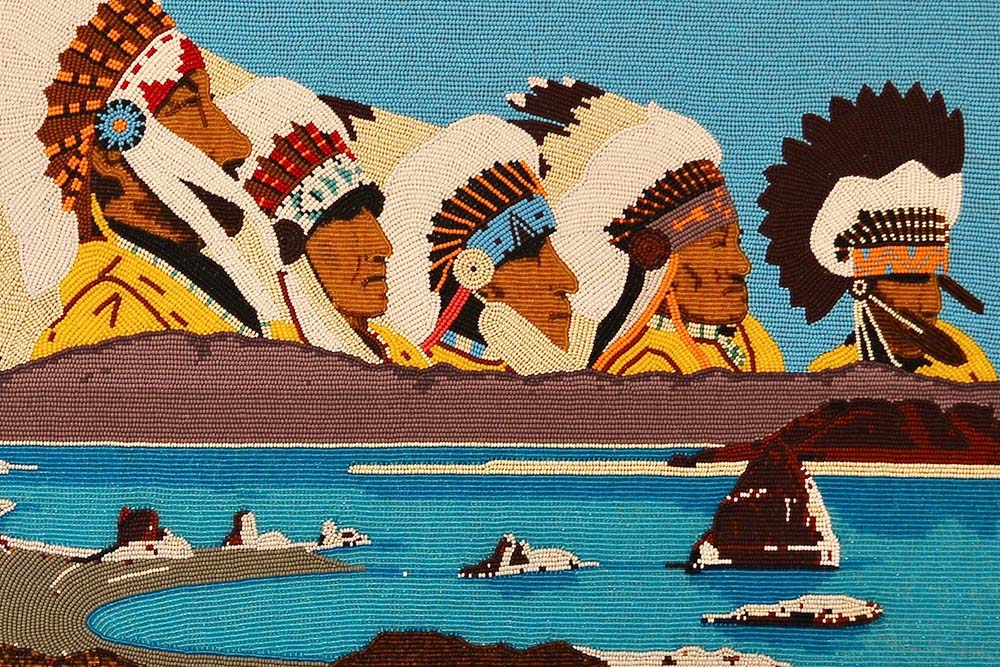 StewartBeading: The exhibit “Indigenous Beadwork of the Great Basin” is on display through Oct. 23, 2021 at the Stewart Indian School Cultural Center & Museum in Carson City, Nev. (Burton Pete)

The Indigenous people of Nevada’s Great Basin happen to be brilliant beaders.

Let your eyes dive into their intricate masterpieces, including a 75,000-bead painting of Nevada’s Pyramid Lake by Northern Paiute artist Burton Pete, at the Stewart Indian School Cultural Center & Museum in Carson City.

Featuring pieces from Stewart Alumni and members of the Great Basin Native Artists Collective, the new exhibit “Indigenous Beadwork of the Great Basin” includes an array of items from goblets to cradleboards, and celebrates the artistic achievements of the Northern and Southern Paiute, Western Shoshone, and Washoe people.