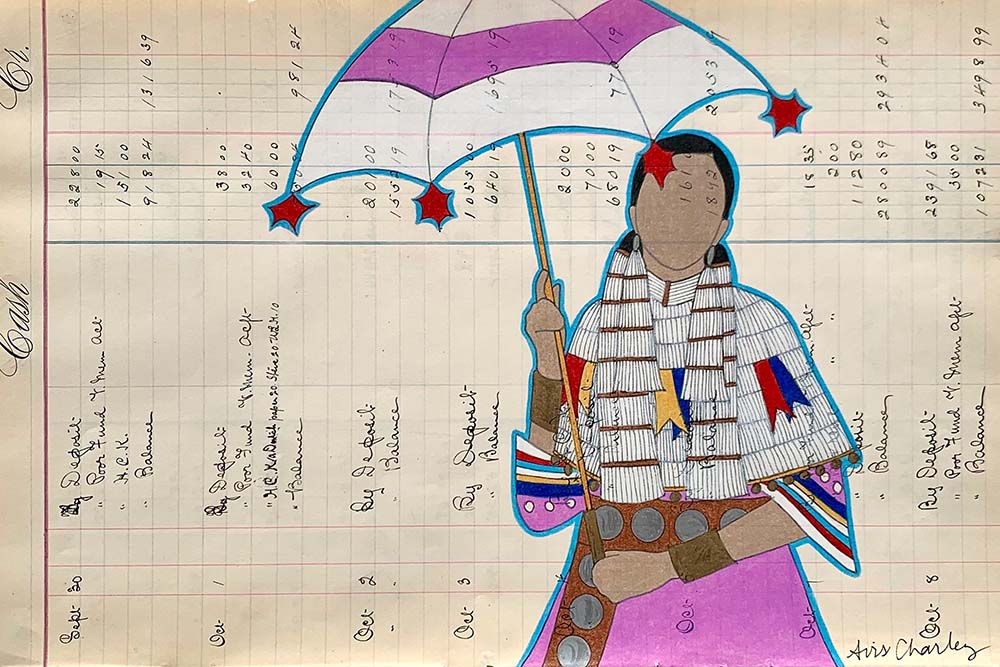 More happy holiday art shopping, a binge-worthy batch of Native films, and a celebration of Native heritage, done North Carolina-style, are all in store this weekend and next week in Indian Country. 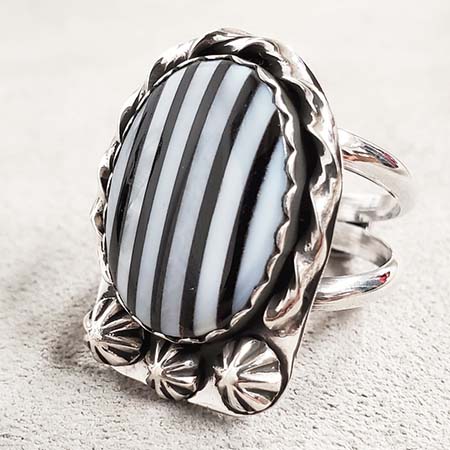 In Diné and Spirit Lake Dakota artist Avis Charley’s breezy ledger piece “Better Days Ahead,” a fashionable Native lady stands with her head casually cocked to the side, under a lovely lavender and white parasol.

“Better Days Ahead” prints are running low, so if you want one on your wall, you should hit up the American Indian Arts (IAIA)  2020 Virtual Holiday Art Market, featuring work from 31 IAIA students, graduates and staff members.

Shopping the market is simple. Just go to the event page, which includes a convenient directory of all the artists and their websites, and browse and buy at your leisure through Nov. 30. 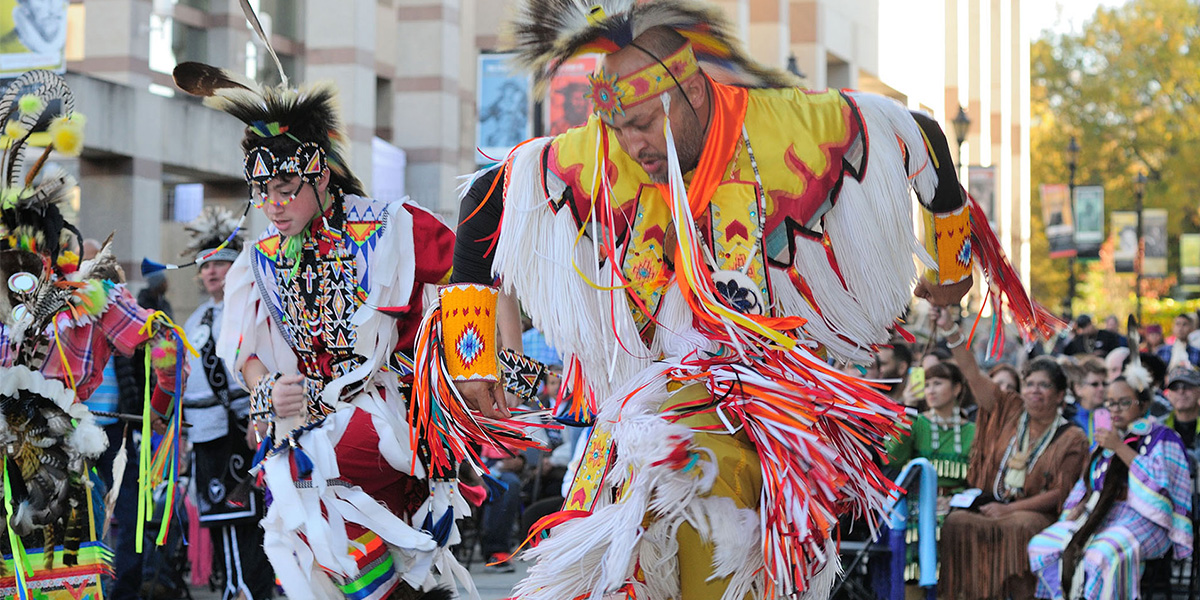 To see the schedule and register your "virtual seat," visit bit.ly/2FRLt8N

There are eight Indian Nations in North Carolina. All are state-recognized, but only one, the Eastern Band of Cherokee, is federally recognized.

The virtual 5th Annual American Indian Heritage Celebration, hosted by North Carolina Museum of History, will acknowledge and appreciate all of them, as well as the state’s four Urban Indian Organizations.

The weekend’s festivities and interactive events include performances by the Stoney Creek and Southern Sun drum groups, a presentation from Meherrin wampum bead artist Julian Hunter, and a lesson in Tutelo Saponi, part of the Siouan language spoken by central and eastern North Carolina Native people centuries ago, led by Marvin Richardson, project director for the Haliwa-Saponi Historic Legacy Project.

Other attractions include powwow-style dancing, storytelling sessions and presentations and panel discussions on topics ranging from Native foodways, to environmental issues facing North Carolina’s Indigenous people, to the effect of Covid-19 on Indigenous college students.

Before you join the celebration, familiarize yourself with North Carolina’s tribes and Urban Indian Organizations.

Learn more about the Indigenous people of North Carolina here.

The National Museum of the American Indian’s Native Cinema Showcase 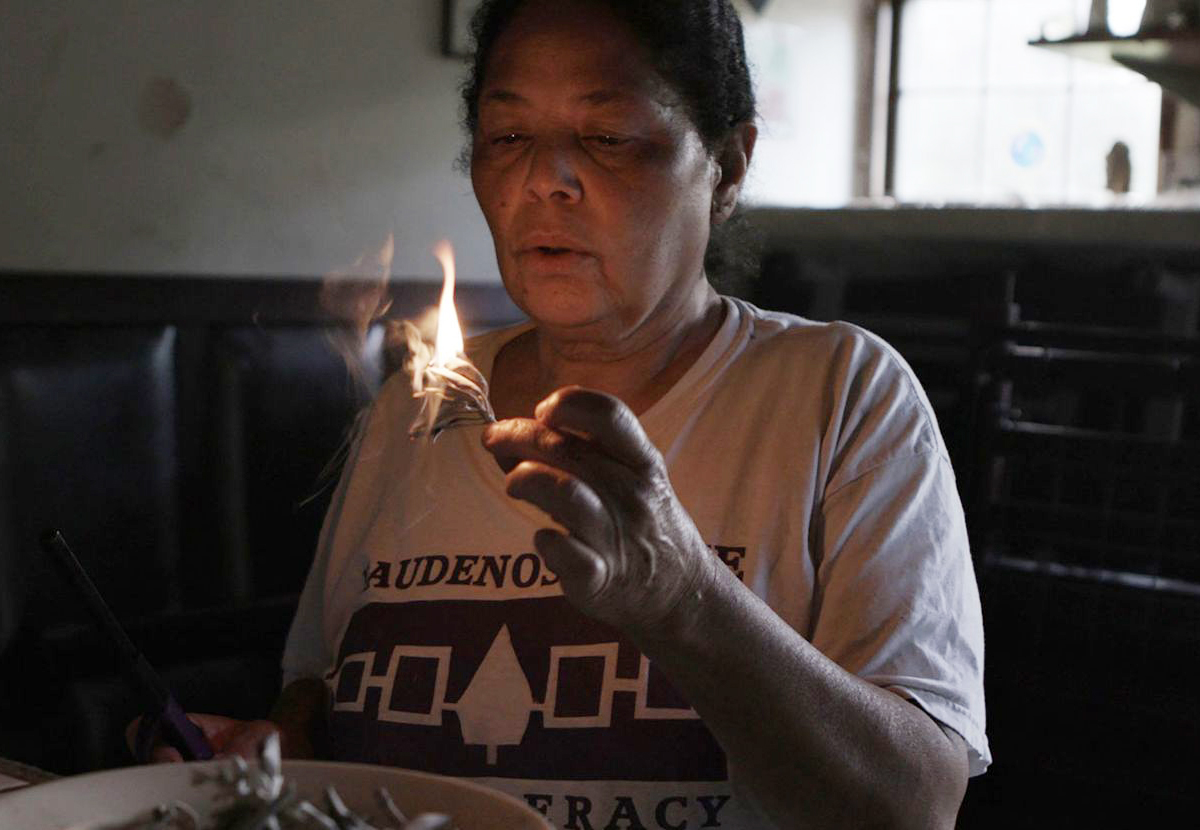 A still from "Conscience Point." The film about the struggles of New York state's Shinnecock Indian Nation, will be screened during the National Museum of the American Indian’s Native Cinema Showcase, which runs through Friday, Nov. 27. (NMAI)

An annual celebration of the best in Native film, the Smithsonian’s National Museum of the American Indian’s Native Cinema Showcase presents new feature-length films and shorts, as well as fan favorites.

Most of the films are free and will be available for on-demand viewing after their initial screenings.

Here are some highlights:

In “Conscience Point,” directed by Treva Wurmfeld, members of the Shinnecock Nation fight for land rights in the Hamptons, the uber-wealthy Long Island community that edged the tribe off their territory. An online conversation with the director, producer Julianna Brannum and Shinnecock activist Rebecca Hill-Genia, who is featured in the film, will follow the screening on Wednesday, Nov. 18, 2020 at 7 p.m.. “Conscience Point” will be available on demand through Monday, Nov. 23.

Also on the roster is “Blood Quantum,” a zombie flick with an Indigenous twist. Near the isolated Mi’kmaq reserve of Red Crow, the dead are rising and turning almost everyone into zombies in their path. But the monsters can’t conquer the reserve’s Indigenous inhabitants, who appear to have some kind of zombie immunity. A conversation with director Jeff Barnaby and featured actress Elle-Máijá Tailfeathers (Blackfoot, Sámi) will follow the film. “Blood Quantum” will be screened on Friday, Nov. 20 at 9 p.m. Registration is required and seating is limited.

With sweetly-sung lines from the Star Spangled Banner sprinkled through a storm of spoken-word articulating the anthem’s infinite ironies, Tanaya Winder’s “Resistance” is one deft and defiant act of performance art.

Winder, who is Southern Ute, Pyramid Lake Paiute, and Duckwater Shoshone, is part of a powerful lineup of acclaimed activist musicians, poets and performance artists participating in the online Indigenous Voices Showcase, hosted by the Nuyorican Poets Cafe.

Get a feel for each artist’s style in the videos below:

Lecture: The Great Vanishing Act: Blood and the Future of Native Nations

What it means to be Native is the central theme of “The Great Vanishing Act: Blood and the Future of Native Nations,” an upcoming lecture from Norbert Hill Jr., a member of the Oneida Nation of Wisconsin, and the former executive director of the American Indian Science and Engineering Society and the American Indian Graduate Center.

In the lecture, Hill Jr. will explore blood quantum – laws imposed by non-Native people that use percentages of “Indian blood” to define an individual’s Indigenous identity. If a person’s percentage is below a predetermined percentage they are not recognized as Native in the eyes of the law and are barred from receiving benefits.

Native people have struggled to change the hotly debated, demeaning laws, which threaten to arbitrarily extinguish Indigenous people and their rights just a few generations from now.

“We are living in challenging circumstances when it comes to navigating what it means to be Native,” Hill wrote. “Like Malcolm Gladwell's ‘Tipping Point,’ we have reached a moment in history where significant culture and intellectual change has begun. This is a leadership moment in Indian Country.”

The lecture is sponsored by Sealaska Heritage Institute, a Juneau, Alaska-based nonprofit perpetuating and promoting the art and culture of the Tlingit, Haida and Tsimshian people of Southeast Alaska.