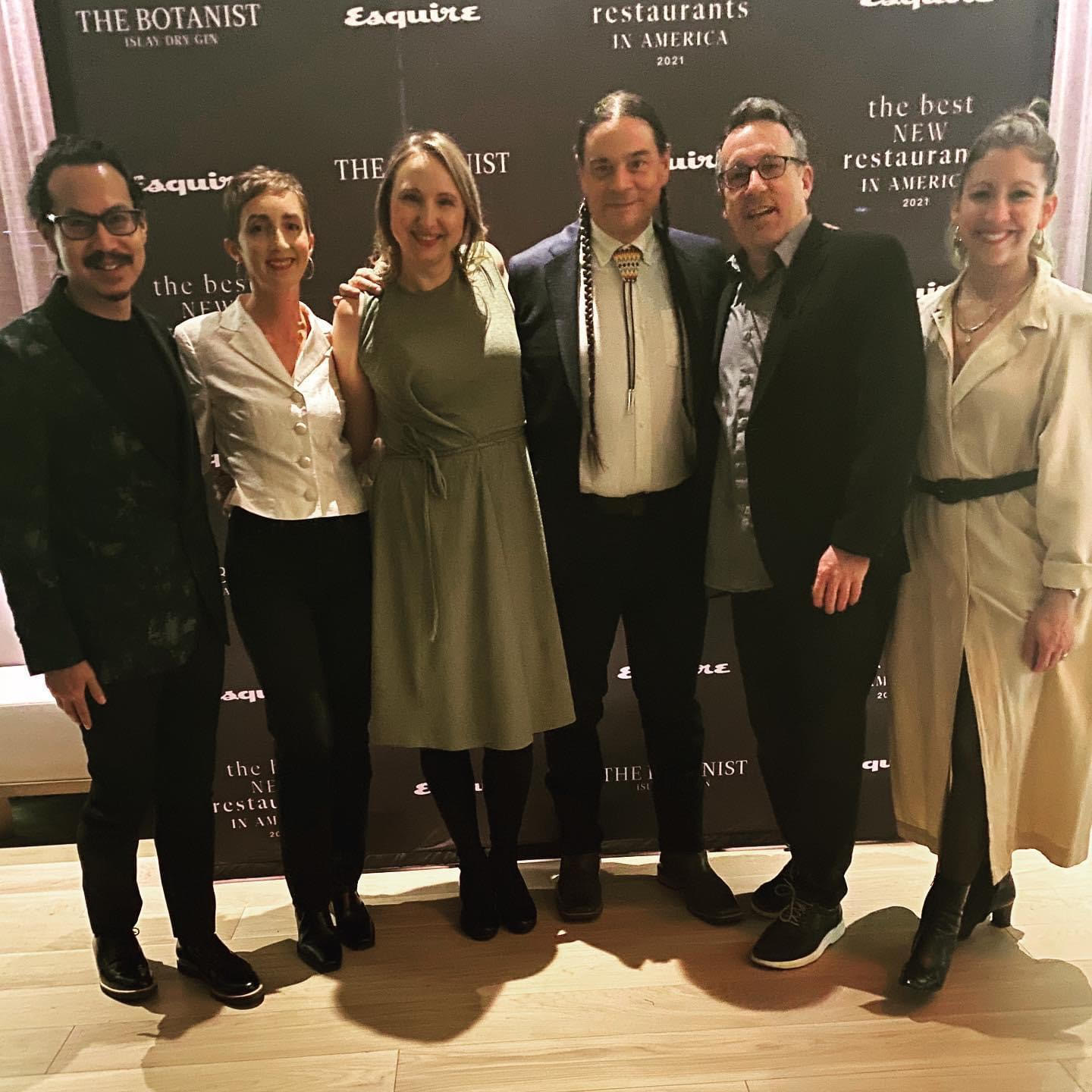 MINNEAPOLIS — Owamni, a modern full service Indigenous restaurant by Sean Sherman, who is commonly known as the Sioux Chef, was featured this month as one of the Best New Restaurants in America by Esquire. Each year, the popular men’s culture magazine features 40 restaurants across the country that made an impact on four of the magazine’s writers: Omar Mamoon, Joshua David Stein, Jeff Gordinier, and Kevin Sintumuang.

“The ingredients are ancient, but for most, experiencing things like hand-harvested wild rice, sweet and nutty, is new and revelatory—the taste of a past nearly destroyed by colonization,” Kevin Sintumuang wrote about Owamni. “At chef Sean Sherman and Dana Thompson’s restaurant, built in a former mill along the Mississippi River, tasting dishes made entirely from indigenous ingredients is soul-nurturing. A reclamation. There are the indigenous tea blends. A conifer-preserved rabbit dotted with fresh berries. And the wild-rice tart, made with no colonized ingredients (like flour or refined sugar), is electrifying. To eat here is to experience both the past and the future.”

Owamni opened in the summer earlier this year along the Mississippi River in Minneapolis and has had an accolade of recognitions and awards including being featured as one of The New York Times’ list of its 50 new restaurants, and many other publications’ featured new restaurants. Owamni is currently a finalist for the USA Today’s 10 Best New Restaurants with winners announced on December 31, 2021.

“We are so humbled to be given such recognition by Esquire Magazine, naming Owamni #7 on their best new restaurants in America list, along with being named ‘Chef of the Year’,” said Sean Sherman to Native News Online. “This recognition continues to help us reach a broader audience when confronting the invisibility of Indigenous peoples in the food world and opening new doors for future Indigenous Chefs and Entrepreneurs.”