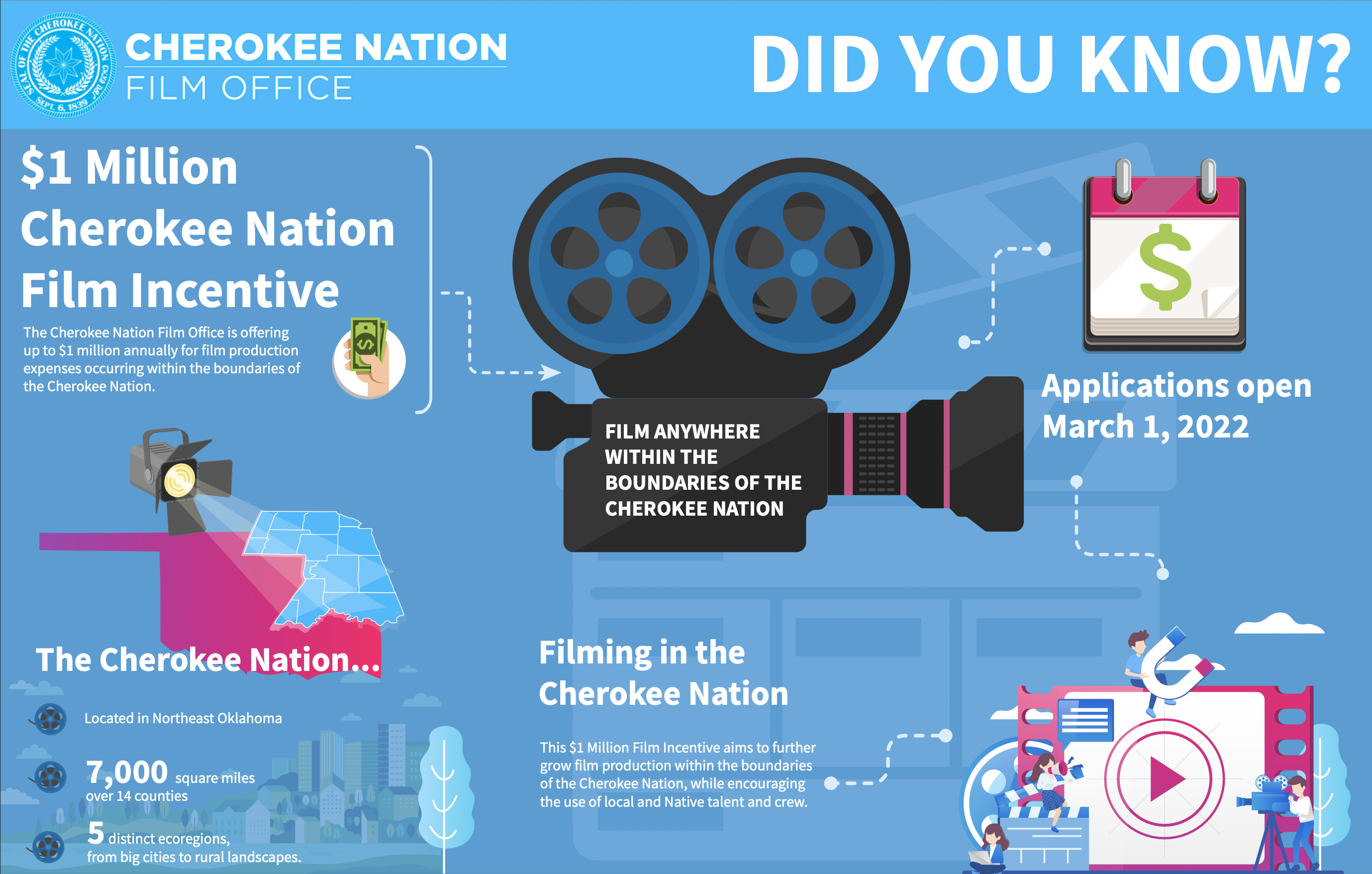 “Encouraging productions to film within Cherokee Nation’s many vast and beautiful locations, as well as to hire Indigenous people and utilize Native-owned businesses, offers an immense amount of opportunity for tribal citizens, families and businesses,” said Jennifer Loren, director of Cherokee Nation Film Office and Original Content, in the press release.

CNFO will begin accepting applications for the program on March 1. The base incentive offers a cash rebate for qualified production expenses. Prequalified productions filming anywhere within Cherokee Nation’s 7,000 square miles of northeast Oklahoma are eligible for the rebate incentive, the press release states.

The State of Oklahoma offers its own film incentive program, the Filmed in Oklahoma Act of 2021, administered by the Oklahoma Film and Music Office. The Cherokee Nation Film Incentive will be offered individually or in conjunction with the state’s program. However, each program requires a separate application process.

Additional details regarding the Cherokee Nation Film Incentive are available at https://cherokee.film/filmincentives.