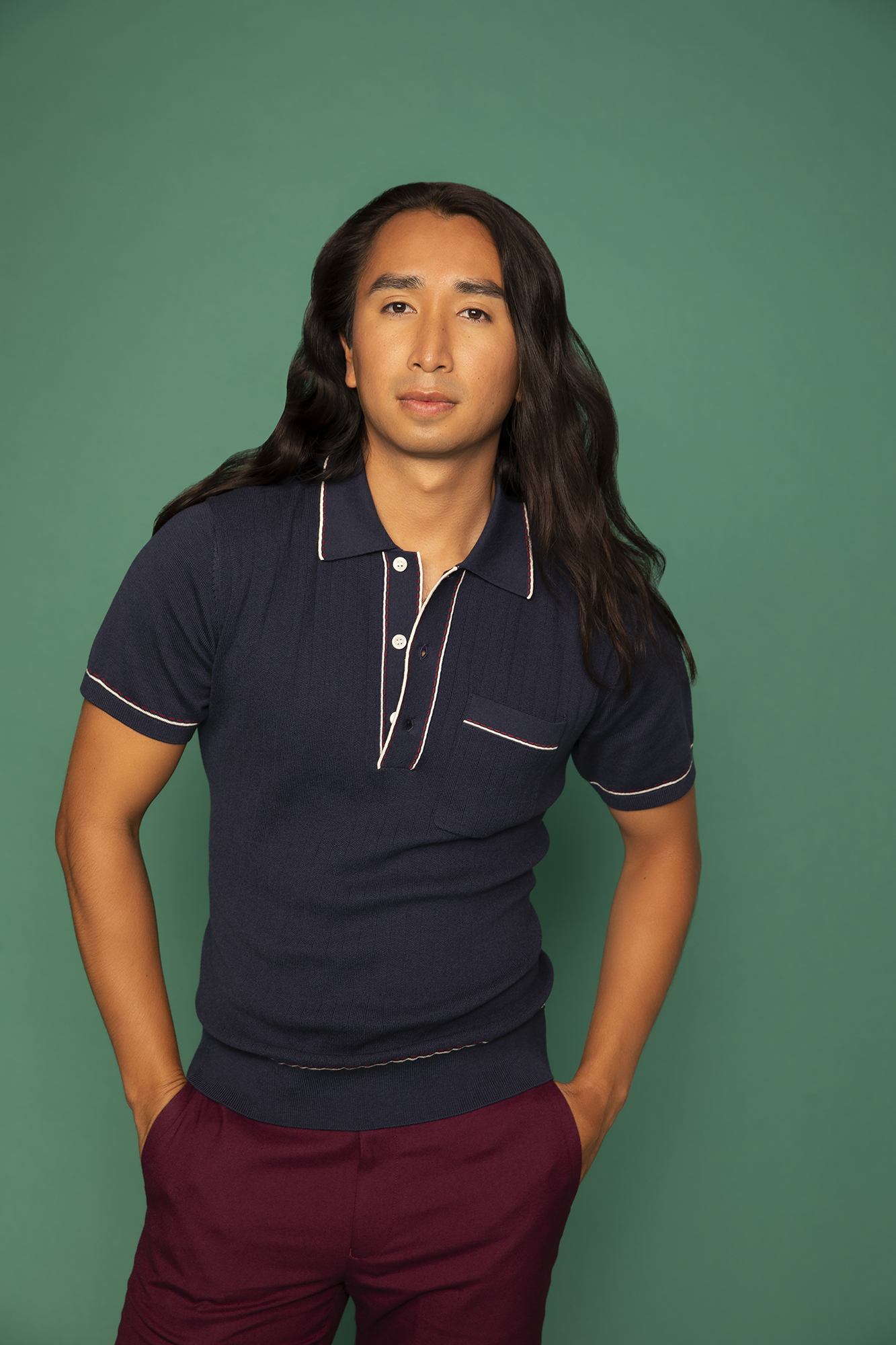 When Román Zaragoza auditioned for the show “Ghosts” in December 2020, he was like many of us in the midst of the COVID-19 pandemic, lost and unsure about the future. He recently moved to Eugene, Oregon to resume his undergraduate work in film studies at Cal State in Los Angeles remotely, when he submitted his audition via Zoom to CBS. A week after his submission, he was on set filming in Hollywood, California.

Within a week, the show’s pilot episode completed filming and Zaragoza was unsure what to expect next. In April 2021, he heard that the show received approval by the network and he moved back to Los Angeles. Zaragoza was raised in the Los Angeles area, where some of family still lives.

“This whole experience has been a whirlwind,” said Zaragoza to Native News Online. “Never in my wildest dreams did I think something like this would ever happen [during a pandemic]. Thank Creator, the Universe, for getting me here.”

Zaragoza auditioned for the character Sasappis, an Indigenous Lenape man. According to Deadline, CBS’s version of Ghosts is an American adaptation of a U.K. version, but Sasappis’s character is based on Thomas Thorne in the original British series.

“I’m a big believer that storytelling is innate for all of us,” Zaragoza said.

He’s currently attending film school, where he strives to tell stories as his family has. His sister, Raye Zaragoza, is a social media star and an award-winning singer.

“I want to learn about how to make my own film because I was so fed up with playing all of these stereotypical characters,” he said. “I want to tell stories about my dad, or my grandparents, and the stories of the oppressed to light.”

Zaragoza previously worked with Native Voices at the Autry Museum. The program is the country’s only Equity theater company devoted exclusively to developing and producing new works for the stage by Native American, Alaska Native, Native Hawaiian, and First Nations playwrights.

“They really helped me and taught me how not to be afraid to dive into my voice,” said Zaragoza of Native Voices.

Zaragoza said much of mainstream media’s depiction of Native people is largely because there hasn’t been engagement with local tribes.

It’s been a journey playing Sasappis, said Zaragoza. He said learning about a man who died in the 1520s isn’t exactly the easiest, especially with little history available to the wider public about the tribe. Zaragoza wanted to be authentic and empower his character.

“We brought in a Lenape consultant named Joe Baker to modify the character’s outfits,” said Zaragoza. “Having him there made me feel so much safer. From storyline to hair, we had some amazing meetings.”

Having knowledgeable Lenape consultants has been a tremendous relief, said Zaragoza. “It allows me to add to the character that Sasappis is—the sarcastic, dry guy he is,” said Zaragoza.

The show is centered around a married couple from Manhattan who inherit a home in the New York countryside that they soon discover is falling apart and visited by ghosts who died on the property. After a near death experience only the wife can see and hear the ghosts.

Since it premiered on October 7, 2021, Ghosts defied expectations in its first season. It’s CBS’s fastest growing new show, averaging more than 8 million viewers per episode, and is new streaming provider Paramount+’s No. 1 comedy series. With industry praise and positive viewer reviews, CBS announced that it would be renewed for a second season.

“It has been such a joy, and I look forward to another opportunity to be part of this amazing experience.”

Ghosts is available to stream on Paramount+, Amazon, or CBS.