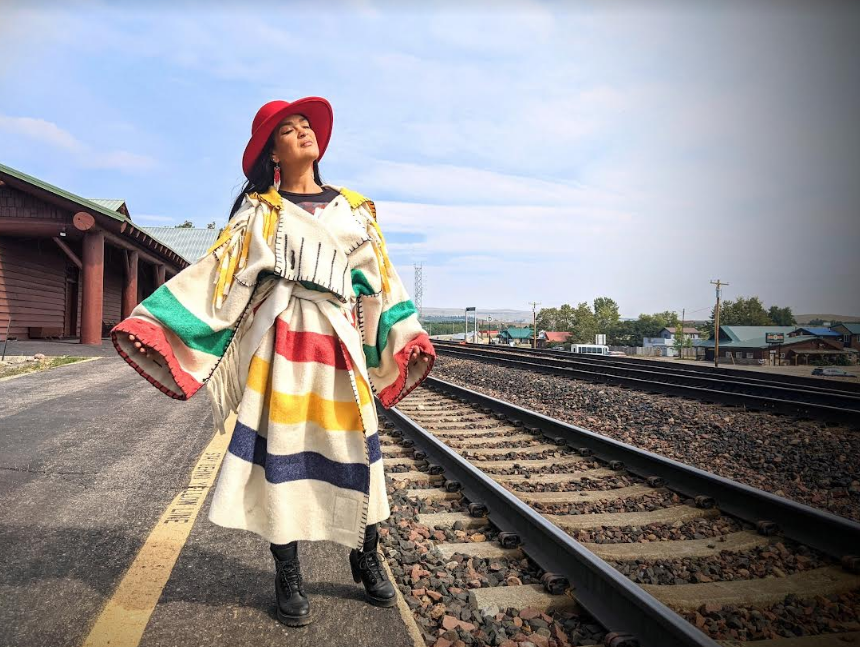 VANCOUVER, BC — On July 5, during its upcoming Annual General Assembly at the Vancouver Convention Centre, BC, the Assembly of First Nations (AFN) will premiere The Doctrine of Recovery, a documentary headlined by Academy of Canadian Cinema & Television award-winning actor, Crystle Lightning (Enoch Cree First Nation).

The release of The Doctrine of Recovery coincides with Pope Francis’s visit to Canada, when the Holy Father is scheduled to meet with a handful of First Nations’ communities following his initial apology for the Catholic Church’s central role in the Residential School atrocities that continue to traumatize First Nations people.

AFN Regional Chief Antione describes The Doctrine of Recovery as, “A film of immense power and importance which communicates the undeniable devastation wrought by the Doctrine of Discovery and why the Pope must rescind it.”

Chief Antione will join Kukpi7 Chief Judy Wilson (Union of British Columbia Indian Chiefs - Executive), and author Tamara Starblanket (Suffer the Little Children – Genocide: Indigenous Nations in the Canadian State) for a panel discussion at the conclusion of the film.

Starblanket has described the Doctrine of Discovery as the “concept that was created” to enable the colonial “domination and dehumanization of our Nations.” One of the “faces of colonization” she identifies is the Residential Schools north of the Medicine Line (Canada-US border) and the Boarding Schools to the south.

“The effects are catastrophic because Indigenous children are transmitting trauma and dysfunction onto further generations. The result is the possible disappearance of our distinct identities as national groups,” says Starblanket.

It is the longstanding policy of the AFN for the Inter Caetera Papal Bull of 1493 to be rescinded by the Vatican and the Doctrine of Discovery that was based upon it to be revoked.

“Rationalized by the Doctrine of Discovery, violence with its many faces enabled the taking our lands by ethnic cleansing and authored historical trauma in first dispossession, and then the erasure of our identities. This is the writing on the wall in every Tribal community today which is shackled by socio-economic bondage,” says Crystle Lightning.

“We’ve made a film that urges the restoration of the sacred feminine as a Doctrine of Recovery for a planet in crisis,” she continues. In part, the women use Canada’s and America’s prized National Parks, Yellowstone and Waterton-Glacier, as microcosms of what became the collective Tribal experience of violent dispossession in the continuing imposition of the Doctrine of Discovery.

Lightning (Trickster/Yellowstone), the Canadian Screen Awards winner for “Best Lead Actress in a Drama Series” in 2021, is joined by a cast and crew of Emmy recipients, nominees, and film award-winners. Internationally respected Elder and Environmental Ambassador, Casey Camp-Horinek (Reservation Dogs/Avatar: The Last Airbender), and Juliet Langley Hayes, presenter of the award-winning MMIWG documentary, Say Her Name, are the co-leads.

Kukpi7 Judy Wilson, Executive of the Union of British Columbia Indian Chiefs and Chief of the Neskonlith Indian Band, sees the The Doctrine of Recovery premiere as an opportunity to embrace solidarity over controversy. 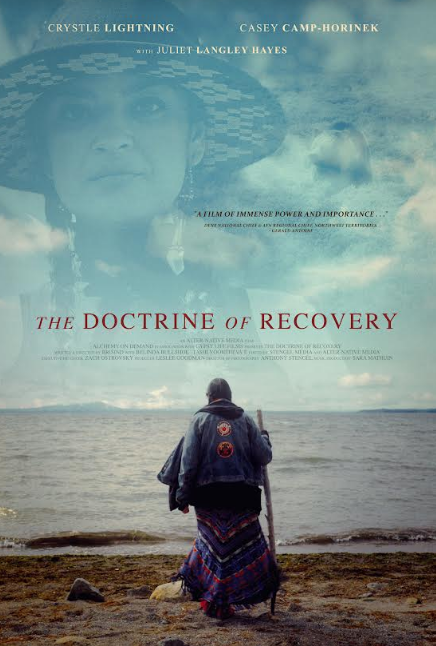 Georgina Lightning, one of Canada’s First Women of Film and of Indigenous TV and cinema across North America, offered an apt summation of the film.

“This isn’t your father’s cable TV documentary. There are no ‘white experts’ wheeled out to mansplain, no aging white male professors or TV talking heads to ‘set the record straight.’ Three generations of First Nations’ women speak to what has gone unspoken and expose the influence of founding patriarchs and white supremacy in places most never thought to look, and in doing so demonstrate the ongoing destructive formula patterned by the Doctrine of Discovery,” she said.

The Doctrine of Recovery is certainly not your father’s cable TV documentary! No men appear in the film. The entire presentation is in the voices of Tribal women, who deliver the story with a powerful combination of passion, pain, indignation, beauty, and strength. It’s the film that many have been waiting for.

At the AFN hosted premiere, Georgina Lightning will be on the red carpet and will introduce her daughter, Crystle, and The Doctrine of Recovery. The red carpet is scheduled for 6.30 pm with the program beginning at 7 pm. BC-AFN Regional Chief Terry Teegee will open the event.

Donate
Free Newsletter
About The Author
Author: Bianca RegoEmail: This email address is being protected from spambots. You need JavaScript enabled to view it.