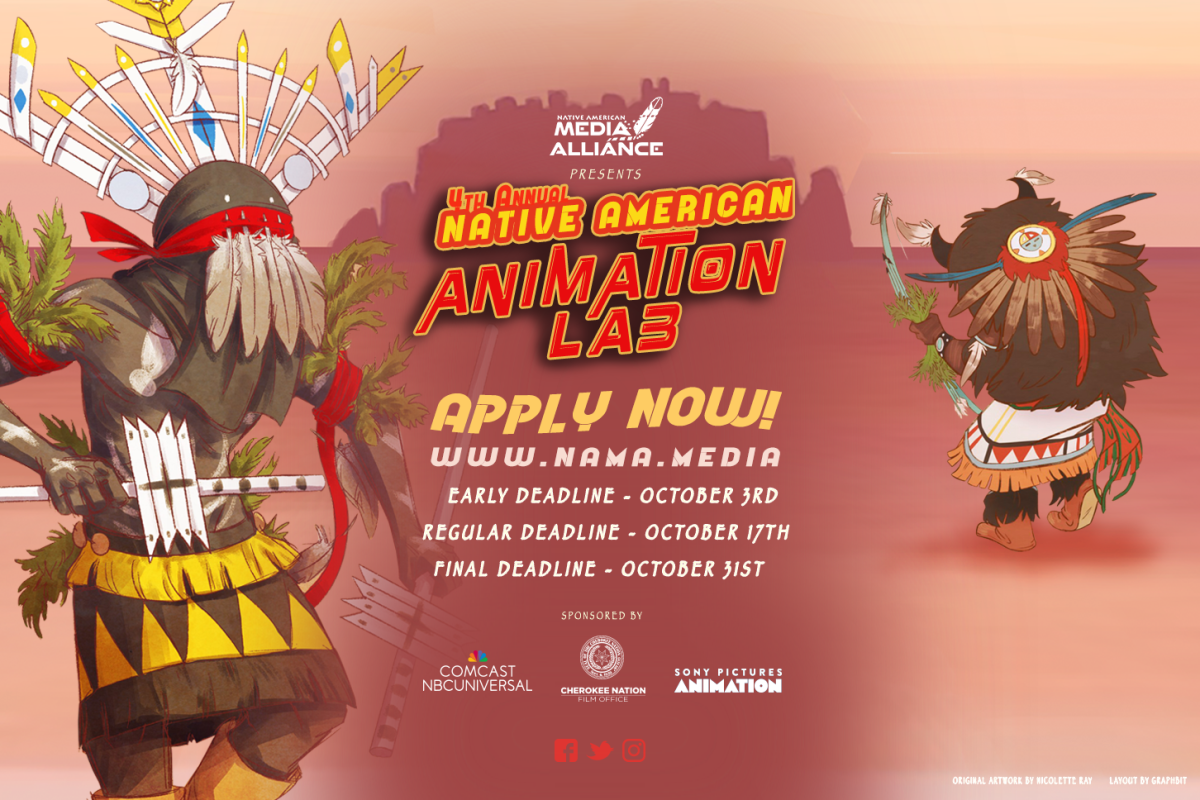 An intensive workshop that develops Native American writers, filmmakers and artists with a current animation project, the lab is designed to offer new access for Natives interested in exploring careers in animation. The in-depth training sessions aim to help Native Americans who already have a script, treatment, animated film, original comic book, or visual materials they want to develop into an animated television  series or feature film.

All participants chosen for the lab will workshop an animation project through one-on-one  mentoring, group sessions and peer workshops. The program concludes with an intensive pitching session for each participant before a panel of animation creative executives. The purpose of the lab is to further develop the skills of the writers and prepare them for employment in the industry.

Applications can be submitted via the NAMA website throughout the month of October.