Winona LaDuke Remains in Jail for Protesting Against Line 3 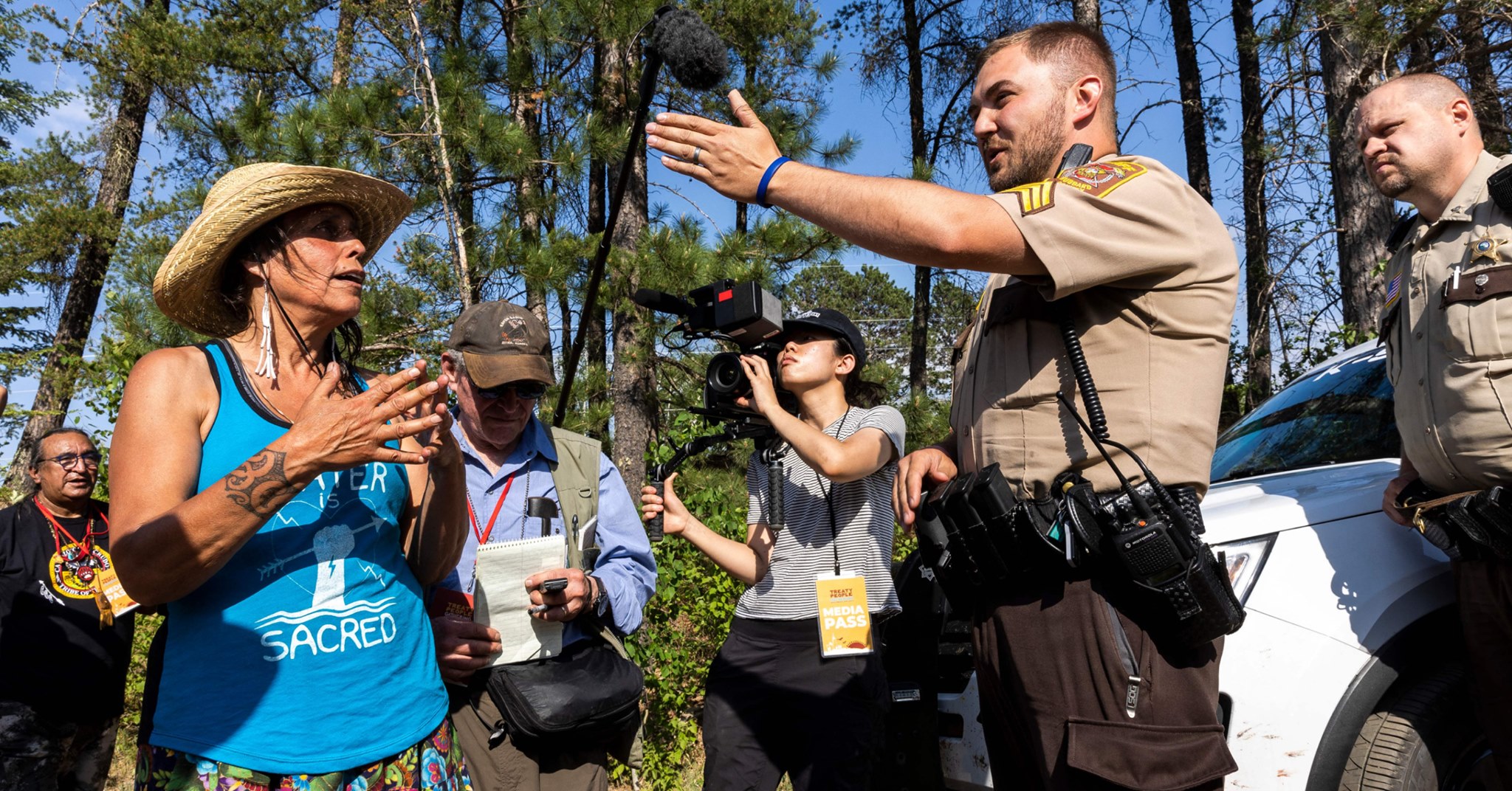 WADENA, Minn. — Winona LaDuke, executive director of Honor the Earth and a White Earth Ojibwe tribal member, remains in custody for charges stemming from protesting against Line 3 in northern Minnesota.

On Monday, LaDuke and six other women were arrested for protesting in front of a Line 3 replacement site near the Shell River in Wadena County. After initial appearances on Wednesday, July 21, all posted bail and were released from custody except LaDuke.

According to the Aitkin County Jail, LaDuke had a warrant for violating conditions of release. It’s likely she’ll see a judge early Thursday, July 22, to discuss bail and new conditions that may likely be imposed by the court.

On Tuesday, July 20, five people were arrested for breaching a fence surrounding a site occupied by Enbridge. Two were initially apprehended by law enforcement and three others were able to secure themselves to horizontal directional drill equipment, halting drilling under the Shell River. Three were arrested for felony theft, gross misdemeanor trespass, and unlawful assembly.

“Enbridge continues to truck water from other nearby locations, including the Mississippi headwaters,” said the GINIW Collective in a statement on July 20. “Enbridge is drilling under riverbeds across Anishinaabe treaty territory, including the Willow River, where it appears construction hit an aquifer while drilling.”

On July 13, Enbridge issued a statement on its website stating that a small amount of drilling fluid reached the surface during a horizontal directional drill procedure at the Willow River in Aitkin County, Minn. “The drilling fluid is non-toxic and primarily made up of naturally occurring bentonite clay and water and is approved for use by the Minnesota DNR and Pollution Control Agency,” said Enbridge in it response to the drilling cleanup at the Willow River HDD site. “It also includes xanthum gum, which is a common food additive often used in gluten-free baking.”

“There were no impacts to any aquifers nor were there downstream impacts because environmental control measures were installed at this location,” Enbridge said.

The Line 3 replacement project is already over 70 percent complete in Minnesota, according to Enbridge. This includes horizontal directional drilling (HDD) at over a dozen sites. Replacement work is complete in Canada, North Dakota and Wisconsin. The project is on track to be complete and in service by the fourth quarter of 2021.

The proposed new pipeline would transport up to 760,000 barrels of tar sands oil every day across 338 miles in northern Minnesota through 227 lakes and rivers, including the Mississippi River. The pipeline also crosses ceded lands of the Red Lake Band of Chippewa and the White Earth Band of Ojibwe where members of both tribes reserved the rights to hunt, fish, and gather on ceded territory. Many believe that the pipeline would destroy culturally important wild rice beds, risk catastrophic spills, and significantly contribute to climate change, representing the equivalent of 50 coal plants worth of greenhouse gas emissions to the atmosphere.

On July 19, Director of Mainline Construction for Line 3 Barry Simonson said to the Alexandria Echo Press that the project is focused on protecting and conserving water and “continue to work with agencies on next steps.”

“It’s worth noting that our pipelines have coexisted with some of the country’s most productive wild rice waters for seven decades,” said Simonson.