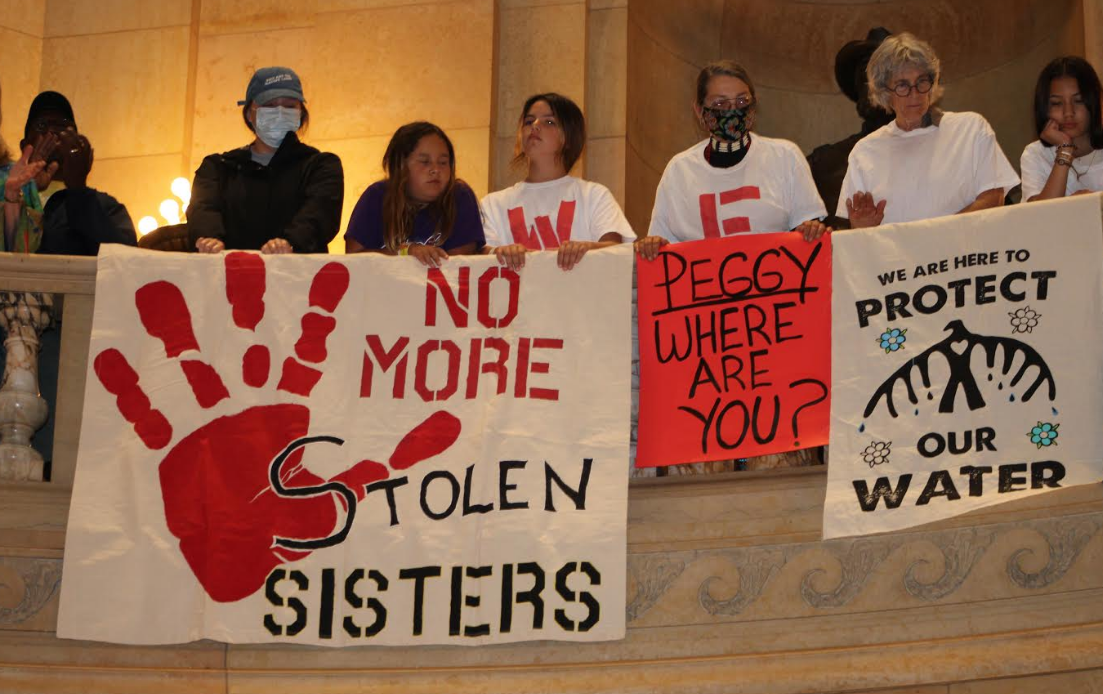 ST. PAUL, Minn.—The Minnesota Department of Natural Resources (DNR) suspended some water appropriation permits in some parts of the state due to an extreme drought, according to the DNR. Some permits affected by the decision include Enbridge’s Line 3 construction project. Dust control water sources and hydrostatic testing and horizontal directional drilling water sources have been suspended on the Shell River, and others.

“The DNR has temporarily suspended surface water appropriations for some permittees in areas where flow conditions meet certain triggers,” said the Minnesota Department of Natural Resources in a statement. “These suspensions include Enbridge’s water appropriations for dust control, drilling and line testing in some locations, in response to low stream flow conditions.”

Enbridge is still authorized to appropriate water from some other surface water sources that are not located within watersheds experiencing low streamflow and from sources that do not affect surface water, according to the DNR’s website.

Protests have picked up in recent weeks, with the amount of water permitted for construction being one of the focus areas of criticism for the controversial tar sands oil pipeline. On June 4, 2021, the DNR amended one of Enbridge’s permits to increase the authorized use of water from 500 million gallons to 5 billion gallons of water. Enbridge requested the increase after winter and spring construction required significantly more dewatering than was anticipated according to the DNR.

With one of the worst droughts on record, opponents of Line 3 argue that the construction of the pipeline risks culturally important wild rice beds and will contribute to climate change.

When completed, Line 3 will carry 760,000 barrels of tar sands oil per day across 227 lakes and rivers. The emissions from the oil pipeline will eventually equal the emissions of 50 coal plants to the atmosphere. The pipeline also crosses ceded lands of the Red Lake Band of Chippewa and the White Earth Band of Ojibwe where members of the tribe reserved the rights to hunt, fish, and gather on ceded territory.

Last Friday, the White Earth Tribal Council hosted a press conference to raise concerns about the pipeline’s effects on water and wild rice, which is protected by treaties. In June, the Tribal Council sent a letter to Minn. Governor Tim Walz requesting Enbridge’s permit be suspended because the groundwater involved could possibly affect the wild rice beds.

According to Minnesota DNR Communication Director Gail Nosek, the DNR is taking the current statewide drought situation very seriously and has a monitoring and response plan in place. “Part of this plan is monitoring stream flow and lake levels and adjusting water appropriation permits as necessary,” Nosek said.

The pipeline’s construction is estimated at 60%, leaving the recent suspension on Enbridge’s permission to continue working as a positive message. At least one of the issues opponents is being honored—the extreme drought in northern Minnesota. For the last several weeks, opponents have been advocating for the State of Minnesota and President Biden to honor treaties to try to halt construction.

On Wednesday, members of the White Earth Tribal Council participated in a rally inside the Minnesota State Capital asking Minnesota Governor Walz and Lt. Governor Peggy Flanagan to stop Line 3. Flanagan, a White Earth Tribal Member, has been outspoken against the pipeline but is facing pressure from tribal members and allies to oppose the pipeline.