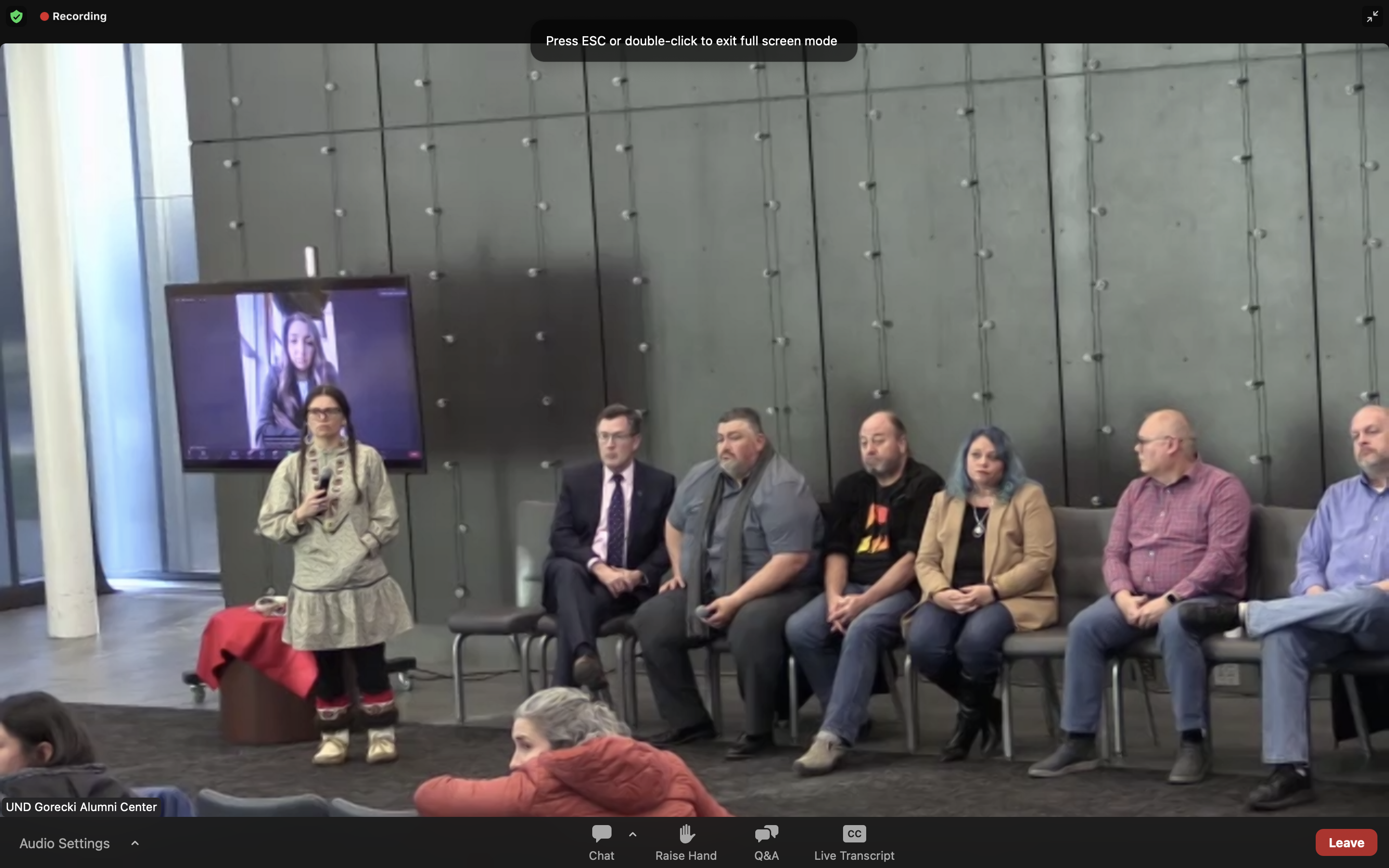 The University of North Dakota (UND) president Andrew Armacost announced today that it has at least one Native American ancestor that was used for research at its School of Medicine and Health Sciences.

“While bio-modern practices in medical schools rely on known donors, the question at hand was whether older common practices that were previously used at UND raised any ethical concerns, including the possible use of Native American ancestors,” Armacost said in a statement. “We have determined that there is, in fact, at least one Native American ancestor. We won’t know how many more until our specialists do their work.”

The university’s update comes after their August announcement that UND staff discovered “dozens” of Native American human remains and “several hundred objects taken from Indigenous lands and communities” that the school had never before reported, as required by federal law.

The initial finding occurred in March when faculty and staff found the human remains and cultural objects boxed in the basement of an anthropology building that is currently not in use while searching for a missing sacred item on campus, a tribal historic preservation officer in North Dakota told Native News Online in August.

In response, UND formed a NAGPRA Compliance Committee to work towards repatriation. Armacost said the school finalized a contract with a cultural resource management team on Oct. 17 that will support the cultural and technical work of repatriation. The university has also committed to hiring a specialist to help with tribal outreach and manage the overall repatriation efforts. Finally, the committee — composed of several Indigenous staff members — has continued its search around campus for additional ancestors in the university’s possession.

That search led committee staff to the School of Medicine and Health Sciences, where the skull of an ancestor was discovered out of “several hundred” human remains. The skull is thought to be Native American due to documentation found near it, committee co-chair Crystal Alberts said. According to committee co-chair Laine Lyons (Turtle Mountain Band of Chippewa Indians), the cultural resources management team will not be using DNA analysis to determine the ancestor’s origin.

The discovery has also led the university to reflect on the respectful handling of non-Indigenous human remains. Armacost said the School of Medicine and Health Sciences leadership is working with other medical schools to define procedures to identify the origin of the human remains and eventually return them home.

Josh Wynn, the dean of the School of Medicine and Health Sciences, apologized to Indigenous staff for his school’s practice.

“We should have taken more of an initiative rather than having things discovered,” Wynn said. “On behalf of the school, but also on behalf of me as the leader of the school, I apologize. We should have changed before, but we didn’t. We will no longer use human bones in our teaching. That can be done quite adequately with plastic bottles, and we will do so henceforth.”

President Armacost said the NAGPRA Compliance Committee will host monthly meetings to update faculty, staff, students, and the public on its repatriation process moving forward. Interested parties can stay up to date by visiting the school’s repatriation webpage.