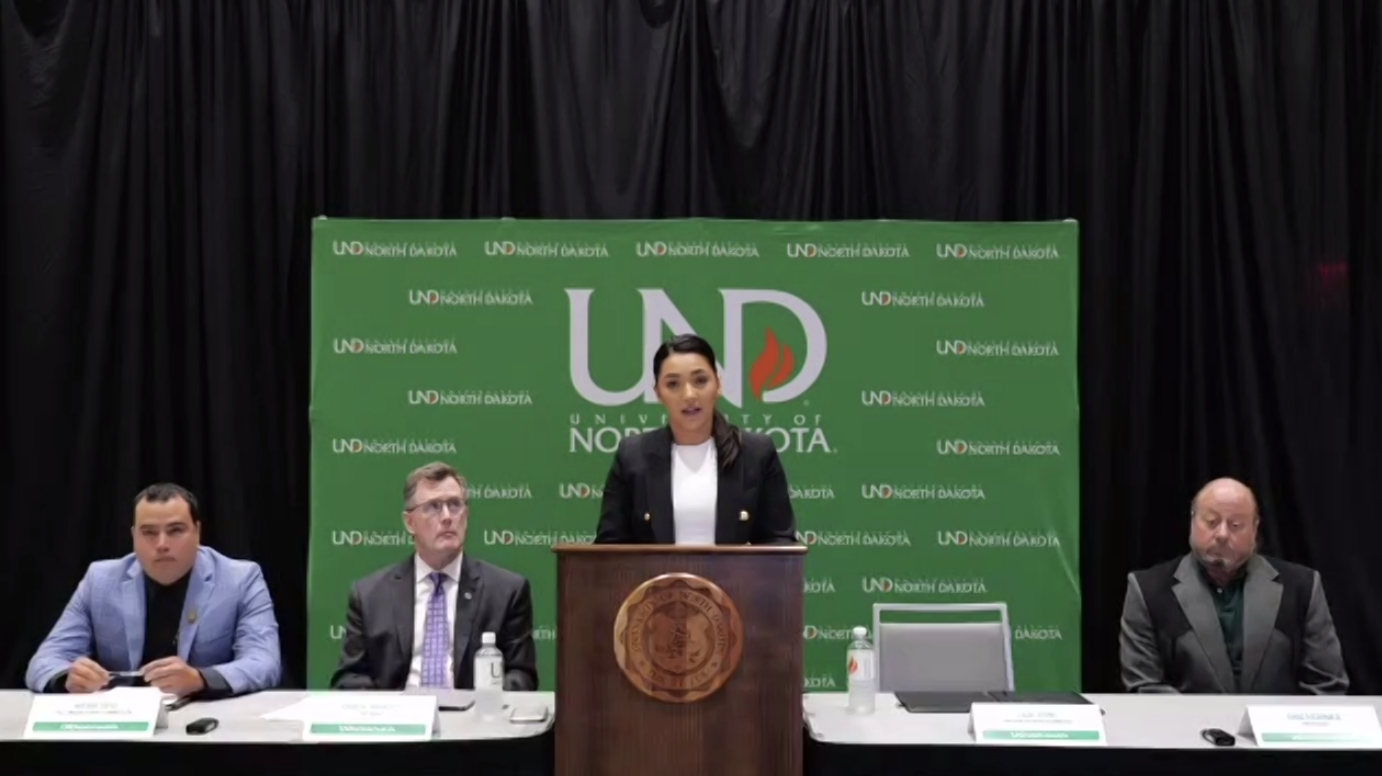 Today, the University of North Dakota (UND) announced it discovered “dozens” of Native American human remains and “several hundred objects taken from Indigenous lands and communities” that the school is working with tribal nations and federal officials to catalog and return.

In March of this year, faculty and staff found the human remains and cultural objects boxed in the basement of a derelict anthropology building on campus while searching for a missing sacred item on campus.

“At that moment, my heart sunk into my stomach,” said UND Professor Laine Lyons (Turtle Mountain Band of Chippewa Indians), a member of the University’s recently formed NAGPRA compliance committee, on the moment the first ancestor was identified on campus on March 3. “It was at that moment that I knew we were at another institution that didn't do the right thing.”

Lyons said she and other staff immediately informed the university of its findings.

“It begs the questions: How did this happen? Who did this? Why did they do this? All questions we are seeking to know and looking to answer,” she said.

Although UND is required by a 32-year-old law to catalog and report to a federal committee any Native American human remains or sacred objects it possesses, the school never did.

UND President Andrew Armacost called the noncompliance “inexplicable” and pledged his administration’s “full support and commitment to the tribal nations impacted by this mistake.”

Armacost said the university believes that some of the ancestors and items were taken directly from sacred burial mounds beginning in the 1940s and through the 1980s.

“Our primary goal now is to work diligently until all ancestors and sacred objects are returned home, regardless of how long it takes,” Armacost said in a statement. “Upon learning of this discovery, we reached out immediately to representatives from a half-dozen tribal nations. That number has now grown to thirteen and will continue to expand.”

He said the consultation process has been underway for four months, and the university waited to announce the news until initial communications with tribal nations were complete, at the request of those tribes. “We didn’t want a lot of media until we came up with a solid plan,” said Dianne Desrosiers, the tribal historic preservation officer for the Sisseton Wahpeton Oyate—one of the five North Dakota tribes involved in consultation with the university.

In the past five months, Desrosiers said the university worked with the tribes to move the remains and sacred objects to a temperature-controlled, secure location where it could conduct the necessary spiritual practices.

“We were able to get [the remains] and move them to a secure area without a whole lot of fanfare,” Desrosiers said.

The university has hired a Native American Graves Repatriation and Protection Act (NAGPRA) consultant, Jim Jones (Leech Lake Band of Ojibwe), to begin the potentially yearslong process of cataloging and researching tribal affiliations for each ancestor and object. It also launched a repatriation webpage to explain the university’s repatriation process to date and provided on-campus support for students and staff impacted by the news.

Additionally, National NAGPRA Program manager Melanie O’Brien told Native News Online that the university reached out to her office for technical assistance. She added that penalties for institutions that fall out of NAGPRA compliance are only assessed if and when an allegation is made against an institution for failure to comply.

Desrosiers made it clear that, although she was “disturbed” by the university’s findings, it doesn’t reflect the current administration’s fault.

“I think they were taken aback by what they actually had there,” she said. “The tribes (all) had the very same question: how could this happen? And the president, he couldn’t answer it. But that was beside the point because then tribes said: ‘Then how can we remedy this? What are you going to do to ensure that we take care of them? And they were open to whatever the tribes want. And we want to do it respectfully.”