Two Tribes Backing Away from Agreement with Oklahoma AG

OKLAHOMA CITY—An agreement between the Five Tribes of Oklahoma and the state’s attorney general may be unwinding just days after it was announced.

On Thursday, the Oklahoma attorney general and the Five Tribes of Oklahoma—Cherokee, Chickasaw, Choctaw, Muscogee (Creek) and Seminole— announced an agreement to address how criminal and civil legal matters will be handled in the state. The agreement followed last week’s historic U.S. Supreme Court’s McGirt v. Oklahoma decision that reinstated the Muscogee (Creek) Nation’s reservation across 11 counties in eastern Oklahoma.

Although four of tribes were not explicitly mentioned in the decision, all had signed similar treaties and were subject to similar Congressional actions prior to Oklahoma statehood, leading many tribal law scholars to believe the McGirt ruling could also be applied to them.

The agreement is not legally binding, but would have laid the foundation for proposed federal legislation, according to a news release from the AG’s office.

Less than 24 hours after an agreement in principle, two of the participants are backing away from the agreement. On Friday, leaders of two of the tribes, Muscogee (Creek) Nation Principal Chief David Hill and Seminole Nation Chief Greg P. Chilcoat, said they are not in support of the agreement.

In a letter dated July 17, 2020, Hill writes, in part, to his fellow Muscogee (Creek) Nation citizens:

“I want to inform you that Muscogee (Creek) Nation is not in agreement with the proposed Agreement-in-Principle document released yesterday by the State of Oklahoma.

The change of heart apparently caught state officials off guard, with Oklahoma Attorney Mike Hunter issuing a statement late Friday, saying that his office and the tribes had been in talks about the matter for more than two years. The discussions were prompted by the 10th Circuit Court ruling in a case brought forward by Patrick Murphy, a Muscogee (Creek) citizen with a case similar to Jimcy McGirt’s that also wound up before the Supreme Court.

“Since the Murphy case went before the U.S. Supreme Court over two years ago, we have been meeting regularly with the Muscogee (Creek), Seminole, Cherokee, Chickasaw and Choctaw Nations to discuss potential legislation, so Chief Hill’s statements today come as a stunning and regrettable reversal of commitments and assurances to me,” Hunter said in a statement.

“This is neither in the best interest of the state of Oklahoma nor its tribal citizens. Legislation is necessary to clarify the criminal and civil uncertainty created by the McGirt decision,” the statement said.

The chief of the Seminole Nation voiced his opposition to the proposed agreement with a statement:

“Before the Seminole Nation will consider any such framework, the nation requires respectful and meaningful government-to-government discussions directly with the state,” Chilcoat said. “Until such government-to-government discussions occur, and the Nation has an opportunity to fully conduct its own due diligence to any such proposed legislation, the Seminole Nation does not consent to being obligated to an agreement between the other four tribes and the state.”

As of Saturday, it appears the Cherokee, Chickasaw and Choctaw nations are still in support of the proposed agreement that affirms the Five Tribes’ jurisdiction in criminal matters over American Indians in their respective territories and non-Native individuals covered by certain laws.

Some familiar with tribal matters were shocked at the rapid speed an agreement was reached. 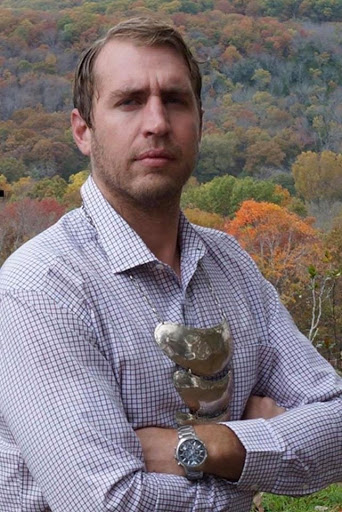 “I was elected to the tribal council last fall. There have been no serious conversations about the Cherokee Nation being a part of this agreement since I got on the council. The Cherokee attorney general has provided updates that basically said there were conversations taking place with other tribes about the outcome of the Supreme Court case. But there was never any details of the agreement discussed,” Nofire said.

Nofire says the Cherokee Nation’s constitution does not allow the principal chief to agree to the agreement without having the tribal council’s approval.

“I don’t consider this a very smart move giving up sovereignty right back to the state of Oklahoma. It was an immediate letdown to me. I think it was a dictatorial move to reestablish the state’s jurisdiction over tribal boundaries,” Nofire said.

“I just feel as if this was a rushed decision. Whether you understand it or not, something like this agreement needs to be researched.”

Levi Rickert contributed to this article.

Donate
Free Newsletter
About The Author
Author: Lenzy Krehbiel BurtonEmail: This email address is being protected from spambots. You need JavaScript enabled to view it.
Breaking News