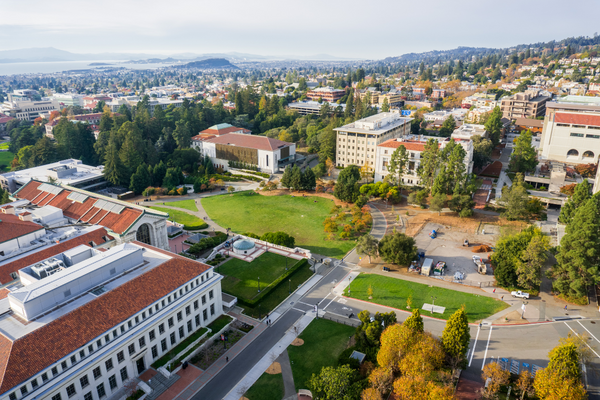 Among Native communities, federal officials, and museum employees across the United States, The University of California at Berkeley has a longstanding reputation as the institution with the most Native American human remains and associated burial objects in its collection.

At its peak, UC Berkeley’s Phoebe A. Hearst Museum of Anthropology held about 12,000 ancestors, according to the data it self-reported under federal law in the late '90s.

In the last several decades, since both federal and state law in California have mandated the catalog and return of Native American human remains and burial objects, UC Berkeley has returned 3,000 ancestors— or just 25 percent of its total holdings.

But one-third of those repatriations have taken place in roughly the last year since the California Legislature’s passage of updated, more stringent state law in late 2020, signaling a more steady stream of repatriations to come.

Additionally, in just the last year, the institution returned about 55,000 burial items or belongings back to tribes, or about 48 percent of its total holdings.

“I think there should have been more remains returned,” California State Representative and member of the Serrano/Cahuilla tribe, James Ramos, told Native News Online. “I don’t know what the hold up is. When tribal people are coming and saying, ‘those are our family members, and an institution is not expediting them, there’s a problem.”

Sabrina Agarwal, Professor of Anthropology and Special Adviser to the Chancellor at the University of California Berkeley, presented on the university’s history and current efforts to return ancestors during an October conference on repatriation held by the Association on American Indian Affairs.

Agarwal noted prior stall tactics at UC Berkeley, including past practices of consulting only with federally recognized tribes, despite the fact that the surrounding Bay Area is home to mostly non-federally unrecognized tribes; prioritizing scientific and scholarly evidence and discounting tribal knowledge in determining cultural affiliation; forbidding tribal representatives to participate with committee discussions on claim reviews; and not having a clear timeline, or transparent process.

“These are really tactics to delay repatriation that happened for decades in the history of our campus,” Agarwal said. “Perhaps the most painful and upsetting thing that continued with research and teaching up until 2018 with culturally unidentified ancestors’ remains.”

She added that the vast majority—or 76 percent of UC Berkeley’s current holding of 9,000 ancestors and 13,000 associated burial objects—can be affiliated with non-federally recognized tribes from two counties in the Bay Area, Contra Costa County and Alameda County. According to Agarwal, UC Berkeley is in consultation with the tribes where geographic affiliation is known.

Agarwal reconstructed a timeline of events that have led to institutional change when it comes to NAGPRA over the last five years or so:

Agarwal summarized the biggest change in UC Berkeley’s NAGPRA work as it shifts toward privileging tribal knowledge above all else.

“Our perspective is that tribes are the ones that know what the sacred objects are for. We trust their knowledge, and we don’t need to have a long set of lengthy discussions about it,” Agarwal said. “We don’t ask for a huge stack of papers. If a tribe is to tell us something is an object of cultural patrimony, that’s enough.”

Over the summer, UC Berkeley completed its first significant repatriation under its new policy, Agarwal said. The institution returned 553 ancestors to the Federated Indians of Graton Rancheria in California, along with close to 5,000 belongings and more than 1,600 objects of cultural patrimony.

But still, a state audit of the University of California’s three campuses (at Berkeley, Davis, and Los Angeles) conducted in 2019 and published the following year shows that — until Native communities began demanding change, including via Ramos’ legislation—very little progress was made.

“UC Berkeley has claimed to be working on it for decades,” Ramos said. “However, it wasn’t until I introduced AB275 and signed it into law and started having hearings as a state legislator on where they were at and the implementation of [the law] that they started to then really work to repatriate remains back to California’s first people and Native Americans throughout the nation.

Another audit report on the UC system is due for publication today, Nov. 17. Additionally, Ramos said the State Auditor is currently in the process of surveying the California State University Archives for NAGPRA compliance, as well.

“As Indian people, we’ve been fighting for repatriation for years,” Ramos said. “Now in the year 2022, going into 2023, it still remains a top issue for many in the state of California and across the Nation to get our remains back into the ground where they can properly rest.”