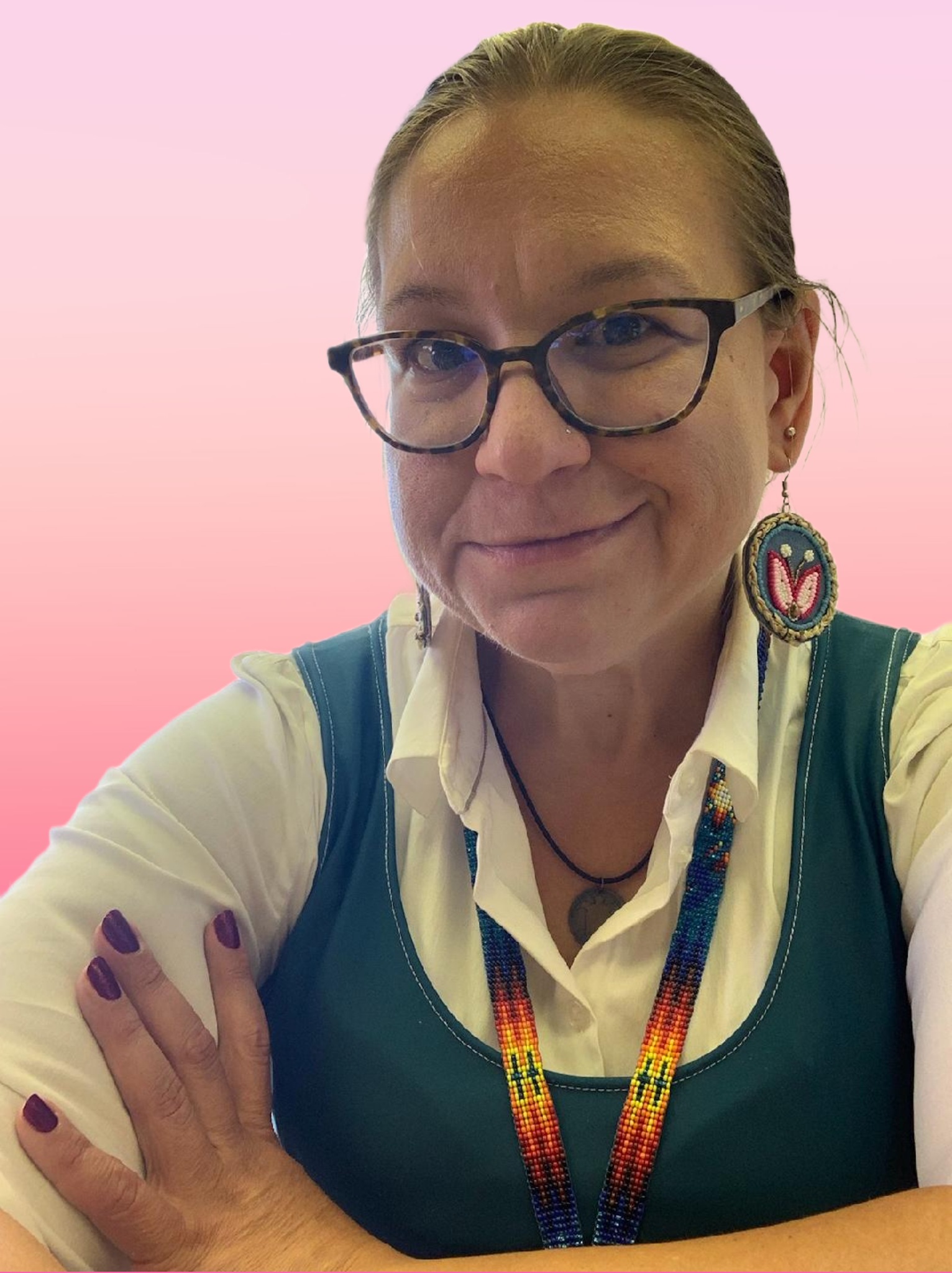 In her new role, Miller will build relationships with dozens of tribal nations the museum is undertaking consultation with in an effort to clear its collection of 7,590 human remains and 36,400 burial objects, according to the federal database.

Native News Online spoke with Miller over Zoom from her apartment in Chicago about The Illinois State Museum’s brand new position, the future of repatriation work, and other efforts she’s undertaking to help de-colonize museum work.

What are your various roles in this new position?

I am the brand new director of tribal relations and historic preservation for the Illinois State Museum. Within this position, one of the major pieces of the work is going to be dealing with and making sure that Illinois state is up to date with its NAGPRA requirements.

Another part of the position is going to be dealing with historic sites. I’ll be responsible for the management and caretaking of the historic sites across Illinois that have a significant tribal presence. Those could include things like Dickson Mounds and Cahokia Mounds, but they are also going to include the two state boarding school sites — the state only owns one of the two boarding school sites — that will be in need of some interpretation and some caretaking. Part of the work will also be managing policy and interpretation and caretaking of some of those Tribal Historic Sites.

What aspects of your job are you most excited about?

The thing that most excites me about this is that it’s a brand new position. Nobody’s ever had it, and it seems like the time is right. I don’t think that five years ago, people would be talking about the type of NAGPRA work that we intend to do on such a serious level here in the state. I think we’re finally getting to a point where people will take this seriously and want to see these changes. I’m not saying it’s going to be easy on any level, but I’m saying that it’s just a different time now, and I think people are ready for it.

We’ve got some really cool things on the horizon, like the potential for the Prairie Band Potawatomi to gain some land here in Illinois. That is going to be a historic moment, and I get to be a part of making that happen.

What’s the relationship between the Illinois State Museum and the Department of Natural Resources?

What brought about the Illinois State Museum’s desire to hire NAGPRA-specific staff, beginning with its hiring of director Cinnamon Catlin-Legutko in 2019?

It was really the shutdown of 2015. That was a big deal for the museum. It took them a little while to get their act together and to find another director. That was one of the big critical moments, and then. Cinnamon’s hire was the first step in this whole process.

Cinnamon comes from a really strong decolonization background, specifically in the museum sector, and her work around NAGPRA has been incredible for an ally person in museum work. So it was great to have her join us here in Illinois and move this work forward. She immediately knew that she needed to hire someone to deal with the relationship-building piece that’s necessary in regard to the NAGPRA work. This has been almost a three-year process for her, in terms of finding the right person and building the support needed for this position. So we’re finally in that spot now. In order to make sure that we are returning things respectfully and in the right way, I need to make sure that I’m building up my relationships with those 32 tribes that we have recognized as having claim to Illinois.

What is your previous experience in professional relationship building with tribal nations?

Most recently, I was the executive director of the American Indian Center of Chicago. In that position, I managed an organization with a budget of $800,000. We did cultural work, education work, and artwork — all from a cultural perspective. So many of the things that are our themes now in the museum are things that I have experienced and worked on in previous positions, especially at the Indian Center.

I have worked with several different tribal communities all across the United States. And so I have a background of being in relationships with a wide variety of tribal organizations, entities and government relations. Those experiences [have] uniquely positioned me to work now in this particular role.

What’s been the hold-up for the museum to culturally affiliate and return these ancestors and their burial objects?

One example of this is the Illinois State burial law. My first task was leading some consultation calls with our tribal representatives from our list of 32 identified nations around this burial law. When you read it, it contained language like “these specimens are to be preserved for the people of Illinois for the study of education and scientific benefit.” So just reading that language, it was clear that the only reason that NAGPRA was not being followed was because scientists and researchers in the field had their claws in these laws, and they weren’t going to let that go. It was very obvious that the state is being controlled by those without interest in tribal culture or tribal history. That’s the part that we want to change.

Can you talk about how that state-specific burial law somehow trumped federal law, in this case NAGPRA?

The most poignant thing with that law was that it simply ignored NAGPRA and a tribal perspective. One of the things that I found particularly irksome with that original law, was a section called the O’Hare Modernization Act. Within the language of this particular section, it talked about how the O’Hare Modernization Act was such a good law for Chicago and how it did great work to include women and minorities in the infrastructure of Chicago and that any type of construction additions to O’Hare could be approved because O’Hare had the authority to just take over all construction.

The thing that is so apparent there is that: there’s absolutely no tribal consultation, or no area for tribal knowledge to be inserted. So if O’Hare’s to acquire another piece of property up here on the north side, there’s a very good chance that it could have some historic connection to tribal communities, or mound structures on it.

When we look at ways to bring in NAGPRA, we’ve got to understand that if O’Hare or any entity within the state wants to do construction, then the bare minimum that they can do is bring in a tribal perspective for a consultation to happen. [This will ensure] that no tribal nation is being offended by the way that this work is moving forward in the future.

What advice would you give to other institutions that are looking to do good NAGPRA work?

I think now is the time, just because lots of tribal communities are interested in having more voice in the management of all things, not just NAGPRA related things. But if we start on a NAGPRA level, because that’s a federal mandate, then we can begin to build up our relationships with tribal communities, and we can find ways to bring their voices into all types of areas. I think that anyone, no matter where they are, can take that step and can start building those relationships.

Keep watching us and hold us accountable. For so long, Illinois has not had anybody to hold them accountable, and they’ve been able to get away with a lot of mistakes. Now’s the time for Native people and Native communities to have their voices heard and to make sure that they’re engaging with us. People are welcome to reach out and people are welcome to get in contact with me and hold me accountable to this position that I’m now in.