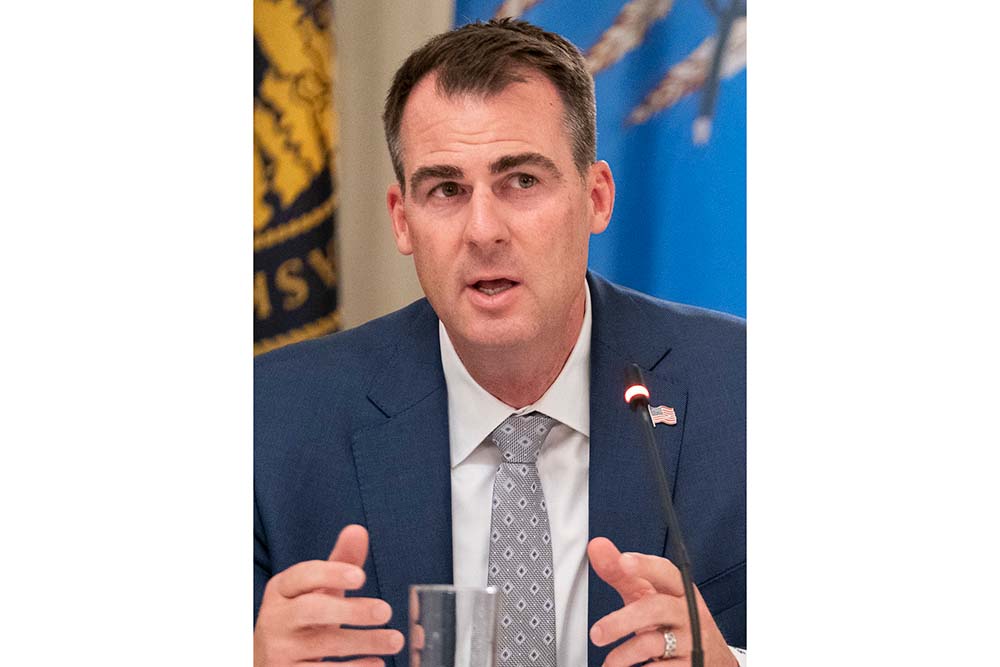 TAHLEQUAH, Okla. — Last week, during an interview on Tucker Carlson Tonight (Fox News), Oklahoma Governor Kevin Stitt said in an interview that the state of Oklahoma, including law enforcement, lost its ability to police and prosecute certain people based on whether or not they have—what he called—an “Indian Card.”

Stitt was commenting on the McGirt v. Oklahoma decision, where the Supreme Court ruled 5-4 in July 2020 that a large portion of eastern Oklahoma remains the Creek Nation and that Congress hasn’t taken official actions to disestablish or diminish the reservation.

“This all started when McGirt, a child rapist, showed his ‘Indian Card’ and got his conviction overturned,” Stitt said on Tucker Carlson Live, a popular conservative political talk show.

Ultimately, the McGirt decision means that Native Americans who commit crimes on the reservation, the large portion of eastern Oklahoma including much of Tulsa, can no longer be prosecuted under local or state legal jurisdiction, but by tribal or federal courts instead.

During his interview, Stitt omitted that McGirt, age 72, was later convicted and sentenced by the U.S. Department of Justice to life imprisonment and five years supervised release for two counts of Aggravated Sexual Abuse In Indian Country, and one count of Abusive Sexual Contact in Indian Country.

The McGirt decision was an historic decision for American Indian Treaty rights, Tribal Sovereignty and is celebrated as a major win for Tribal governments and their inherent rights to govern themselves.

“If an Indian is involved, the state has lost jurisdiction to prosecute those crimes,” said Stitt on Tucker Carlson. “When you think about who is an Indian, you can be 1/500th or 1/1000th; I’ve actually got my ‘Indian Card’ and my six children with blonde hair and blue eyes all have their ‘Indian Cards.’ So, police are having a difficult time telling who’s an Indian in the eastern part of Oklahoma.”

Stitt is a member of the Cherokee Nation and has been an opponent of the ruling, stating that everyone in Oklahoma should be treated equally under the law. “The [McGirt] ruling created two sets of rules for Oklahomans, based on their race. In eastern Oklahoma right now, there is not equal protection under the law,” said Stitt during a Martin Luther King, Jr. Day event this January. “He believed, as I do, that every citizen of this nation is granted the same rights and opportunities under our Constitution.”

Tribes and tribal leaders have responded to the various comments that Stitt has made, saying largely that the governor is pushing a one-sided agenda that undermines tribal sovereignty.

“As a tribe of 410,402 citizens, we’re thankful for the 410,401 Cherokee citizens who aren't going on TV to undermine our rights and sovereignty,” said the Cherokee Nation of Oklahoma on Twitter on March 31.

Principal Chief of the Cherokee Nation Chuck Hoskins, Jr. said to KOSU that the Gov.’s comments undermine that Tribes can ensure public safety and that agreements have been made with Tribes and local law enforcement.

“Tribal nations, along with our intergovernmental partners, continue to ensure the safety of our communities and our neighbors, and we have expanded our criminal justice systems to handle our increased obligations,” Hoskin said to KOSU. “We have dozens of agreements in place that allow law enforcement officers to continue to do their jobs, and we are disappointed the Governor continues to lie and denigrate that work.”

Crystal Echo Hawk (Pawnee Nation of Oklahoma), executive director of IllumiNative, issued a statement condemning Stitt’s comments, saying that his comments are divisive and aimed to garnish votes later this year as he faces reelection.

“We need to vote racism and bigotry out of office this year, starting with Governor Stitt and his anti-Native administration,” said Echo Hawk. “The Native electorate is powerful. Come election season, we will support the candidates who will honor the federal government’s promises and uphold Tribal Nation’s inherent right to exist and govern.”

The Supreme Court is scheduled to consider whether the state [Oklahoma] should have concurrent jurisdiction over non-Indians when they commit crimes on Indian “reservation land” later this month.