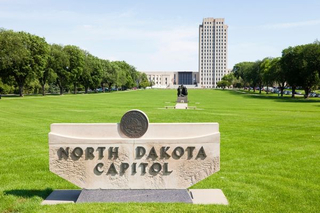 BISMARCK, ND — North Dakota lawmakers introduced a bill on Monday that would solidify the rules of the Indian Child Welfare Act (ICWA) into state law.

The bipartisan proposal comes as Indian Country awaits the Supreme Court decision on Haaland vs. Brackeen, which will determine the fate of the 43-year-old federal law designed to keep children who are tribal members with Native families. The court heard arguments in November 2022 and is expected to release a ruling later this year. Advocates in Indian Country consider the case to be the most significant threat to sovereignty in modern times.

Davis introduced the bill to North Dakota’s House Human Services Committee on Monday, telling the committee that the law would ensure that Native children grow up with their cultural ties intact. In answering questions from the committee, she distinguished Native Americans as political entities in the eyes of the law, as opposed to a racial group.

“The Supreme Court decision could come down at any time,” Davis said. “It’s important that the state codifies our own ICWA.”

ICWA came in response to centuries of Indian Country being decimated by the forced separation of children and families. Native children were often placed in residential boarding schools and subject to horrific and sometimes deadly abuse.

Congress enacted ICWA less than a decade after the Association on American Indian Affairs found that ​25 percent to 35 percent of all Native children had been removed from their families and placed in foster homes, nine out of 10 times with non-Native parents.

“This bill is another example of how we — states and tribes — have to band together when it comes to federal overreach,” David said. “We’ve seen federal agencies create a once size fits all approach that doesn’t work for states or tribes.”

It’s important for us to keep ICWA law strong and keep this relationship between the states and tribes strong ... this is very, very important to my people, my relatives, our court systems, and our sovereignty.”

All five federally recognized tribes in North Dakota tribes were consulted in drafting the bill.

Eleven states have a version of ICWA codified into law, including Iowa, Michigan and Nebraska.

No one testified against the bill Monday. The panel is not expected to vote on the bill before next week.

Donate
Free Newsletter
About The Author
Author: Elyse WildEmail: This email address is being protected from spambots. You need JavaScript enabled to view it.
Breaking News