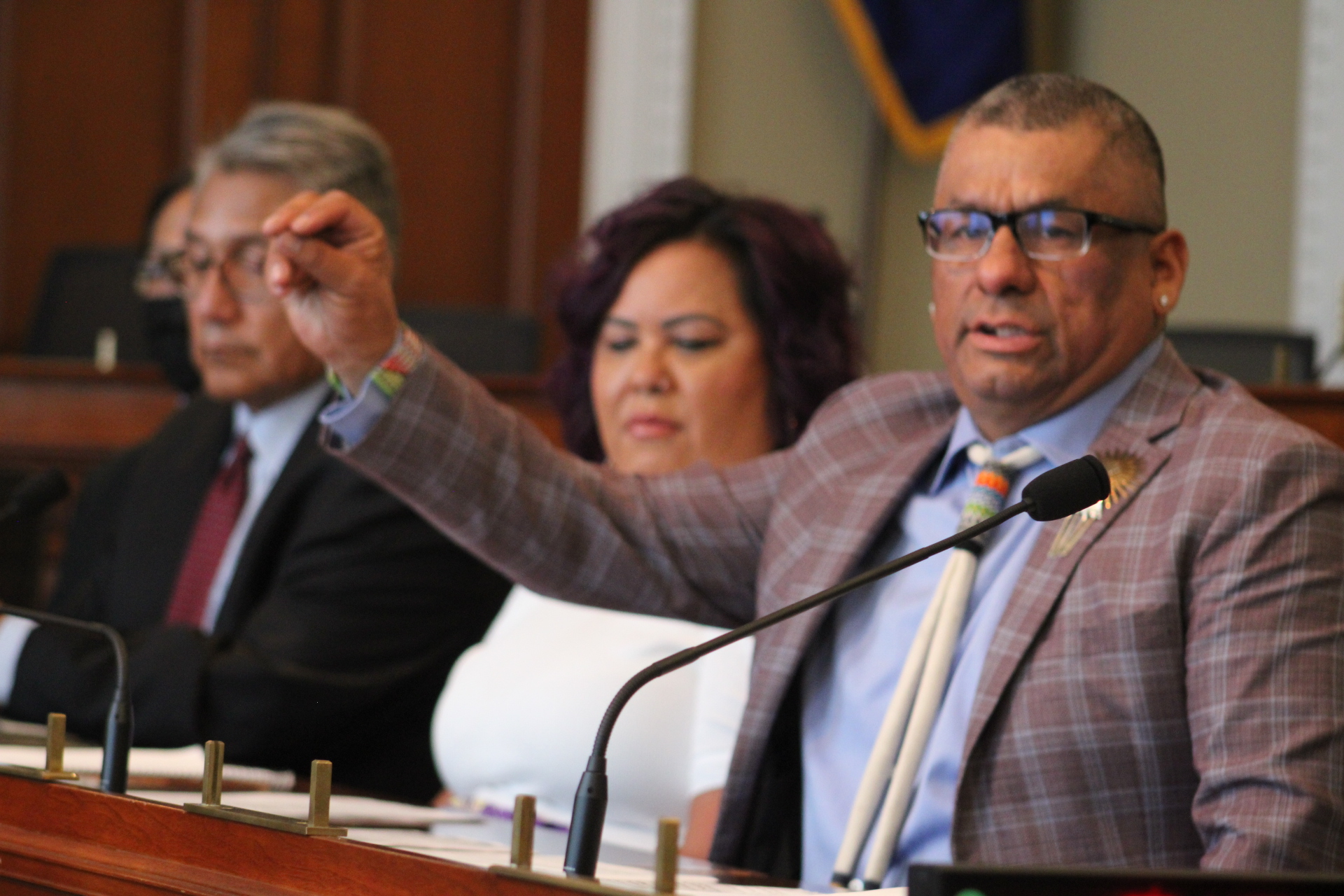 “For the first time in nearly 30 years, the U.S. House of Representatives Natural Resources Committee is coming out to Indian Country to hear from ceremonial leaders and Native American Church members on the state of peyote habitat and the Native American Church,” NACNA President Jon Brady said in a statement.

The meeting comes several weeks after NACNA leaders traveled to Capitol Hill to advocate for the protection of peyote’s habitat.

In their meetings, the NACNA encouraged the Subcommittee for Indigenous Peoples of the United States to host a listening session while Congress is in recess. The House is out of session from Oct. 1 until after the midterm elections.

“There are substantial federal investments in conservation easements in both the Interior Department and USDA,” NACNA said in a statement. “NACNA is advocating for the inclusion of Peyote habitat in these existing programs.”

Peyote cacti are threatened by extractive industries like mining and oil, cattle grazing, an underground market that poaches the peyote cactus, and private landowners. Peyote is used as a sacrament and is not used recreationally, leaders say.

When passed, the AIRFA provided federal protections for American Indians to exercise their traditional religions and ceremonies and included access to sites and the possession and use of sacred objects. The Act was amended in 1994 to protect “the use, possession, or transportation of peyote by an Indian for bona fide traditional ceremonial purposes in connection with the practice of a traditional Indian religion is lawful, and shall not be prohibited by the United States or by any State.”

Since 1978, there hasn’t been a review of its policies conducted by federal agencies as the law requires. Although the act protects prayer and the use and possession of peyote, it doesn’t protect sacred places.

Ryan Wilson, NACNA’s Legislative Chair, spoke with Native News Online and said Wednesday’s meeting is one of the first steps of what he considers a long, arduous process for Congress to assert their oversight of the American Indian Religious Freedom Act.

“It is time for all of us to unite and express the true challenges to our religious freedoms, regardless if it’s the prohibited cost of our holy medicine, ongoing issues with the northern border, root plowing of our medicine, the rapidly fading natural habitat of our sacred lands the Peyote gardens, and unscrupulous efforts to exploit our way of life,” Brady said.

The Subcommittee for Indigenous Peoples of the United States is the sole Subcommittee with exclusive jurisdiction over American Indian, Alaska Native and Native Hawaiian issues in the House of Representatives. It is the first time that protections of the peyote habitat have been proposed. In the meeting, the Subcommittee will hear about efforts to secure the protection of American Indian religious freedoms in Oklahoma, where the Native American Church was founded.

Wednesday’s meeting is hosted at the Oklahoma City Convention Center, room 104 at 5:00 p.m. and is open for stakeholders, NAC members and tribal leaders to provide comments on policies to strengthen the AIRFA. The meeting is hosted in conjunction with the National Indian Education Association’s annual convention.