In Minneapolis, a March for Boarding School Victims and Survivors 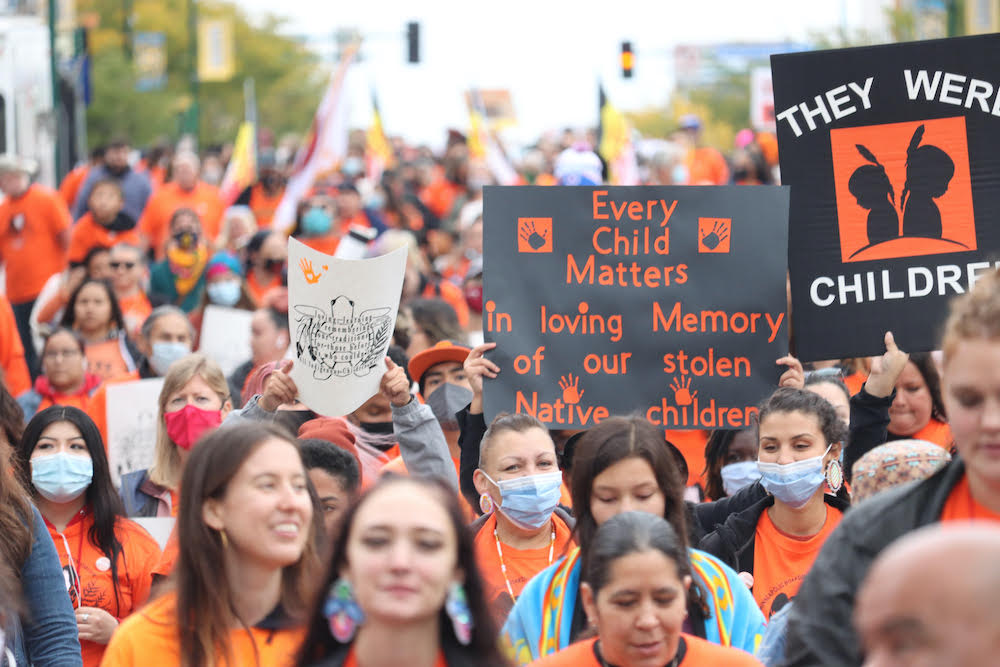 MINNEAPOLIS—On Friday, hundreds of people marched in solidarity as part of the boarding school survivor and victim memorial event in Minneapolis. Crowds marched through Southside neighborhoods to raise awareness of the legacy of boarding schools that is still felt in the American Indian community today.

“Today we came together in community to honor and remember our people who experienced a strategic and intentional genocidal policy known as boarding schools,” Minnesota Indian Women’s Resource Center Executive Director Marisa Cumings told Native News Online. “Many of us carry the trauma and pain in ourselves and family lines. We stand today as survivors. We stand here today in solidarity and strength to honor those who survived and those who never made it home and lost their lives at these violent government and religious institutions.” 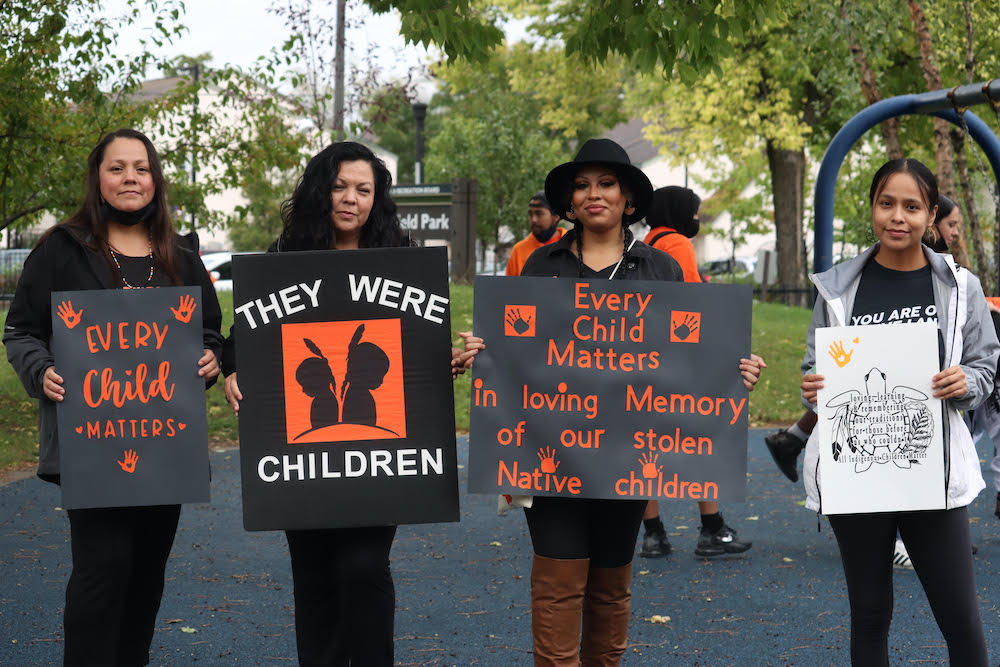 Participants hold signs in the Boarding School Survivor and Victim Memorial March in Minneapolis on Friday, September 24, 2021. (Photo/Darren Thompson for Native News Online.)Prior to the march, crowds met in the Little Earth neighborhood on Minneapolis’s Southside and listened to speakers share their experiences attending boarding school.

“I came to the march to support the people here,” Anango Desjarlait, 14, told Native News Online. “I hope that people see us for who we are and what we have gone through and that we are still here.” Anango traveled to the Twin Cities from the Red Lake Indian Reservation, 230 miles north, with her family to participate in the march.

Many families were present in the march.

“I pulled my girls out of school because I feel that this issue is really important for them to understand how historical and intergenerational trauma affects our everyday lives—even now,” Erin Thin Elk (Sicangu Lakota) told Native News Online. “My children are aware of the babies’ bodies who have been recently discovered and that affects them, too.”

Also in attendance was Minnesota Lieutenant Governor Peggy Flanagan, an enrolled member of the White Earth Band of Ojibwe.

“This is the most important place I could be today,” Flanagan said to Native News Online. “I’m here as a member of the community.” 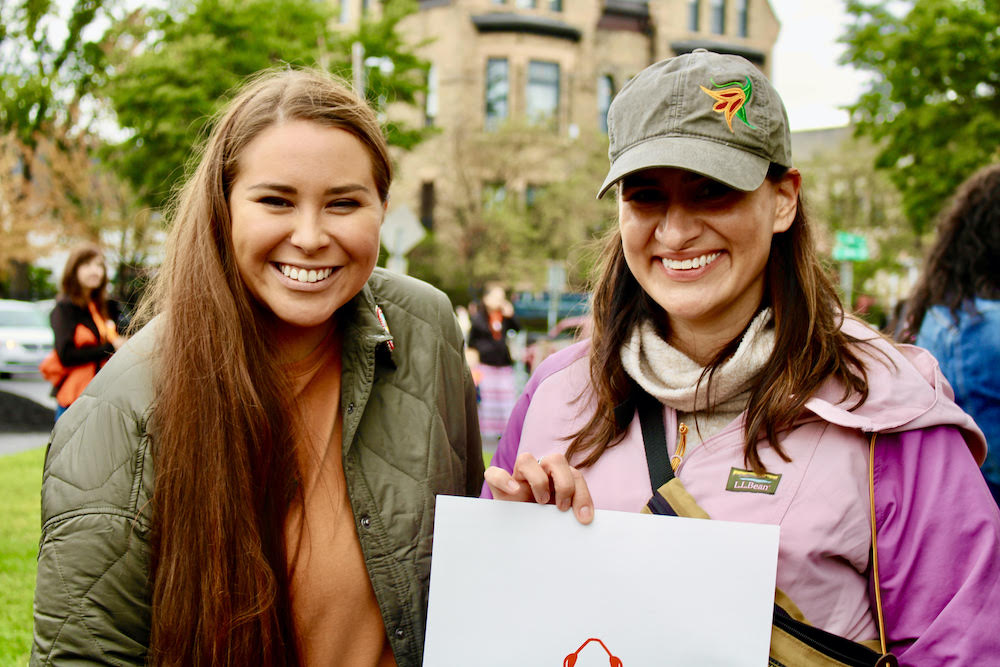 Danielle Tasheena Finn, former Miss Indian World, with Minnesota Lieutenant Governor Peggy Flanagan at the Boarding School Survivor and Victim Memorial March in Minneapolis, Minn. on Friday, September 24, 2021. (Photo/Darren Thompson for Native News Online.)“As we are hearing more about our young people whose graves are being discovered in Canada, we know that the same thing is going to happen here,” said Flanagan. “We have a responsibility here in Minnesota to tell the truth.”

On June 22, 2021, Secretary of the Interior Deb Haaland announced a Federal Indian Boarding School Initiative, which is expected to be a comprehensive review of federal boarding school policies. The initiative directs the Department of Interior to prepare a report detailing available historical records, with an emphasis on cemeteries or potential burial sites, relating to the federal boarding school program.

Next week, on September 30, marks the first National Day for Truth and Reconciliation, a day to recognize and reflect on the legacy of residential schools in Canada. Many solidarity events are planned in the United States.