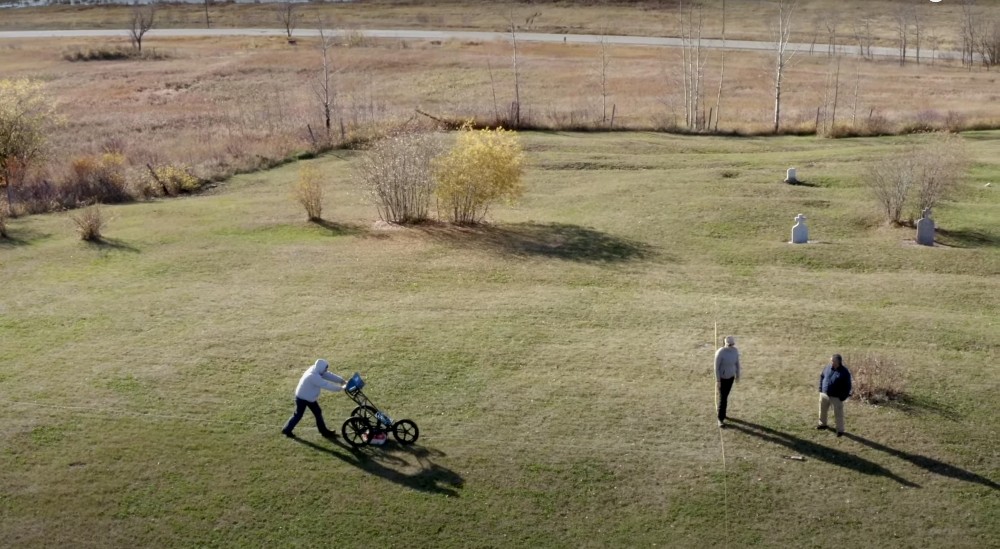 Another First Nation has found Indigenous children's graves on the grounds of a former Residential School.

The Kapawe'no First Nation in Alberta, Canada, announced its findings on Tuesday, March 1 during a Facebook live event.

In October, the Nation asked specialists at the Institute of Prairie and Indigenous Archaeology at the University of Alberta to conduct ground penetrating radar over an acre of land within the former grounds of the St. Bernard Mission, or the Grouard Residential school. The school was operated by the Roman Catholic Church between 1894 and 1961.

One hundred and sixty nine potential graves were indicated in the survey.

“We do not need GPR results to know children did not come home from the school,” Kisha Supernant (Métis/Papaschase/British), the lead on the survey said in a press conference on Tuesday. “The knowledge of survivors and extensive archival records already contained clear information about children dying while in residence here. The use of ground penetrating radar techniques are being used to try to identify where these children are buried.”

Outside of the community cemetery, many of the potential gravesites were found nearby the church, the root cellar, and the former nun’s dormitories.

The results from phase 1 of the Nation’s survey show there is “a long journey” to find out each child’s name, and what happened to them, Supernant said.

Grand Chief of Treaty 8 Arthur Noskey said on Tuesday that he feels a deep sorrow each time he hears of the finding of more Indigneous graves.

“It’s as if this wound cannot heal,” Noskey said. “It’s reopened over and over. And when you think it will get better, it splits open again. Everyday nations and communities across this land continue to find more of our ancestors' remains. How can we heal if we haven't found them all?”

For support or resources in Canada, a National Indian Residential School Crisis Line is available 24/7 for those directly or indirectly impacted by the residential school era, and can be reached at 1-866-925-4419.