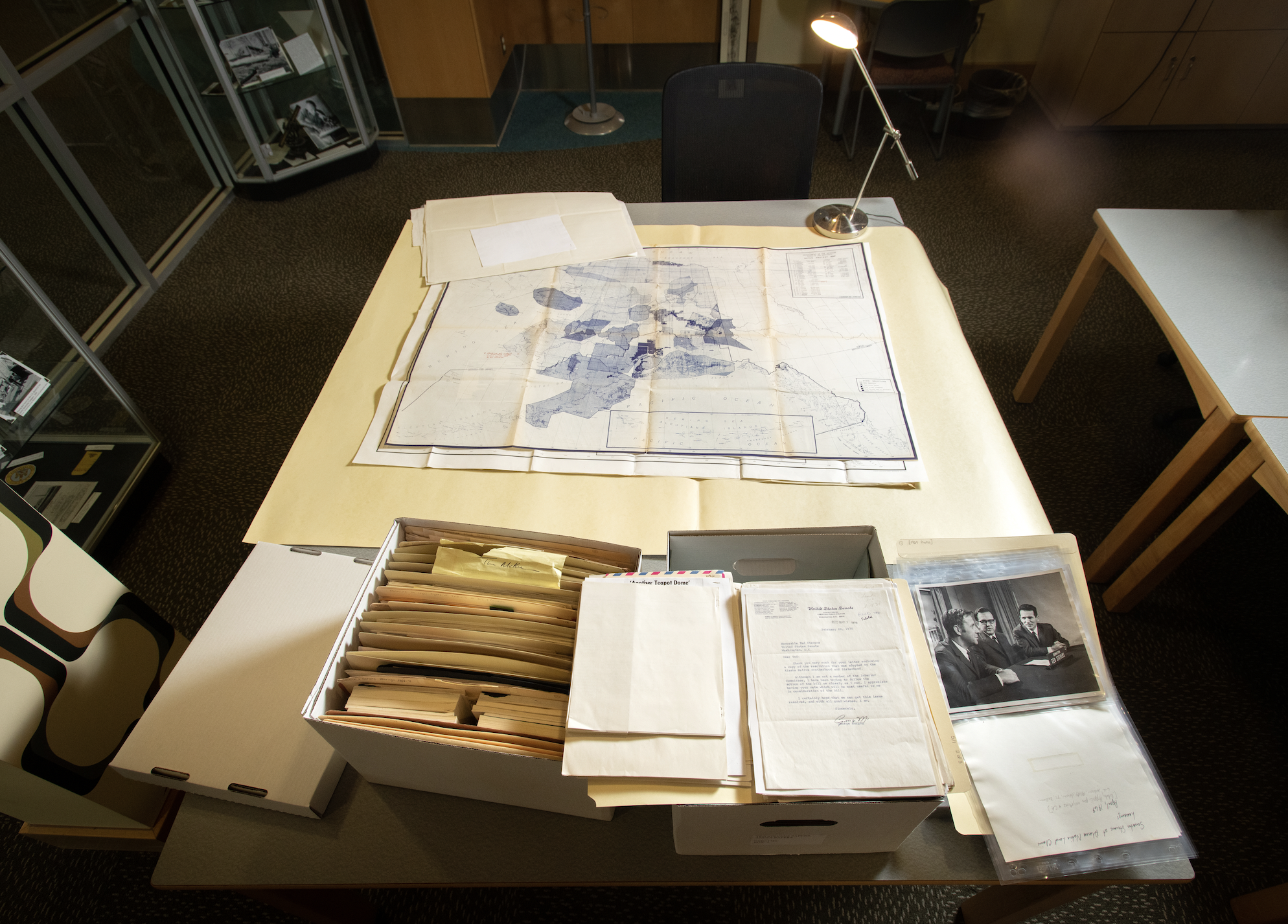 Historic documents from the Alaska Native Claims Settlement Act (ANCSA)—a monumental land claim that ultimately set the stakes by which Alaska Natives live in terms of land allotment and shareholder corporations—were donated to a university library in Anorchage on Wednesday.

The papers belonged to Ted Stevens, a former Republican US senator from Alaska who played a role in the settlement’s passage. The collection includes maps, photographs, official correspondence between the Senator and constituents on the impacts of the bill.

Now, more than a decade after the Senator’s death in a plane crash, the non-profit foundation in his namesake is donating his ANCSA-related records to the University of Alaska Anchorage Consortium Library.

The significance of the transfer, in the words of the foundation’s director Karina Waller, is to create a public Alaska leaders archive.

“As ANCSA has taught us, there’s no single Alaskan leader who has shaped our state,” Waller wrote in a statement. “It has always been a collective effort.”

"Senator Stevens always envisioned donating his collection of papers to a university," Waller wrote to Native News Online in an email. "Given the recent 50th anniversary of the Alaska Native Claims Settlement Act, the Foundation’s team of archivists worked to prepare this part of the collection for donation to UAA's Consortium Library to provide a more comprehensive understanding of the deliberations of Congress in the lead up to ANCSA’s passage."

Despite being a relatively new member of the Senate during ANCSA debates in 1971, Stevens called ANCSA his “baptism of fire as a Senator from Alaska.”

“My memories of the Congressional action as ANCSA took shape aren’t of a battle as much as they are of long hours of tough, hard negotiating, often two steps forward and one step back,” the senator wrote in a local newspaper reflecting on the bill two decades after its passage.

The goal of the library is to serve as an educational place for Alaskans “where it can inform important future decisions and provide real-world research opportunities for students and the UAA community,” according to the foundation’s press release.

Eventually, the foundation says it will give its entire Stevens collection to the library. This will make it one of the largest congressional collections, with over 4,800 boxes of material, including additional ANCSA-related documents, such as papers from later amendments to the law, Waller said.

Visitors can view the Stevens collection of ANCSA papers by appointment. To schedule an appointment, email or call the library archives (907-786-1849), or visit the archives website for more information.

This story has been updated to include further comments from Waller.