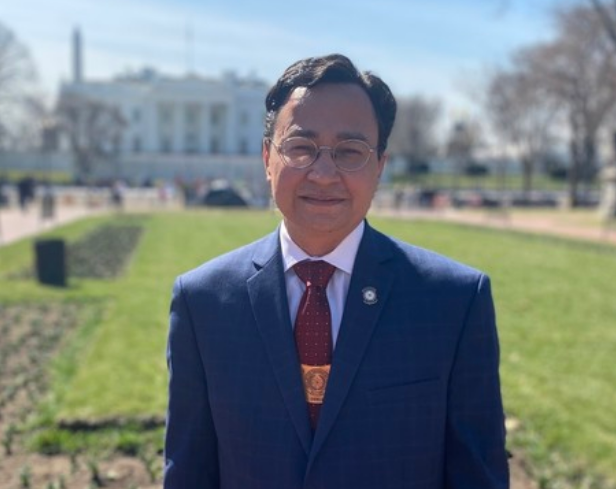 Guest Opinion. An issue that I passionately believe in is that every Cherokee woman should feel safe in her community and in her home. That’s why I was so proud this week to attend the formal announcement of the reauthorized and expanded Violence Against Women Act.

As guests of the White House, other tribal leaders and I were there to celebrate the bipartisan bill that strengthens federal laws protecting our Native mothers, sisters and daughters. It was especially fitting for President Biden to sign this law during Women’s History Month, as we celebrate Cherokee women and our Cherokee matrilineal society.

The reauthorization extends VAWA through 2027 and expands the power of tribal law enforcement to arrest and prosecute non-Native offenders on tribal lands. That means Cherokee Nation can prosecute anyone who commits domestic violence, sexual assault, crimes against children, stalking, intimidation or human trafficking against tribal citizens on our reservation.

VAWA, a landmark piece of legislation, is crucial for protecting Native American women, who are tragically among the most vulnerable groups in the United States. The Department of Justice found American Indian women face murder rates that are more than 10 times the national average, and the Centers for Disease Control and Prevention found more than half of all Indigenous women are subject to sexual violence. The majority of these attacks are perpetrated by non-Native men.

Under VAWA, Cherokee Nation is one of a handful of tribes that has jurisdiction over non-Indians who commit domestic violence on tribal land. Under special tribal jurisdiction, we have prosecuted more than 100 non-Natives in the past year. We are also a strong partner with federal, state and local law enforcement to ensure safety across the Cherokee Nation Reservation. We are committed to ensuring justice, protecting victims and overcoming any confusion over who has jurisdiction to prosecute crimes.

Escaping violence can be an even greater challenge in very rural, isolated areas. The VAWA extension includes provisions for reaching people in these situations, and Cherokee Nation is focused on protecting victims in all parts of our reservation.

Cherokee Nation is a nationally recognized leader in protecting victims of domestic violence. We are growing our successful ONE FIRE Victim Services program with additional staff, more services and a new transitional living center, so that those who have suffered from violence will receive the resources they need to overcome abuse. We are investing millions more in Cherokee Nation’s court system and marshal service, which are both close collaborators with ONE FIRE.

Living a healthy life, free from fear and intimidation, is a basic human right. I am thankful that Congress passed and the President signed a bill that protects this right. For Indian Country, VAWA is one of the most important pieces of legislation in modern history.

A reauthorized and expanded VAWA comes at a time when Cherokee Nation is taking on an enormous responsibility for providing criminal justice under the historic McGirt case. The responsibility for protecting victims of domestic violence, and holding their abusers accountable, over our entire 7,000-square-mile reservation is one we eagerly accept.

Cherokee Nation now has an expanded toolkit to protect women from the scourge of domestic violence, and we are ready to use it. The renewed law is a victory for tribal citizens everywhere.