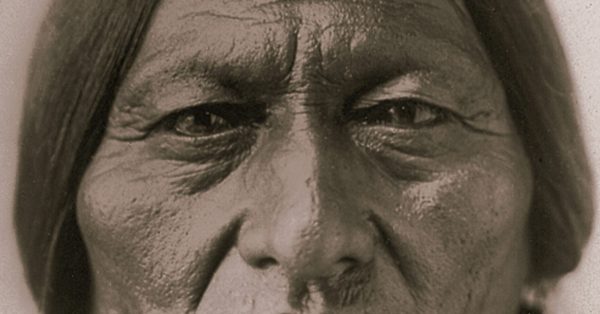 OPINION.  President Donald Trump went to Mount Rushmore on the eve of Independence Day and brought a message aimed to excite his base as the summer progresses to the November presidential election.

Trump’s appearance was already an insult to American Indians, particularly the Sioux leaders who banned him from their historical treaty territory. He managed to make it worse when he unveiled a proposed national “National Garden of American Heroes” there.

Trump’s proposed garden was his attempt to respond to the movement to remove Confederate statues and racially inappropriate imagery in this country, such as sports mascots.

“Angry mobs are trying to tear down statues of our founders, deface our most sacred memorials and unleash a wave of violent crime in our cities,” Trump said at Mount Rushmore. “This attack on our liberty, our magnificent liberty, must be stopped.”

AT MOUNT RUSHMORE, TRUMP MENTIONED THE ARREST OF THOSE WHO ATTEMPTED TO TOPPLE THE STATUE OF ANDREW JACKSON IN LAFAYETTE PARK NEAR THE WHITE HOUSE. MENTIONING JACKSON, WHO IS LABELED THE “INDIAN KILLER” PRESIDENT, WAS AN INSULT TO INDIAN COUNTRY ON THE STOLEN GROUND WHERE MOUNT RUSHMORE WAS CARVED BY A SCULPTOR WITH TIES TO THE KLU KLUX KLAN.

Earlier on Friday, Trump signed an executive order that included the following names to be included in the proposed garden and named some commissions, who are packed with his political appointees, to oversee the proposed American heroes garden.

In the executive order, Trump says:

While several U.S. presidents are named to the list, there are no Democrats. Even Democratic presidents who have gained high marks through the years from historians, such as Franklin D. Roosevelt or John F. Kennedy did not make the list.

As with Trump’s administration, there is a lack of diversity on Trump’s heroes list. A quick breakdown of the proposed heroes list shows 31 individuals named. Eight are women (25.8 percent) and are five African Americans (16,1 percent).

There is no mention of Cesar Chávez or Delores Huerta, both Mexican Americans on the list.

Since Trump did not name any American Indians to the proposed list, I decided to name some American Indian leaders who readily come to mind, such as Tecumseh, Pontiac, Sitting Bull, Sacagawea, Crazy Horse, and Red Cloud.

Jim Thorpe, named the Greatest Athlete in the World, definitely should have made the list.

In modern times, I can think of people I consider American Indian heroes, such as Billy Mills, Wilma Mankiller, Dennis Banks, and Billy Frank. All of them should have been great contenders for the list.

Trump’s treatment of American Indians as inconsequential from consideration for the American heroes list is his way — and that of his cohorts — to erase this country’s first people from history.

Because if you don’t mention them, they never existed. This notion contributes today to how American Indians struggle to get past “other” on statistical data.

Given the complexities of problems such as the COVID-19 pandemic and the civil unrest that exists in the country today, it would seem presidential for Trump to spend his time attempting to bring COVID-19 and racial division under control.

But it appears Trump’s proposed National Garden of American Heroes is one more distraction. The president who should be the unifier of the nation shows he is more interested in sowing discord and division.

We don’t need Donald Trump to tell us who our heroes are.