The Lopsided Media Coverage of the Ukraine War 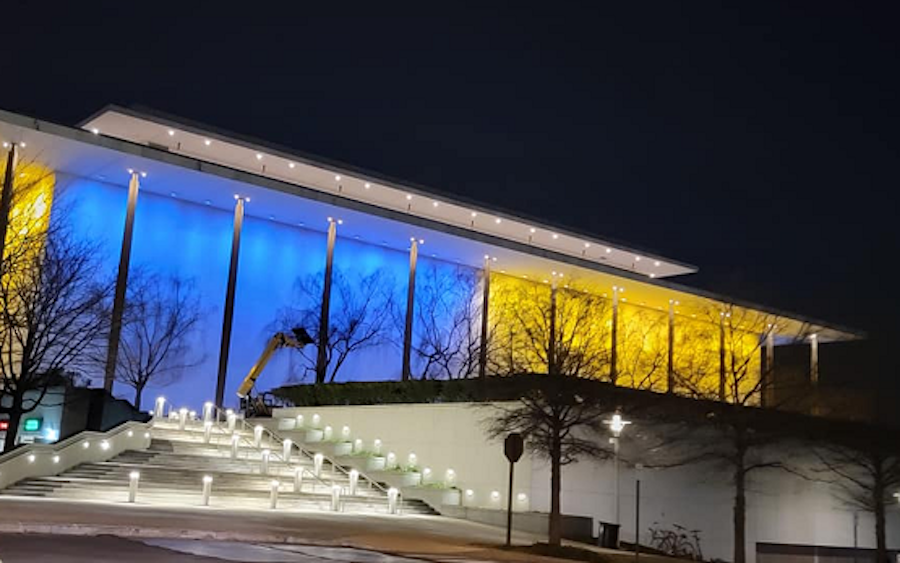 Opinion.  The war in Ukraine reminds us of how horrible war is and, for that matter, has been throughout the history of humankind. This modern war has exemplified how far one murderous dictator—Vladimir Putin—will go to satisfy his greed for land and thirst for power.

The disturbing images of hospitals being bombed, scared mothers clinging to their children and devastated Ukranian cities have been horrific.

Native American leaders have weighed in on the Russian invasion. When First Lady Jill Biden visited the Tohono O’Odham Nation on March 8, Chairman Nate Norris, Jr., offered a blessing. He asked for guidance for President Joe Biden as he makes critical decisions about the Ukraine War. Norris asked for "a moment of silence for our families, our brothers and sisters, our fellow human beings who are being displaced by that war in Ukraine."

In late February, Cherokee Nation Principal Chief Chuck Hoskin, Jr. said: “The Cherokee Nation stands with the people of Ukraine and condemn in the strongest possible terms the unlawful invasion by the Russian Federation. Our Nation knows well how vitally important the right to self-determination is because, in our history, we have at times been denied that right and the ability to chart our own destiny as a people.”

Chief Hoskin could have also mentioned the relocation of his Nation from America’s southeast to the Oklahoma territory on a long journey known as the “Trail of Tears.” Thousands of Cherokee died as they made the journey.

Native Americans often have different worldviews than our non-Native counterparts. We view current events and history through different lenses.

As the news coverage of the Russian invasion began to escalate into a full-fledged war against the people of Ukraine, I thought about our country’s past. As white aggressors moved westward, for example, what would have happened had there been television images of our ancestors being massacred at places such as Sand Creek, Wounded Knee and Bear River, where at least 350 Northwestern Shoshone Indians were killed.

Of course, there was no television back then. There was no technology that delivered instantaneous news in the 1800s, instead the news still relied on printed newspapers and magazines. Reporters had to rely on pony express couriers and telegraphs to get their written reports to newsrooms far from the Indian war zones. News accounts from those days typically justified the federal government’s aggression and left out the American Indian viewpoints completely.

Fast-forward back to today to the Ukraine War. The media has been rightfully criticized for what appears to be double standards when it comes to covering news along racial, ethnic and religious lines. Frankly, some comments made by correspondents sound racist in nature.

In one instance, CBS News senior correspondent Charlie D’Agata, reporting from Kyiv, Ukraine, said: “With all due respect, this is not a place like Iraq or Afghanistan that has seen conflict raging for decades. This is a relatively civilized, relatively European … city where you wouldn’t expect that or hope that it’s not going to happen.”

The comment reminded me of how non-Natives felt it their task to “civilize” our ancestors.

In another instance, NBC correspondent Kelly Cobiella sounded very similar when she said: “These are not refugees from Syria, these are refugees from Ukraine … they’re Christian, they’re white.”

The parallels of how missing white women get much more media coverage than do missing Indigenous women were quite apparent to me. The late PBS journalist Gwen Ifill, who was a Black woman, called it “Missing White Woman Syndrome.”

“If there is a missing white woman, we are going to cover that, every day,” Ifill said at the time.

Regardless, news coverage of the Ukraine War is necessary because of the sheer possibility that Putin may take the globe to the brink of the third World War, which in itself is significant and scary.

As I think about the horrific nature of war, I wish the world could live by the words of Sun Bear (White Earth Ojibwe), the father of Native American economist, environmentalist and author Winona LaDuke. Sun Bear wrote: "I do not think the measure of a civilization is how tall its buildings of concrete are, but rather how well its people have learned to relate to their environment and fellow man."