Reflections of 2021: “Our Communities Are Still Mourning” 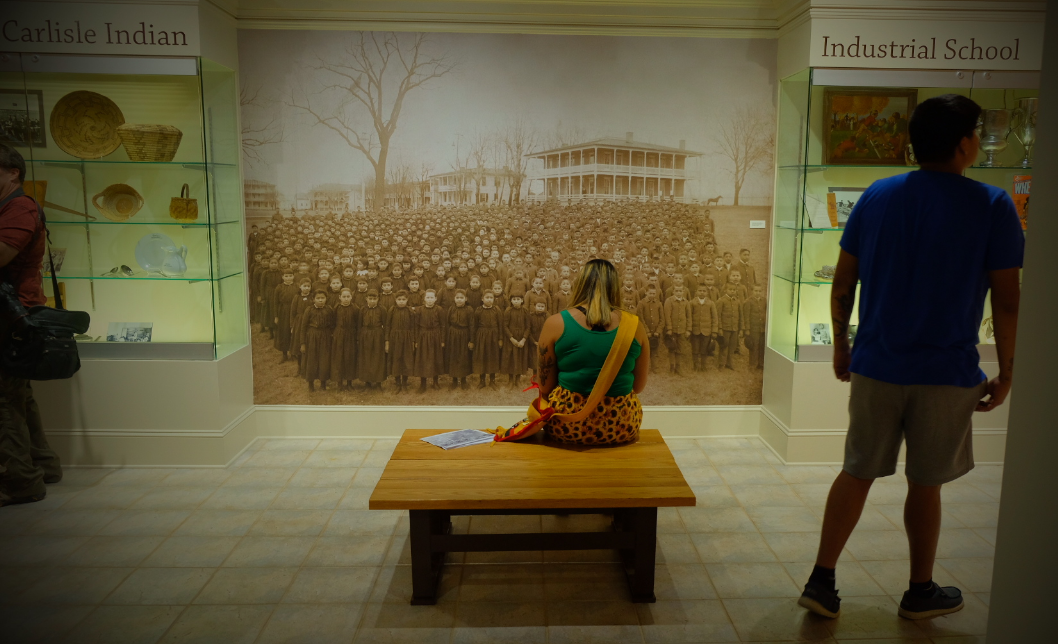 Opinion. The end of the year brings an opportunity for reflection.

As I reflect over this past year, I realize it has been filled with frustrations and challenges as the COVID-19 pandemic continued with the deadly virus touching family and friends in our tribal communities, as well as everyone worldwide.

Beyond the COVID-19 pandemic in Indian Country, Native News Online covered stories that were equally difficult to cover, such as the issue of missing and murdered Indigenous people and the tragedies of Indian boarding schools.

While these subjects are difficult to cover, Native News Online understands the importance of amplifying stories that have been historically ignored and overlooked by the mainstream (colonizer) media.

Even in the midst of the heavy news surrounding Indian Country, there were many stories of progress that stood out concerning our tribal communities. Certainly, the $61 billion allocated through the federal government by the Biden administration and Congress have been unprecedented, historic and significant.

As editor of Native News Online, I would like to highlight three significant stories about Indian Country that stood out for me in 2021:

After enduring some of the worst COVID-19 outcomes among all racial/ethnic groups in the United States, great progress was recorded after vaccinations made their way into tribal communities.

Data from the Centers for Disease Control and Prevention (CDC) show that American Indians and Alaska Natives were 3.3 times more likely to be hospitalized and 2.2 times more like to die from COVID-19 than their white counterparts.

According to the Indian Health Service (IHS), more than 1.7 million COVID-19 vaccinations have been administered to tribal citizens, tribal health care workers and essential workers in Indian Country. On the Navajo Nation, the country’s largest Indian reservation, 70 percent of the population was fully vaccinated by September, versus 58 percent of the general population nationwide. This speaks to the deep sense of community among Native Americans and tribal nations.

Often overlooked in presidential administrations are the contributions of the first lady. Dr. Jill Biden, our current first lady, is accomplished in her own right as an educator with a doctorate degree in education. Her visiting three tribal nations this year should not be overlooked. In my research I have not found another first lady who has visited as many tribal nations in history.

In April, First Lady Biden visited the Navajo Nation Window Rock in Arizona. In October, she visited the Saginaw Chippewa Indian Tribe in Michigan. And, in December, she and U.S Secretary of the Department of the Interior Deb Haaland visited the Cherokee Nation in Tahlequah, Oklahoma.

I covered her visit to Michigan’s Isabella Indian Reservation in October. She left the Biden Delaware home in the early hours of a Sunday morning to visit the tribe for an afternoon to learn how the tribe, particularly students and their families, have dealt with the pandemic. The realization came to me, she could have stayed home and enjoyed spending time with her family that Sunday. But she chose to come and spend it with us.

In March, Deb Haaland (Laguna Pueblo) was sworn in as the 54th Secretary of the U.S. Department of the Interior. When she was sworn in, she became the first Native American to ever hold a presidential cabinet post in American history.

Another bright moment for me came in mid-June when Secretary Haaland addressed the National Congress of American Indians at its mid-year convention. It came three weeks after reports that the remains of 215 children were discovered in a mass grave at the former Kamloops Indian Residential School in British Columbia, Canada.

As she announced the establishment of the Federal Indian Boarding School Initiative, Haaland said:

“I wept with the Indigenous members of our team here at Interior. Our communities are still mourning.”

Here was the first Native American presidential secretary telling the nation what we in Indian Country already knew: “Our communities are still mourning.” I remember tears came to my eyes as I watched her speak.

The decisiveness and speed with which the boarding school initiative was established was impressive. There is no question in my mind that if she had not been at the helm of the Interior Department at that moment in history, there would not be an initiative to investigate the issue today.

I believe along with many others in Native communities, that this is the beginning of a long-overdue reckoning by the federal government and will serve as a step toward healing for American Indians, Alaska Natives and First Nations people.

As 2021 comes to end, beginning early this week, Native News Online will highlight our most read articles and some of our favorites, as well as a memorial to some of those we lost in Indian Country this past year. I thank you, our readers, for following and sharing our news and for telling your stories, too. You are an important part of our work. Without our readers, we would not exist.

As we enjoy the last week of 2021 and plan for the year ahead, I’m asking you to join us and make a year-end donation to Native News Online.

I hope I am able to count on your support as we head into next year and continue to tell the stories from Indian Country that deserve to be told.