Mankiller Legacy for Cherokee Nation Lives on in US Quarter Tribute

Guest Opinion. The great Cherokee Nation Chief Wilma Mankiller is remembered for being a defender, mentor, mother and leader. She demonstrated grit and determination, fought for justice for Native Americans, and inspired us to do more to help ourselves as a people. She made the world better, fairer and more just. She did all this, by the way, at an early age before she ever held public office. Once she became Principal Chief, she just kept on changing the world. 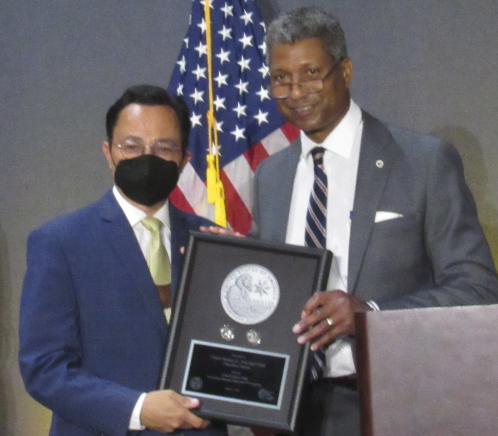 For all these reasons and more, the U.S. Mint has honored Chief Mankiller with a new quarter featuring her image. The coin is part of the American Women Quarters Program commemorating the contributions of iconic women in American history. It was rolled out recently at a ceremony in the Cherokee Nation capital city of Tahlequah. I watched with pride as my daughter, Jasmine, purchased the first roll and placed it in a special box bound for the archives at the Cherokee National Research Center.

She remains impactful because her positive influence spreads far and wide and deep. A generation of young Natives, particularly young women, are today standing on Chief Mankiller’s shoulders and serving Indian Country in powerful and positive ways. Indian Country today holds greater political and economic strength than at any time in the last five centuries. We can trace so much of this progress to Chief Mankiller.

Chief Mankiller keeps changing the world because the Cherokee people remain organized in their communities. They are working on their own solutions to the challenges before them, not content to simply wait on any government to come to the rescue. That spirit of Gadugi is alive and well because of Chief Mankiller’s efforts to inspire our people to work together, at the grassroots, to build strong communities.

Chief Mankiller keeps changing the world because every Chief who has followed her looks to her as the standard by which their work should be measured. We may fall short, but we work each day to try to meet that standard.

Chief Mankiller keeps changing the world every time we bring compassionate Cherokee health care to Cherokee patients. What we are doing today in health care builds on her efforts to wrestle our health care destiny away from the government of the United States and into the hands of the Cherokee people. Our efforts to shape programs to fit the needs of our people in education, housing and job training – rather than labor under programs prescribed in Washington, D.C. – are because of the self-governance policies for which Chief Mankiller so fiercely fought.

The work that each of us must undertake to heal racial divides in this country, and within our own tribe, is informed by Chief Mankiller’s plea over two decades ago that we must “build coalitions with African Americans to advance our issues and theirs.”

Chief Mankiller keeps changing the world every time a little girl sees Wilma’s face, reads Wilma’s amazing story and realizes that she can do it, too.