In Search of America’s Soul 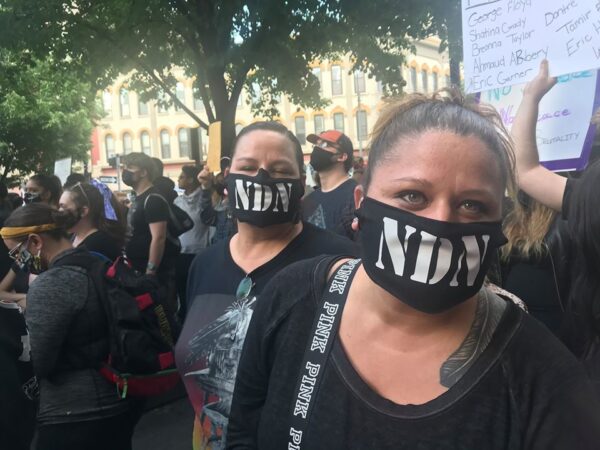 OPINION. No one expected that in 2020, America would face such a difficult year. With the events and restrictions of the COVID-19 pandemic upon us, life as we knew it had irrevocably changed. But over the last few weeks, we saw glimmers of hope as death and infection rates slowed and businesses began to reopen.

And then things took a turn for the worse.

As American Indians, we know the violence in America did not begin with George Floyd’s death on a Minneapolis street.

We know that this country was conceived in violence.

We remember massacres of our people at Wounded Knee, Skull Valley, and Sand Creek, among many others, that left thousands of American Indians dead. As a means to further eliminate American Indians from our land, we remember the bounties placed on the lives of our ancestors in many states. We remember that in 1856, California passed a scalp bounty that paid a quarter for each American Indian man, woman or child. By 1860, the bounty price was increased to $5 per scalp.

With those atrocities, American Indians find it difficult to buy into the fabricated and constructed version of history that is taught to us in public schools about God and country—or even the purported greatness of America. Even now, I cringe when I hear a Christian minister mention God and country in the same breath because it is difficult to fathom that so-called Christians were able to kill so many Indians in cold blood.

An argument can be made that America has never found its soul.

It is easy for us to understand why Black Lives Matter advocates highlight the disproportionate killings of African Americans by law enforcement, because American Indians have endured, on a per capita basis, the same terrible treatment by law enforcement.

So, it is easy for American Indians to march and protest at Black Lives Matter rallies, as some did in Grand Rapids, Michigan on Saturday evening.

Two Pokagon Potawatomi sisters attended the protest because as one told me, “we can relate, being Native.” Her sister nodded her head and said, “me too.”

Beyond the rallies against senseless police killings, America needs to examine itself closely as a nation and get past the denial of its disgraceful treatment of people of color and others. It must examine the very nature of its capitalist society that through greed and profit have left so many Americans left behind and angry.

Of course, being angry is no justification to break into a building to loot and steal. Anger is a human emotion that we all have, but no one, regardless of skin color, has the right to steal from one another or destroy a business’ property.

With the recent riots, blame has been cast from both sides. Some say the rioters are being paid to go into cities to cause mayhem and destruction. Some blame the radical left; others blame the far right. The problem is that simply casting blame without any follow-through only perpetuates the problem without bringing forth any plausible solutions.

We will continue to hear rhetoric from politicians casting blame on the radical left or the alt-right that is filled with distortions. These distortions turn into serious distractions as evidenced this past week, when the shock of losing over 100,000 Americans to COVID-19 soon became forgotten as the media switched to George Floyd’s killing and its subsequent violent aftermath.

“To the rioters here in Atlanta and across the country: I see you, and I hear you.  I know your pain, your rage, your sense of despair and hopelessness.  Justice has, indeed, been denied for far too long.  Rioting, looting, and burning is not the way.  Organize.  Demonstrate.  Sit-in.  Stand-up.  Vote.  Be constructive, not destructive.  History has proven time and again that non-violent, peaceful protest is the way to achieve the justice and equality that we all deserve.”

As this country remains divided and angry, it is beyond time for America to not only find its soul, but for true leaders to emerge who can lead with cool heads and who have the best interest of all Americans in their minds and hearts.