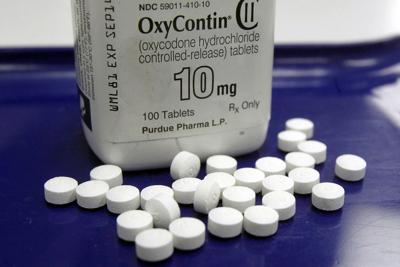 For two decades, the opioid epidemic has plagued the Cherokee Nation. In recent years, hundreds of millions of prescription opioids were sold at the wholesale or retail level within the Cherokee Nation Reservation. The epidemic affects even our youngest citizens with many Cherokee babies being born addicted to opioids and, all too often, needing placement in our foster system. Cherokee families were torn apart before they even had a chance to be whole, putting the very future of the Cherokee Nation at risk.

That’s why in 2017, our sovereign government sued the country’s three largest drug distributors — McKesson, Cardinal Health and AmerisourceBergen. Recently, we resolved the lawsuit with a $75 million settlement agreement, the largest legal settlement in Cherokee Nation history.

Our lawsuit was one of the first opioid lawsuits in the United States, and it was the first case brought by a Native American nation. It was also the first case that asserted claims against the retail pharmacy chains that contributed to the crisis — Walmart, Walgreens and CVS. Since that time, many other tribal, state and local governments have followed suit with their own legal cases against the retail pharmacy chains. The claims against those defendants remain active, and Cherokee Nation intends to continue its litigation against them and prepare our case for trial.

But this settlement will begin saving lives immediately. As these funds are paid over the next six-plus years, they will support our efforts to rescue Cherokees from addiction. That work is needed more than ever during the COVID-19 pandemic. Increased isolation, health fears and an economic crisis have led to heightened anxiety and higher rates of self-medicating. Nationally, the Centers for Disease Control and Prevention (CDC) reported the United States as a whole has seen the greatest number of overdose deaths ever recorded in a 12-month period during the global health crisis.

With the case against the distributors resolved, we can begin the healing process for our tribe and our citizens. This settlement will enable Cherokee Nation to increase investments in substance use disorder, mental health treatment and other programs to help our people recover.

Even before the settlement, we were taking on this important work. The recently passed Cherokee Nation Public Health and Wellness Fund Act will improve Cherokees’ access to substance abuse treatment and wellness centers. We are building these facilities across the reservation and expanding part of the W.W. Hastings Medical Campus to be a hub for behavioral health and wellness programs. Cherokee Nation’s Behavioral Health staff are already providing many free resources for drug diversion, overdose prevention and addiction treatment.

This opioid epidemic has wreaked havoc across the Cherokee Nation Reservation for too many years. The crisis affected every facet of our society, including our economy, our health system, our schools and our families. I am thankful that through the efforts of our Office of the Attorney General and employees from across the Cherokee Nation, we are bringing justice for our tribe, beginning to repair the damage and serving as an example for affected communities throughout the United States.

Fox News Attacks Native Americans After Vice President Harris Calls on Americans to Reckon with Its Shameful Past
Cherokee Nation Opening Doors to Film and Television
President Biden's Executive Order on Indian Education is a Big Deal
A Time for Change: Reclaiming Our Communities and Our Land from the Drug Abuse Epidemic
President Biden, We Plead for Our Brother the Wolf