GOP’s Claim to Law and Order is a Farce 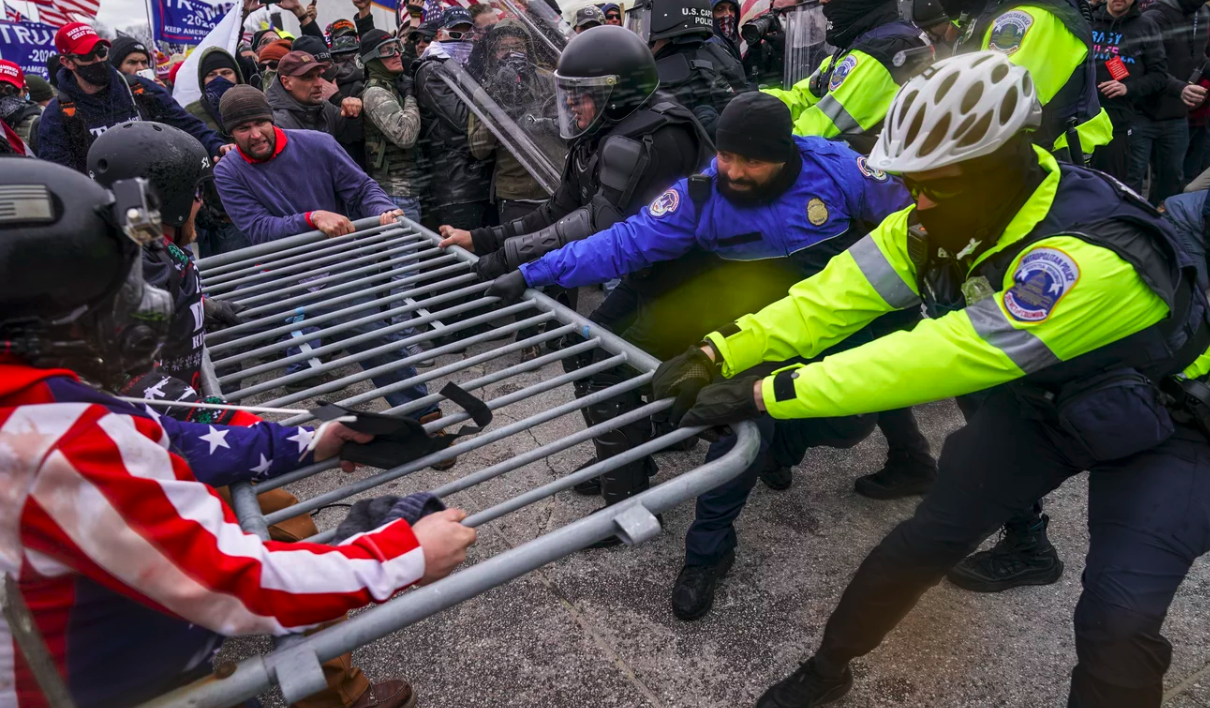 Opinion. The 2022 midterm elections, which are less than two weeks away, are important to the future of our country. On November 9, we will all wake up to discover the pathway to this country’s future.

For the millions of Native Americans who believe in democracy and a pathway to progress for Indian Country, now is the time to pay attention to what is real and what is false.

Last weekend I flew to Madison, Wisconsin to cover the Midterm Elections Town Hall ‘22 event presented by Four Directions, National Congress of American Indians, Native American Rights Fund and Wisconsin Tribes. While I was there, I saw a local TV station air an ad that attempted to portray the U.S. Senate Democratic candidate, Wisconsin Lt. Gov. Mandela Barnes, as being “soft on crime.”

The ad showed clips of the Black man convicted recently of running his vehicle into a 2021 Christmas parade in Waukesha, Wisconsin that killed six people. The violent ad ended with an image placing Barnes, who is Black, next to progressive Democratic House members, all of whom are women of color.

What the ad doesn’t do is explain how Barnes was in any way responsible for the deadly deed committed by the convicted Black man. Nor does the ad give any explanation at all as to why the progressive Democratic lawmakers are in any way linked to the crime — or why they’re even in the ad.

Never mind facts or logic, this ad is just the latest in a long line of GOP election ads that try to stoke fear among White voters by pushing images and false messages that violent crimes are committed by people of color at a disproportionate rate.

Barnes is running against incumbent Sen. Ron Johnson (R-WI), who is an avid Trump supporter and a 2020 presidential election denier.

The attack against Barnes is just one of many GOP ads being shown across the country that imply Democrats are “soft on crime.” The ads reverberate back to the 1988 presidential election when Republicans introduced Willie Horton into the campaign.

Willie Horton, an African American man, is a convicted felon serving a life sentence. In 1986, Horton was released as part of a weekend furlough program, but did not return as scheduled.  While on a weekend furlough he committed assault, armed robbery and rape in Maryland.

Here’s the truth about violent crime rates in the country. The Brennan Center for Justice analyzed the trends in murders across the country. In a report called “Myths and Realities: Understanding Recent Trends in Violent Crime” the data shows that jurisdictions run by Democrats are not necessarily more crime ridden than those run by Republicans.

“Despite politicized claims that this rise was the result of criminal justice reform in liberal-leaning jurisdictions, murders rose roughly equally in cities run by Republicans and cities run by Democrats. So-called ‘red’ states actually saw some of the highest murder rates of all,” the report says.

When Republicans show ads that depict Black and brown people are violent, it’s a racist tactic. Clearly these ads love to portray Democrats as “left-wing fanatics” who don’t care about crime.

Republicans for decades have sold the GOP as the party of law and order. One can even hearken back to 1968 when  Richard Nixon ran for office as a “law and order president.” Six years later, he resigned the presidency in disgrace because of illegal activities.

The American voter should take into account one of the largest crimes committed against the United States was the January 6th insurrection.

Speaking in Philadelphia this past summer, President Joe Biden said: “Let me say this to my MAGA Republican friends in Congress: don't tell me you support law enforcement if you won’t condemn what happened on [January] the 6th.”

If Republicans are really the party of law and order, perhaps they should start at the illegal behavior of their “beloved” leader: Donald Trump, who took boxes and boxes of documents that belong to the U.S. Archives–ultimately to the American public. It stands to reason that if anyone else in the general public took government documents home with us, we would be locked up for taking them.

When voting in November, separate truth from what is false.