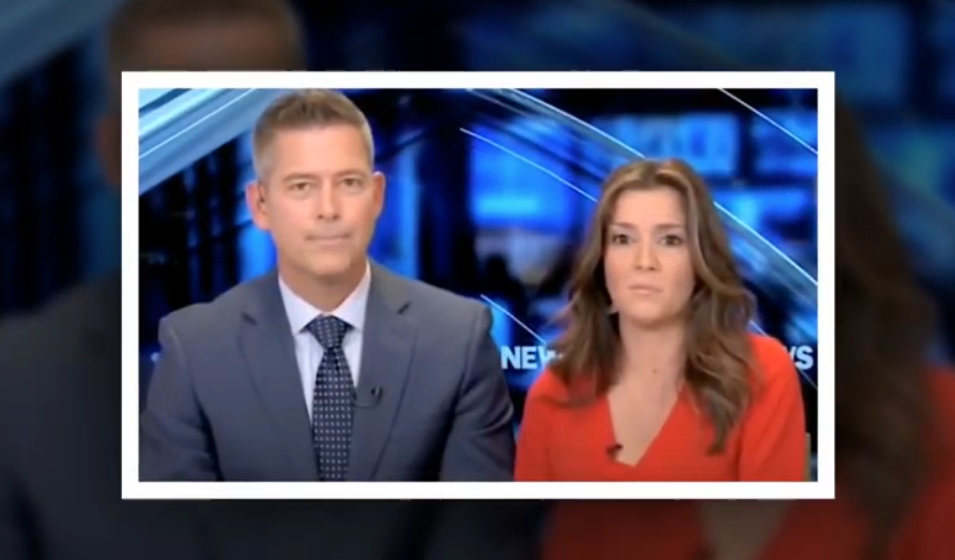 Opinion. On Monday, tribes across Indian Country commemorated Indigenous Peoples’ Day from Alcatraz Island to New York City and throughout hundreds of tribal communities in between. The commemorations and celebrations featured singing, dancing and speeches laced with truths recognizing the struggles Indigenous people face today.

“Since 1934, every October, the United States has recognized the voyage of the European explorers who first landed on the shores of the Americas. But that is not the whole story. That has never been the whole story.

Those explorers ushered in a wave of devastation for Tribal nations -- perpetrating violence, stealing land, and spreading disease.

We must not shy away from this shameful past, and we must shed light on it and do everything we can to address the impact of the past on Native communities today.”

All this coming—speaking of genocidal practices—from the vice president was too much for Fox News.

On Fox News Primetime, hosts Rachel Campos-Duffy and Jesse Watters devoted a segment of their program to call out the vice president for saying America should reckon with its shameful past. Campos-Duffy was joined by her husband, former Wisconsin Congressman Sean Duffy (R), Fox News contributor, to defend the lost voyager. Soon their defense of Columbus turned into an attack Native Americans.

“Christopher Columbus, by the way, is the first victim of cancel culture,” Campos-Duffy said and then opined that Native Americans “were just as brutal” as Columbus and other European colonizers.

The former congressman suggested liberals judge Native Americans by their past, too.

“They burned villages, raped women, seized children, took the people they defeated, took their land, scalped people,” the ex-Republican congressman said. “It was a horrible time all across the globe. But they want to apply the ‘woke’ standard that they have today on Christopher Columbus, but nobody else in the world!”

While in Congress, Duffy represented Wisconsin’s 7th congressional district that includes eight federally recognized tribes. With his worldview about Native Americans, one can be glad Duffy is no longer able to vote on legislation impacting tribal nations as he certainly is no friend to Native Americans.

His wife wasn’t done with Native Americans on Wednesday evening.

“And the lie isn’t just about our past,” Campos-Duffy said. “The real lie is with conditions for Native Americans right now. The conditions from Native Americans have everything to do with government dependency, cycles of poverty and alcoholism, and family breakdowns, and these are things that the Democrats don’t want to talk about.”

She continued to say Democrats are telling Native Americans that “all the things you’re experiencing has to do with white people and racism in the past.”

“It has to do with government policies as well,” she continued.

“Yeah, they’re just going to try to send more slush funds to the reservations, and make them out to be victims, and then have them keep voting for Democrats,” Watters added.

It is “incredibly harmful and dangerous and very clearly rooted in racism and white supremacy,” Echo Hawk writes in a statement. “Instead of allowing people to perpetuate revisionist history that erases the true history of this country - we need to start calling it what it was: genocide. For so long, Americans have chosen to omit and forget us from history and the present day. They render us down to grossly inaccurate stereotypes to perpetuate the discrimination and oppression of Native Americans that began with their ‘founding fathers.’ But we know these are lies non-Natives tell themselves to feel better, even proud about the horrifying truth of this country -- and of their ancestors.”

It is hard to imagine these three talking heads would get a free pass if they were to do a segment on any other racial group. Imagine what would happen if they sat there and invoked the stereotypes of Blacks or Hispanics. For some reason Native Americans became their fodder and Indian Country should be outraged.

Fox News’ assessment that Native Americans are alcoholics who are dependent on the government is completely absurd. An honest look across American society would yield the abundance of non-Native alcoholics and greedy corporations that seem to be dependent on government grants and “handouts.”

Fox News Primetime exchange reinforced why I never watch Fox News, which has done more harm to America through its constant barrage of lies, hate and far-fetched propaganda.

Vice President Harris should be commended for acknowledging America’s shameful past.