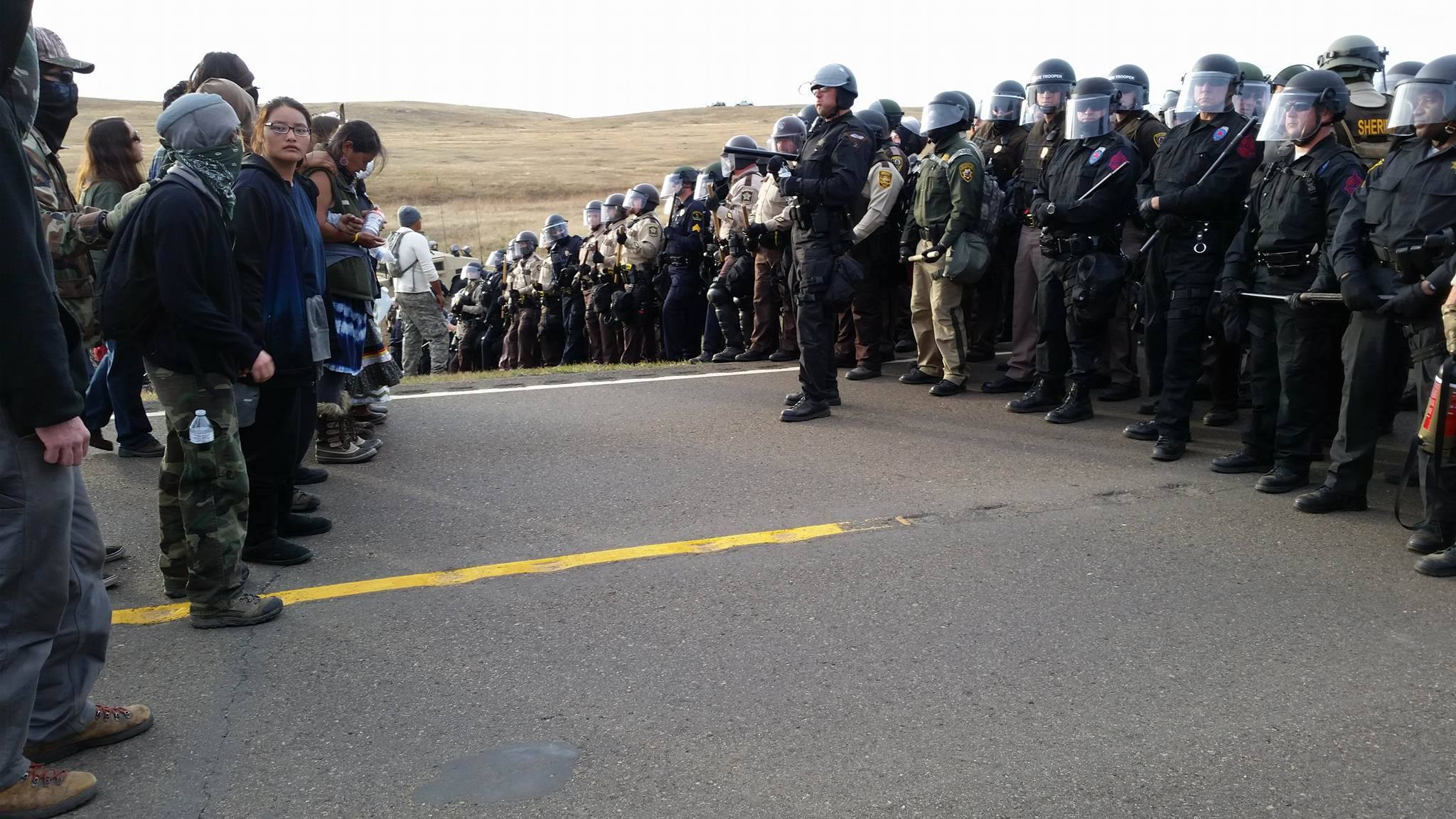 Opinion. On a cold and windy Sunday night in November 2016, water protectors at Standing Rock were met with a vicious attack in frigid temperatures by militarized police who used water cannons to spray the protesters with subfreezing water. Law enforcement officials justified their overly aggressive actions by saying the water canons were necessary to contain the crowd.

As the night progressed, police employed other strong-handed tactics on the water protectors that included shooting tear gas, pepper spray and rubber bullets into the crowd.

The night’s brutal clash between the militarized police and some 400 water protectors extended into the early morning hours of Monday. One Potawatomi woman told me at the time that after she’d been sprayed with water and tear gas, she went back to her tent to dry off and warm up and then she went back out to the front line.

That night almost 300 people were transported to a gymnasium on the Standing Rock Sioux Indian Reservation for treatment for hypothermia, facial and hand wounds, and other injuries. About 150 water protectors were treated for injuries after being hit by rubber bullets. Among the injured, seven sustained serious injuries — including two elders who were tear gassed and suffered near cardiac arrest — and were transported to a hospital in Bismarck for emergency treatment.

During the day on Monday, Standing Rock Sioux Tribe Chairman Dave Archambault, Jr. spoke out against the brutal tactics used by the militarized police force.

“From the beginning, we've had water protectors attacked by guard dogs, rubber bullets and mace. Last night, law enforcement upped the ante by using exploding tear gas canisters and water cannons in subfreezing temperatures,” said Archambault. “There's no telling what law enforcement will do next.”

The Standing Rock resistance, the largest gathering of American Indians in more than a hundred years, lasted from April 2016 to February 2017. Joining American Indians (as well as Indigenous people from around the world) were non-Natives, many environmentalists and Christian groups, who came to show their support in the fight against Big Oil.

During the Standing Rock resistance against the Dakota Access pipeline, several Standing Rock water protectors infamously referred to North Dakota as the “South of the Plains.” Certainly, the unleashing of attack dogs on water protectors was reminiscent of when the notorious Bull Connor, the commissioner of public safety of Birmingham, Ala., turned attack dogs on Black Civil Rights Movement protesters during the summer of 1963.

This summer, in the aftermath of the brutal murder of George Floyd at the hands of Minneapolis police officers, Black Lives Matter protests sprang up throughout the United States. Tens of thousands of non-Black Americans marched in support of ending police brutality.

In Portland, Ore., protests have continued for more than 65 nights. For several weeks now, federal police –– clad in military camouflage uniforms with no insignias –– have exited the federal courthouse in downtown Portland to attack peaceful protesters, including moms, veterans and journalists, with tear gas cannisters and rubber bullets. Even Portland’s mayor was sprayed with tear gas.

“They have acted as an occupying force and brought violence,” Oregon Gov. Kate Brown declared. Fortunately, the troops were pulled out on Thursday, one day after U.S. Attorney General William Barr justified their presence there before a congressional hearing.

The images of Portland’s protests and the terrible clashes protesters have had with the federal forces sent to make them quiet have appalled Americans. These images, for me, hearken back to Standing Rock.

While the military-like tactics used at Standing Rock and Portland have similarities, there is one distinctive difference. In North Dakota, the call for a militarized police force was ordered by a southern-style county sheriff. In the case of Portland, however, orders for deployment of federal troops came directly from the White House. President Donald Trump reportedly received daily briefings on the events unfolding in Oregon’s largest city.

Trump, who is in the midst of a presidential election year, sought to politicize Portland to sell himself as a “law and order” president –– a phrase he’s tweeted regularly over the past few weeks. For a president whose inner circle has been riddled by indictments and convictions, such an election year selling point is ludicrous and laughable. Trump’s actions as president completely dispel the myth “it does not matter who the president is.”

Protests in this country are protected by the First Amendment of the U.S. Constitution, which upholds “the right of the people peaceably to assemble” in order to “petition the government.”

Trump has shown us his violent weapons time and time again. As the summer of 2020 continues to unfold and we move into fall, Americans must use the biggest weapon afforded to us: To vote on Nov. 3.