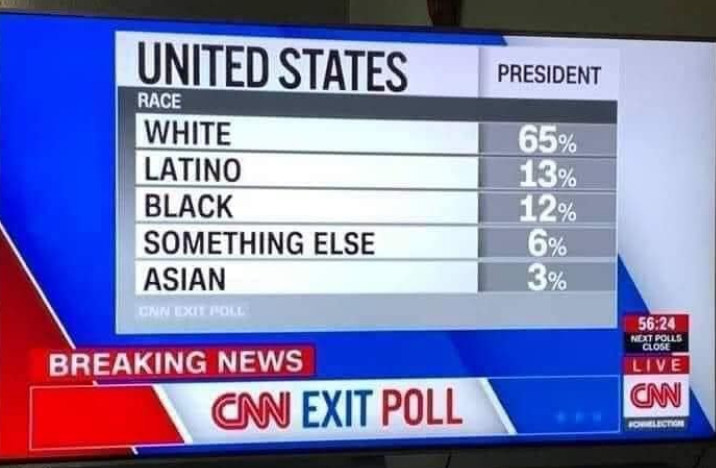 CNN has a problem when it comes to Native Americans.

For a news media outlet that is often touted as being too liberal, CNN does not seem to get it right when it comes to the Indigenous peoples of this continent. In recent months CNN has had two notable blunders when it comes to how it refers to Native Americans.

When stratifying racial and ethnic groups in demographic comparisons, Native Americans are often referred to as “other.” During its election night coverage in November 2020, CNN left out Native Americans in a voting graphic that distinguished between White, Latino, Black and Asian voters. We were, presumably, regulated to a category at the bottom of the screen called “Something Else.”

Then last week a CNN morning host committed another blunder when she referred to Minnesota Lt. Gov. Peggy Flanagan, a tribal citizen of the White Earth Band of Ojibwe, as a “white woman.” This happened as Poppy Harlow was interviewing a reporter in Minneapolis as a jury was deliberating the fate of former Minneapolis police officer Derek Chauvin. Two days before, Flanagan tweeted her state is “a place where it is not safe to be Black.”

CNN is short for Cable Network News. For Native Americans, the new meaning may become, more appropriately, CNN – Can’t Name Natives. My thought then was CNN needs to put its producers and on-air talent through American Indians 101 to bring them up to speed.

Santorum told a group of impressionable youth that the United States was built on faith and freedom. He said the country was set up based on Judeo-Christian principles, and that white settlers “birthed a nation from nothing.”

In essence, Santorum was attempting to erase Native Americans from history. Erasure of Native Americans dismisses the vast contributions we have made to this country, including the Iroquois confederacy’s influence on American democracy. Billy Mills (Lakota), the Olympic gold medalist, wrote on Facebook, “Well, what do you know! How about almost every state in our union is derived from an Indigenous word! And more! Someone should ‘school’ this man!”

Santorum’s dismissive attitude of Native American culture erases the atrocities of genocide committed against our ancestors. His dismissive comments brought out the ire of Indian Country yesterday.

The Native American Journalists Association, of which Native News Online is a member, called on CNN to immediately dismiss Santorum from his position.

“With a lack of accountability or ethics around multiple racist and insensitive comments from CNN staff, the Native American Journalists Association urges its members to avoid working with the network to avoid harassment and racism. NAJA also calls on advertisers, funders and journalism diversity organizations to withdraw their support from CNN indefinitely,” NAJA said in a statement.

IllumiNative, a nonprofit initiative designed to increase the visibility of – and challenge the negative narrative about – Native Americans also released a statement on Monday:

“American history that does not include Native peoples is a lie and Rick Santorum is fueling white supremacy by erasing the history of Native peoples. CNN should not give Rick Santorum a national platform where he can spew this type of ignorance and bigotry against communities of color on air. Allowing him to spread racism and white supremacy to the American public is reckless and irresponsible.”

If this nation is ever going to heal from the great divide that exists in this country today, news media, such as CNN, should not give the likes of Santorum a public platform to perpetuate untrue biases against Native people.

Out of a sense of decency and respect to this country’s first peoples, CNN should fire Rick Santorum. He serves CNN’s viewers no added value when compared to many of their other commentators, who seem to better understand the fabric of this nation.