Cherokee Nation Leading the Way in Film and TV Industry 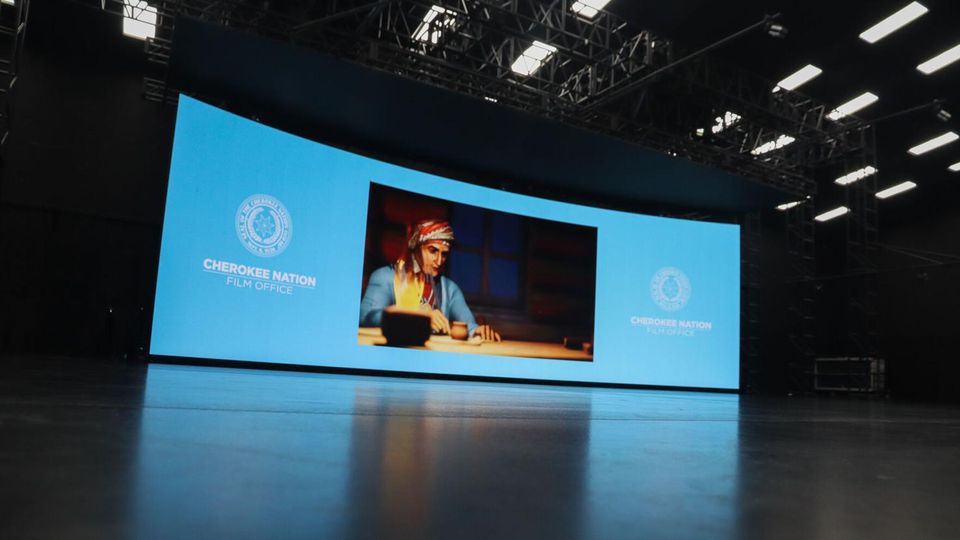 Guest Opinion. Oklahoma is quickly emerging as one of the most desirable states for filmmaking. The Oklahoma Department of Commerce has stated that film and TV is a core industry for the state and will be a boon for communities and small businesses.

Since becoming the first certified Native American film commission to open in the United States in 2019, the Cherokee Nation Film Office has continued to break barriers and bring significant transformations to Indian Country. We recently officially dedicated the Cherokee Film Studios in Owasso, a state-of-the-art facility that is already producing a wide array of projects by Cherokee Nation and other filmmakers.

Growing film and television opportunities within the Cherokee Nation Reservation creates new paths for Natives to join the industry and ensures that authentic Native stories are seen on both small and big screens. The film office has even created a unique, all-inclusive Native American talent, crew and consulting directory for any projects looking to hire Native talent.

Together, we are changing the narrative about Native people and our culture by correcting many years of misrepresentation and harmful stereotypes. We are bringing much-needed diversity to the film industry, and we are giving Native writers, directors, actors and other creative talent the chance to share our stories with the world.

Last month witnessed the world premiere of “Land of Gold.” It is the first feature film to be produced at Cherokee Film Studios. With at least 10 productions currently planning to film inside our studios or within our reservation, Cherokee Nation is already a center of the film and television industry in Oklahoma.

The projects under Cherokee Film Studios are advancing many of our goals as a tribe, including efforts to preserve and revitalize the Cherokee language by creating films, cartoons and other media that bring our language and culture to a new generation.

During the height of the pandemic, our state-of-the-art soundstage significantly bolstered Cherokee Nation’s COVID-19 mitigation efforts by helping us communicate vital messaging to keep Cherokee citizens healthy and connected. Because we could not travel or gather in large groups, we created new ways to remain in touch with our people globally – sharing history, culture and the latest news in virtual Community & Cultural Outreach broadcasts, as well as hosting a nationwide Tribal Self-Governance conference.

The exciting entertainment boom is another great example of how tribal nations, the state and local communities joining together for shared goals is a win-win for all Cherokees and Oklahomans. Our business and economic growth is creating jobs and profits that are then reinvested to support public education, community organizations, culture and the arts. These in turn fuel the cultural creativity that any successful film and TV industry needs.

Through Cherokee Nation’s collaboration with excellent organizations, such as Oklahoma State University, Rogers State University, and state and city film offices, we are developing new skillsets for our citizens and helping them seek career opportunities in a rapidly expanding field.

We can expect to see even more opportunities and innovation coming from the Cherokee Nation Film Office and our talented, creative workforce. With the extraordinary accomplishments of our film office, as well as the opening of its film studios, Cherokee Nation is well on its way to becoming the top location for filmmaking in Oklahoma and the best place in the world for Indigenous storytelling through film and TV.