Across Cherokee Nation are places rich in Cherokee history. Whether it is a refreshing spring that supplied Cherokee families with life-sustaining water, a century-old building where our ancestors gathered, or the solemn grounds of a cemetery where a Cherokee leader is laid to rest, these places must not be forgotten. That is why we have launched a concerted effort to preserve these important historical sites and help Cherokees learn about their significance. 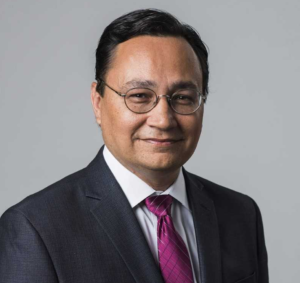 The Cherokee Nation Historic Registry Act establishes a comprehensive framework for identifying, protecting and preserving Cherokee Nation’s cultural heritage sites.  Cherokee Nation Councilman Keith Austin and I proposed this act, and the Council passed it unanimously, so that our tribal government can keep sacred grounds safe while passing them along to future generations of Cherokees. The tribe has identified a preliminary list of properties with historical significance to the tribe across the Cherokee Nation’s 14-county jurisdiction. We proudly announced this initiative at the Saline Courthouse in Delaware County last fall. That property, which will open as a museum later this year, is one of about 80 locations for potential inclusion on the tribe’s registry.

The tribe’s Natural Resources office will maintain the database of historical places for protection and preservation. Many of these sites are not listed on a national registry. Although federal and state governments play a role in protecting Cherokee historical sites, it is essential that the Cherokee Nation expand its cultural resource preservation for future generations.

The act also makes it a crime to deface tribal historic sites listed on the registry and establishes a permit system for excavation and handling of cultural resources on historic sites.

This is an important investment in the past, present and future. The Cherokee Nation has been in northeast Oklahoma since long before Oklahoma was even a state. Our historic locations tell the story of the Cherokee people’s ability to overcome the harshest trials to build and rebuild thriving communities.

Our ancestors laid the groundwork of resilience for us to be successful today. I believe that the Cherokee Nation Historic Registry Act will ensure that we always remember them.

Chuck Hoskin, Jr. Is the principal chief of the Cherokee Nation.