Biden Makes Good on His Promises to Indian Country 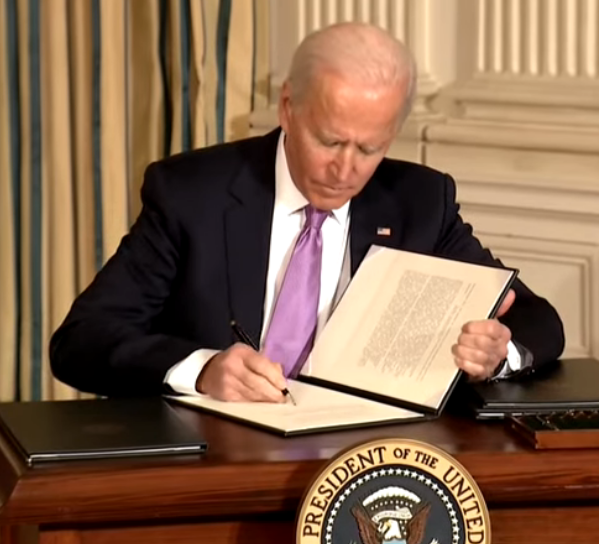 The Biden-Harris Campaign had an unprecedented outreach to Indian Country which made the difference in key battle ground states to retain Minnesota and turn Michigan, Wisconsin, Arizona and Nevada blue. Today, President Biden released his Presidential Memorandum reaffirming President Bill Clinton’s E.O.13175 which established Government to Government relations with tribes.

Over the years, Presidents have further articulated E.O. 13175 through Presidential Memorandum. The Obama-Biden Administration extended and added the requirement for Consultation for all federal agencies and departments to produce Consultation Policies in consultation with tribes. In 2019, a GAO report revealed a number of federal agencies simply had not yet complied. During the Biden transition period, based on unprecedented outreached to tribal governments, consistently tribes asked for a restatement and reaffirmation of both E.O. 13175 and strengthening of the Presidential Memorandum on Consultation.

This is huge as everything flows from this new beginning.  Specifically, several tribal leaders and I indicated we would like established timelines for completing the consultation mandate. Today, President Biden fulfilled this ask. For that, I am extremely grateful and look forward to the next 90 days to help formulate consultation policies across agencies.

Next is the appointment of the Nation’s first American Indian to a cabinet level position. Tribal leaders are urged to contact their US Senators to urge them to help make history by voting to approved Rep Deb Haaland’s nomination as Secretary of Interior. In this role, Secretary Haaland will play a key and pivot role in ensuring all agencies work collaboratively through the White House Council on Tribal Affairs. The National Congress of American Indians have voted to endorse Rep Haaland’s nomination and has posted a draft letter on their webpage (link listed below).