A Message to President Biden: No Prisoner Swap Needed to FREE Leonard Peltier 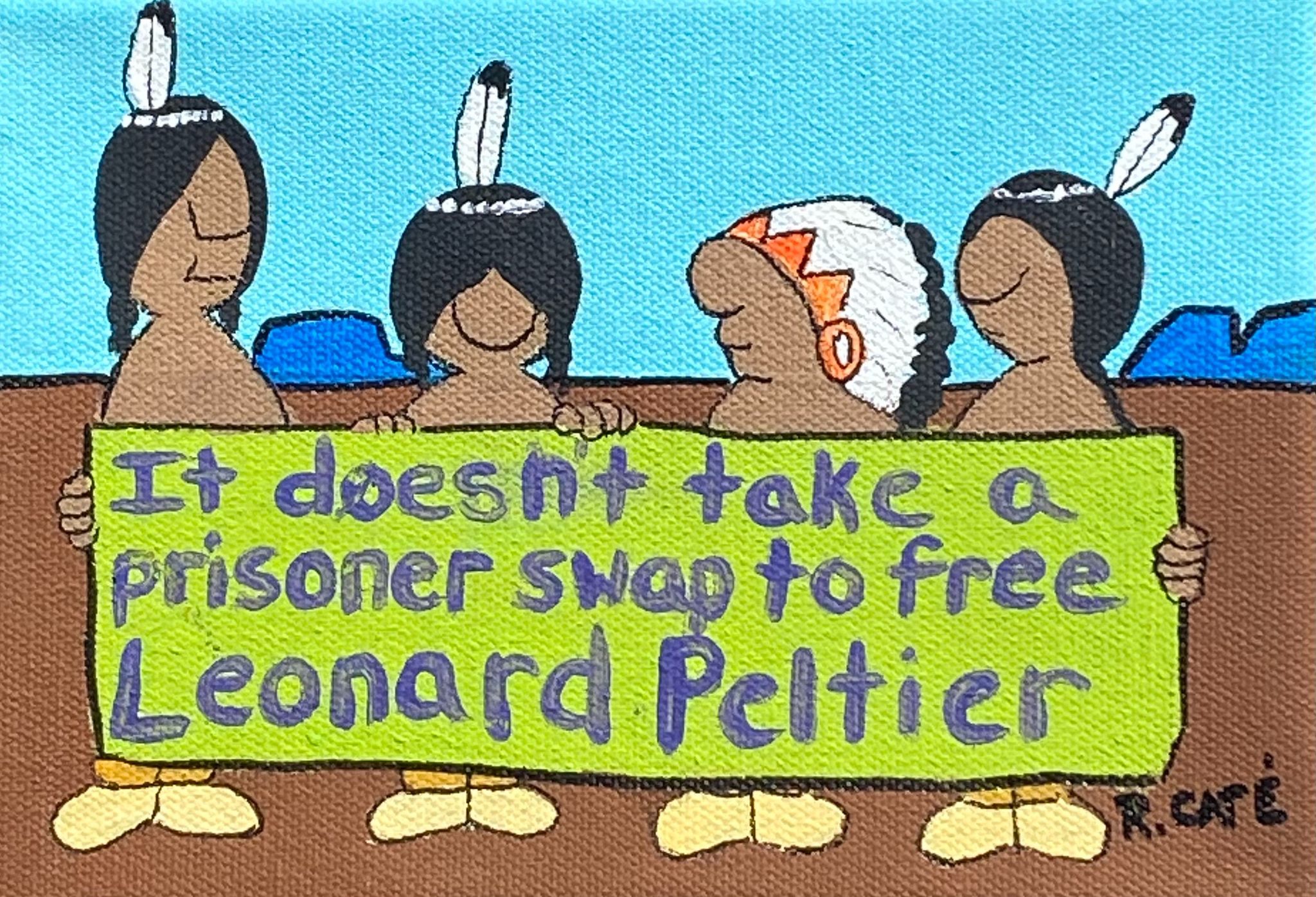 Opinion. As Americans were beginning their day this past Thursday, news spread quickly that President Joe Biden’s administration had worked out a deal for the release of Women’s National Basketball Association (WNBA) superstar and two-time Olympic gold medalist  Brittney Griner from a Russian penal colony.

Griner was arrested in February when customs officials in Moscow discovered vape canisters with cannabis oil in her luggage. She pleaded guilty to the offense, was sentenced to nine years and then transferred last month to the penal colony.

For months, Griner’s supporters put tremendous pressure on the Biden White House to do everything it could do to secure her release. As part of the negotiations, the Biden administration also worked to secure the release of Paul Whelan, a Michigan corporate security executive who had been held in Russia for four years on spying charges that are thought to be baseless.

In the end, only Griner was released through an exchange brokered by the State Department for arms dealer Viktor Bout, who is nicknamed “Merchant of Death.” He was convicted 11 years ago in by a jury in New York City of conspiracy to kill U.S. citizens and officials, delivery of military equipment and providing assistance to a terrorist organization. He was sentenced to the minimum of 25 years in prison.

Griner’s release required an exchange. Bout was the exchange. Critics are saying Bout for Griner was not an even exchange.

Caté’s cartoon, as usual, was on target for a bullseye.

President Biden would not have to worry about coming up with an arms dealer criminal to grant the release of Leonard Peltier (Turtle Mountain Ojibwe), who has been incarcerated for 47 years for a crime he did not commit.

Following a controversial trial, Peltier was convicted of aiding and abetting murder and has been imprisoned since 1977. Many people and human rights organizations, including Amnesty International, the Southern Christian Leadership Conference, National Congress of American Indians, the Robert F. Kennedy Memorial Center for Human Rights, Archbishop Desmond Tutu and others believe Peltier is a political prisoner who should be immediately released.

Kevin Sharp, former chief judge for the U.S. District Court for the Middle District of Tennessee and now in private practice, spends his time these days seeking the long-overdue release of Peltier.

He gave this statement to Native News Online on Saturday:

“I am happy Brittany Griner is home. Was her trade for Russian arms dealer Viktor Bout the right thing to do? That will be for history to decide. But there is another political hostage in this country, Leonard Peltier, and it doesn’t require a swap with the ‘Merchant of Death’ to bring him home. It merely requires the President to sign clemency papers. Leonard’s 47 year incarceration is the product of an FBI vendetta, and the continuation of the government’s mistreatment of Native Americans dating back hundreds of years. Enough is enough. Free Leonard Peltier.”

In a previous conversation with Native News Online in August 2021, Sharp said the federal government now admits they don’t know who shot the agents

“Rather than receiving equal protection under the law, Leonard Peltier was convicted based on fabricated evidence, perjured testimony, and a hidden exculpatory ballistics test. Leonard remains in prison not because of proof beyond a reasonable doubt but because of politics. His last chance at freedom is the collective voice of people who care and dare to stand up for justice and mercy,” Sharp said.

In the case of Griner, there was tremendous pressure put on the White House during the past 10 months to get her freed for what many believe was a miscarriage of justice.

Similarly, there has been a lot of pressure by Native American organizations and many others, including U.S. senators, to see Peltier rightfully set free.

Readers of Native News Online will know I have written several opinion columns calling for the release of Peltier. Obviously, there is a need to write more on this matter.

It is important to keep the pressure on the White House. Letters and calls should not  cease. The President should be reminded there is no prisoner swap needed to FREE Leonard Peltier.