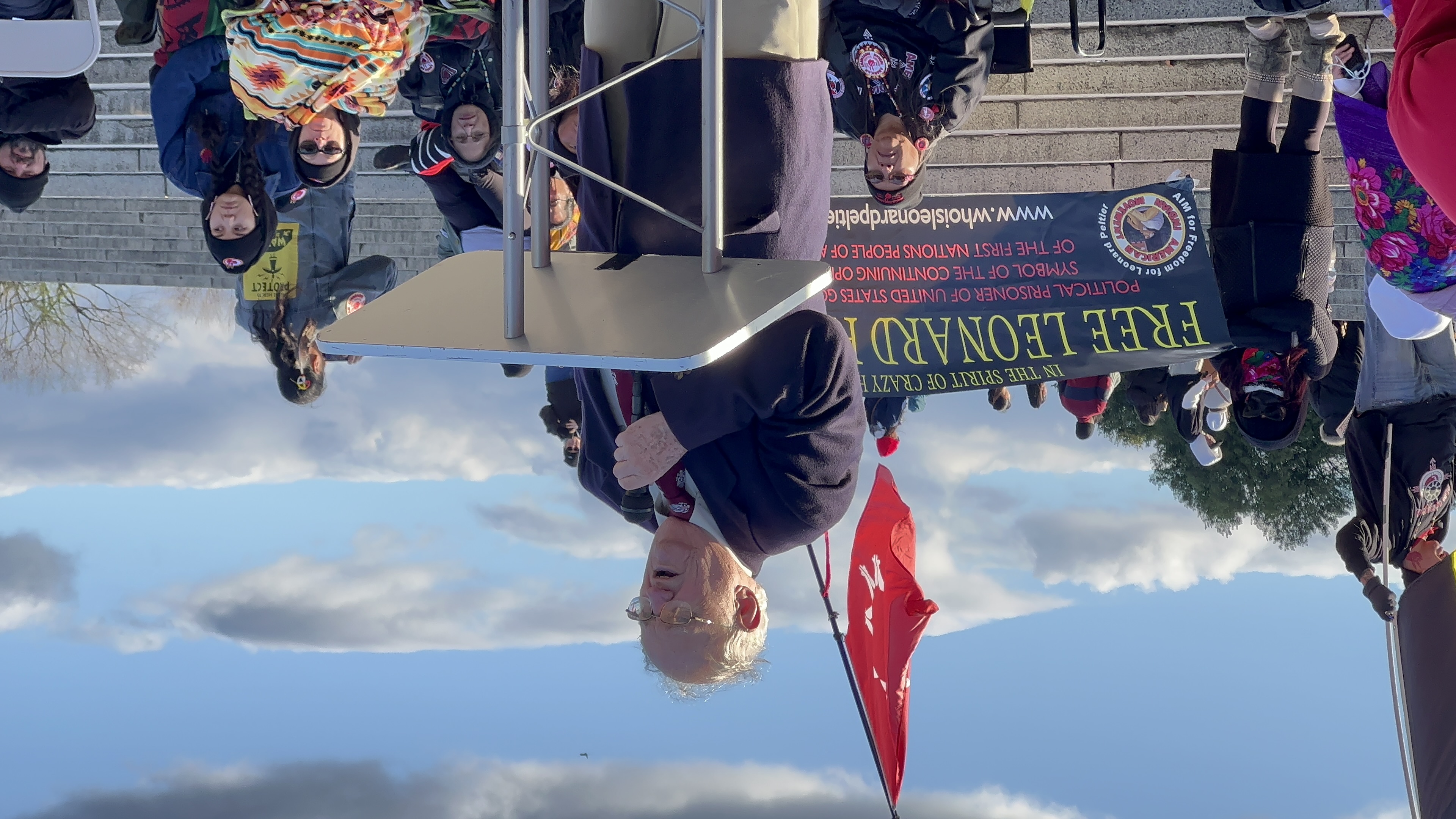 "Over the past several decades, clemency for Mr. Peltier has received sweeping support from many faith and human rights leaders, including Pope Francis, Archbishop Emeritus Desmond Tutu, Saint Mother Teresa, Nelson Mandela, the Dali Lama, and Coretta Scott King," the letter stated. "Each has articulated the moral imperative of granting Mr. Pelter clemency."

Peltier, 77, is convicted of aiding and abetting the murder of two Federal Bureau of Investigation (FBI) agents on the Pine Ridge Indian Reservation on June 26, 1975. He has been incarcerated for 47 years. There have been many attempts by organizations, politicians, and community and tribal leaders asking for Peltier's release. Peltier currently suffers from numerous critical health conditions, including a potentially fatal abdominal aortic aneurysm.

James Reynolds, a former U.S. Attorney who oversaw Peltier's appeal in the U.S. Eighth Circuit Court of Appeals, has also called for his clemency. Reynolds participated in the Walk to Justice rally in Washington, D.C. on Nov. 13 with thousands of Peltier's supporters and advocated to various Senators on Capitol Hill in the following days to submit a letter to President Biden.

"At the end of the Walk to Justice, we met with senators and staff on Capitol Hill in Washington D.C., requesting support and solidarity through a letter and pressure on the administration to grant clemency for Leonard," AIM Chapter Director Rachel Thunder told Native News Online. "The letter is one of many asking our elder Leonard Peltier to be granted clemency and finally released after 47 years of injustice. As AIM, we will continue to work toward the freedom of Leonard Peltier."

The letter comes a day before the 2022 White House Tribal Nations Summit convenes in Washington at the Department of Interior. Earlier this year, the Democratic National Committee unanimously passed a resolution asking President Biden to consider clemency for Peltier. The White House has not released a statement on whether President Biden is considering granting clemency for Peltier.